YouTube is Now Available as a PWA from Most Browsers

YouTube is now available as a progressive web application. This means in order to get YouTube opening in its own window, you no longer need to create a shortcut. Progressive web apps are becoming increasingly popular to use because they also allow deeper integration with the operating system which has also meant more features become available for the average site that makes the switch.

You can see YouTube’s progressive web app icon in the search bar of the browser window. If you don’t see it there, it could be because you’re running an older version of browser, in which case you would need to update, or it could also be that you already chose to not install the PWA and therefore the icon went away.  If you’re stuck in the latter situation, you can always open YouTube from another browser and try again. 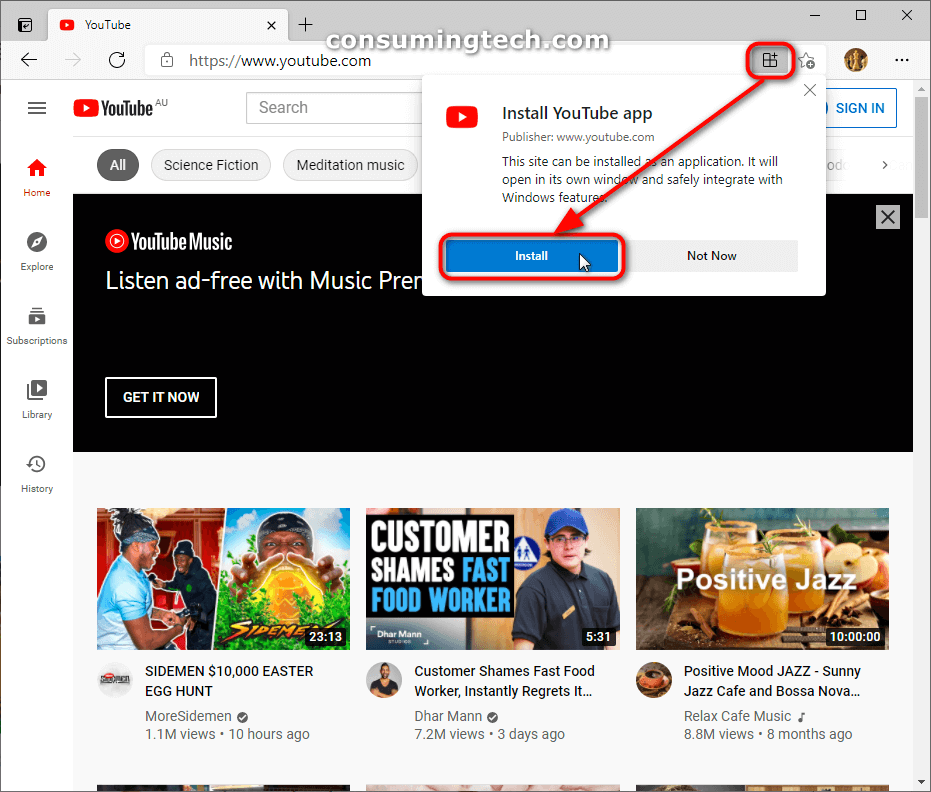 Progressive web apps are still a bit unusual. They don’t automatically install to the desktop which is probably a good thing, but when using a modern operating system like Windows 10, no one has any idea where the app actually goes. We notice this YouTube PWA in our list of All Apps on the Start menu, and as far as we can tell, that’s where they all will go and where you will get access to them. So, over time, assuming PWAs become more common, the Windows Start menu could become an absolute beacon for PWAs which would make Microsoft look very smart for having the Start menu.

You will notice immediately a new sidebar that gives direct access to exploring, subscriptions, library, and history. This is exactly the type of new feature you often get with PWAs that we were mentioning. 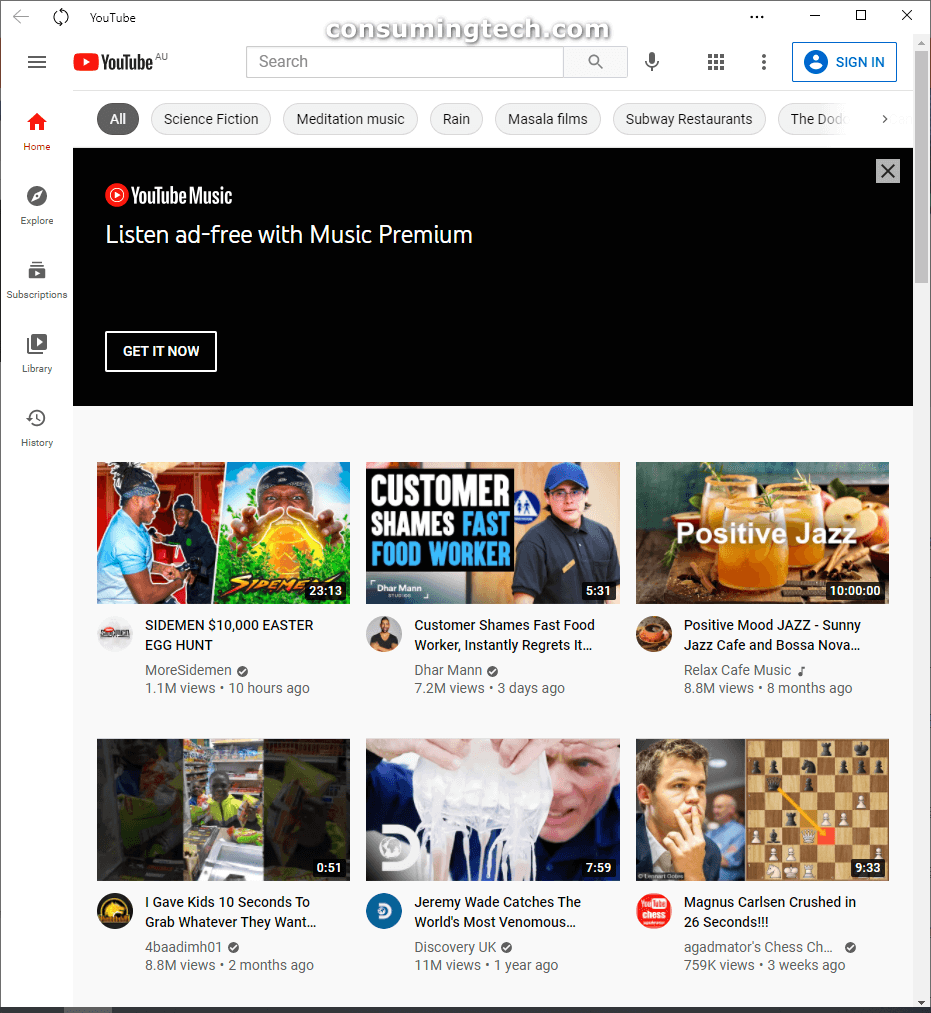 Here is an example of what the new left sidebar icons look like after you click on them: 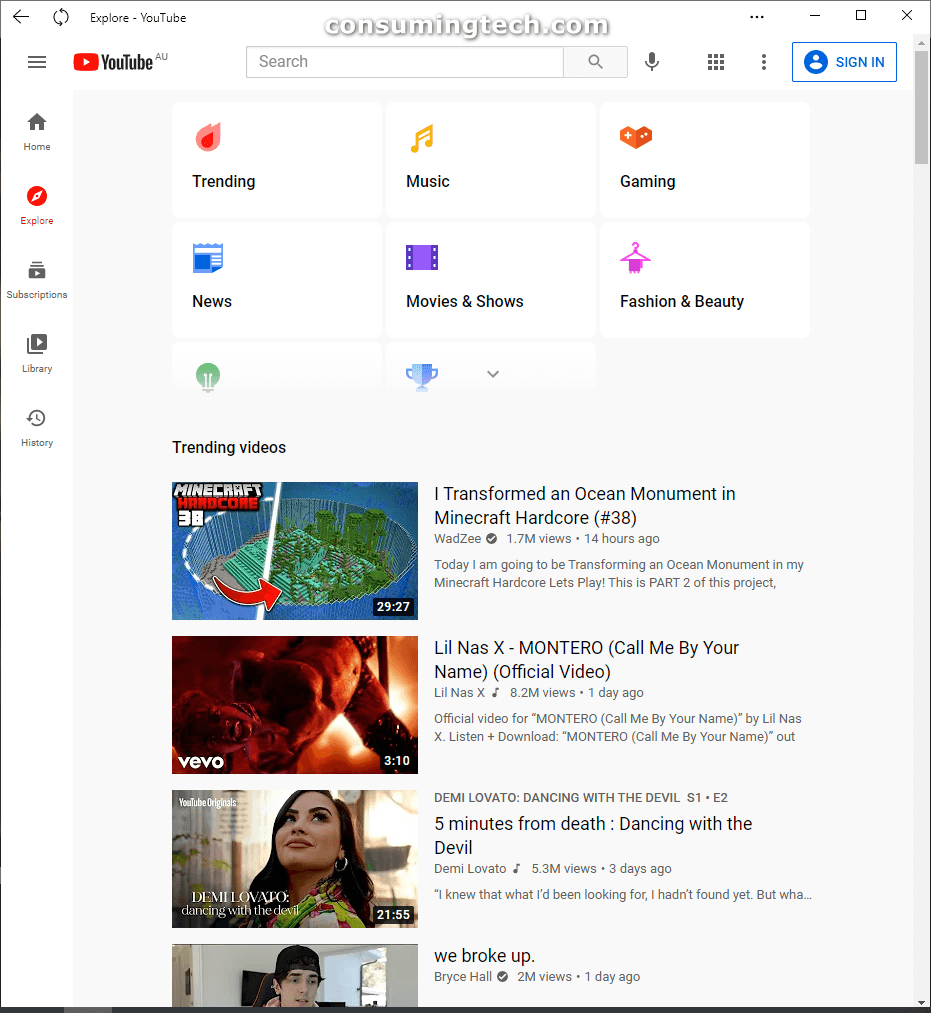 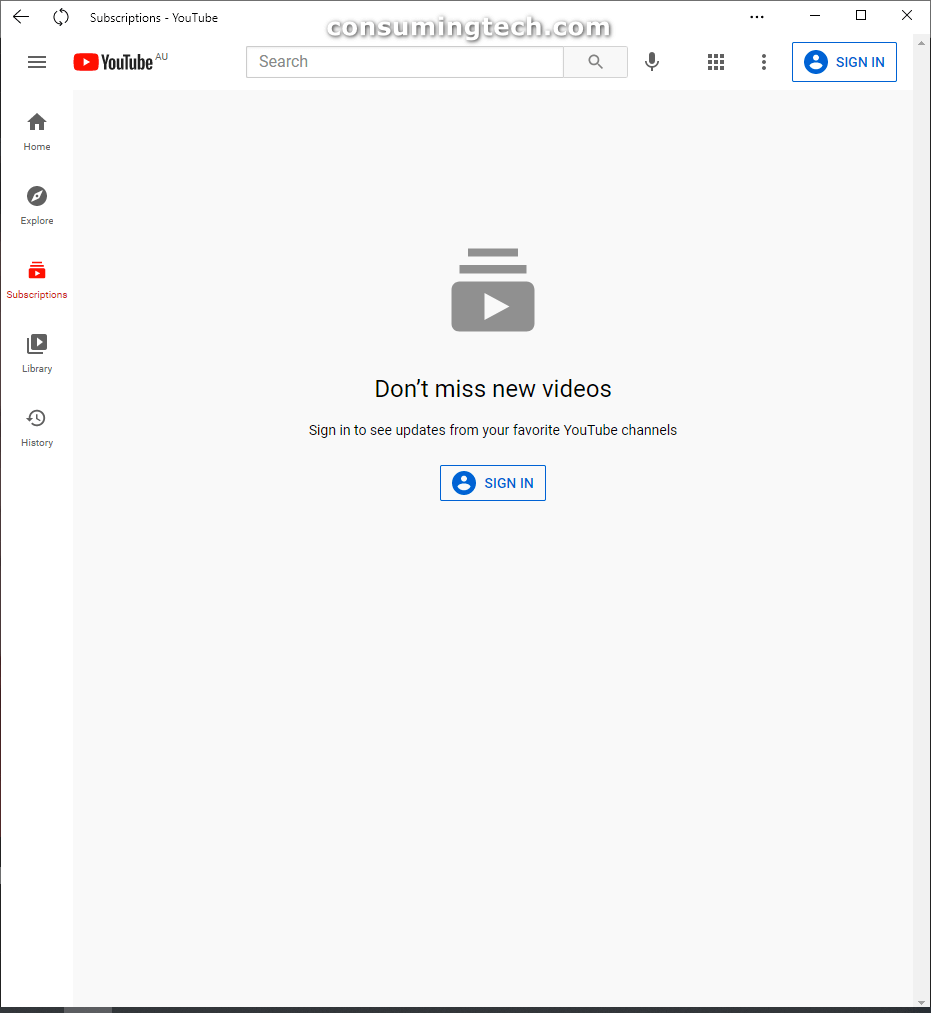 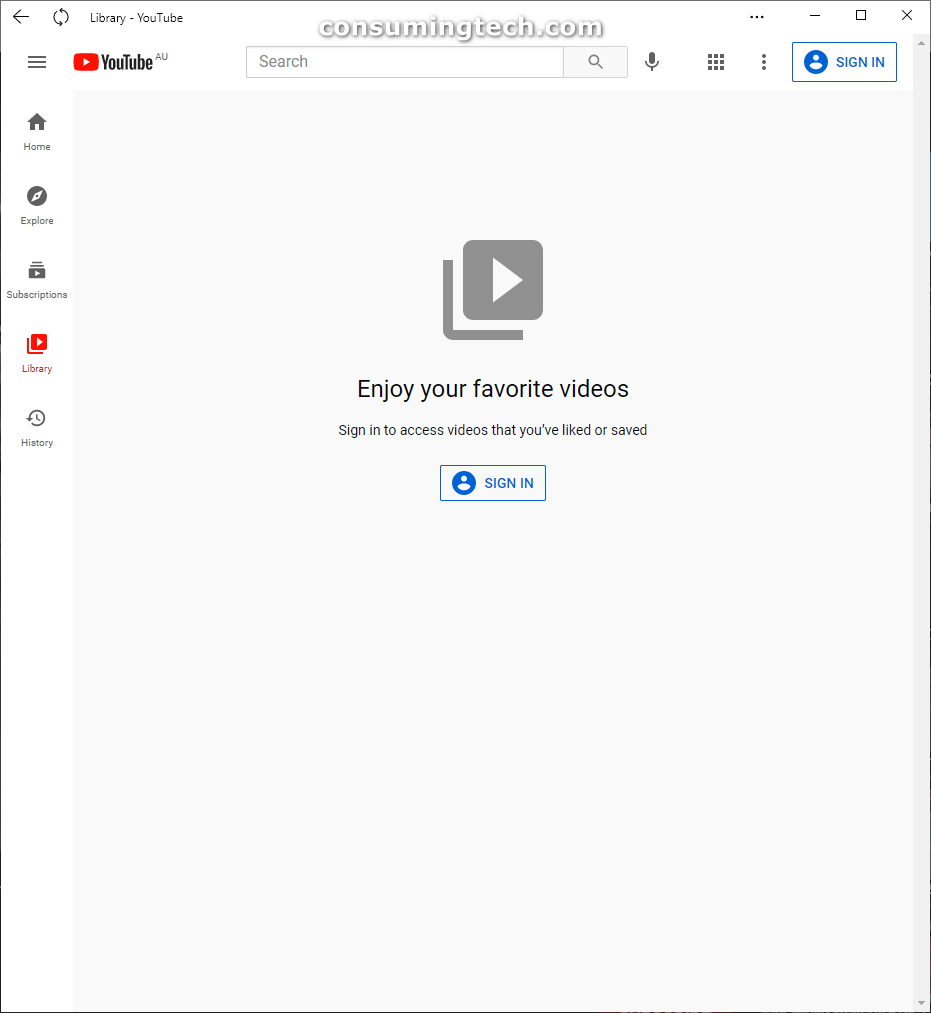 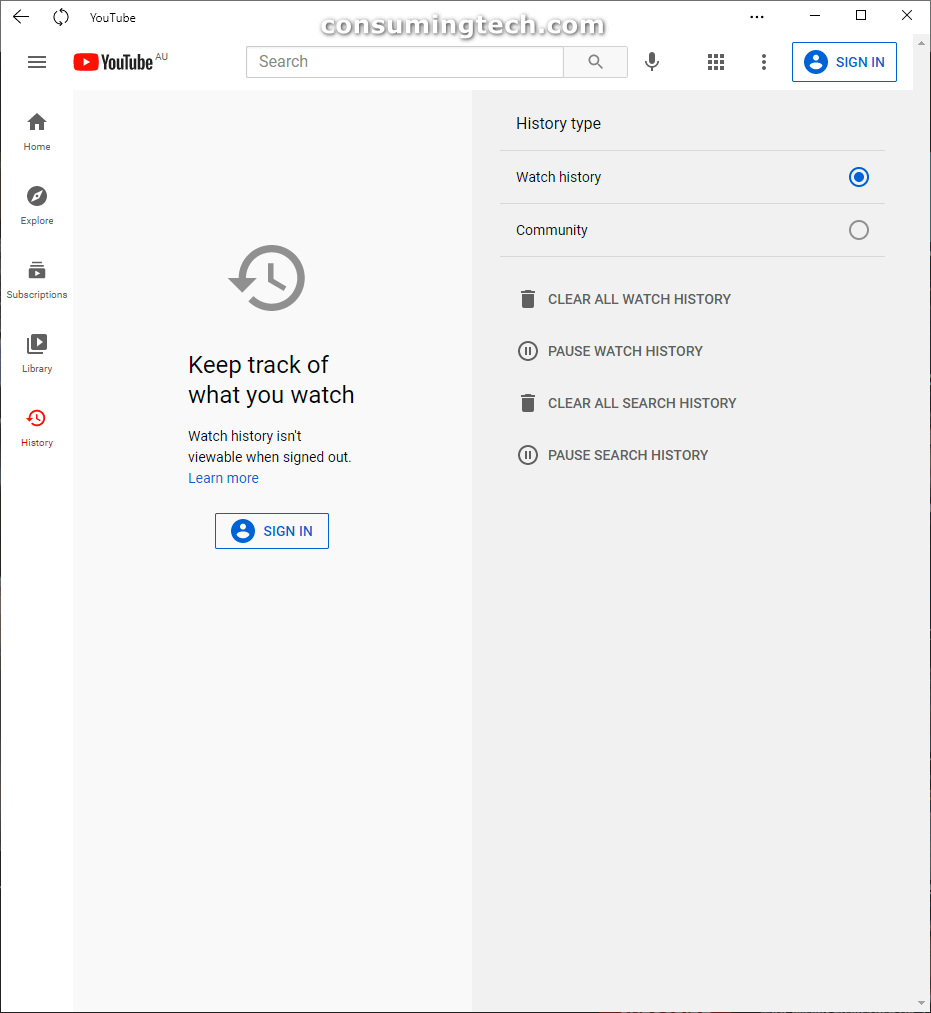 To get the full experience you would need to sign in to your YouTube account. If you are using a smartphone rather than a desktop, your operating system might have forced you into using an email client owned by that company — for instance if you use Android, you may have opened a Gmail account when setting up the phone — so you may want to sign into that often secondary email account people have for a customized YouTube experience that over time will be much better for your overall YouTube user experience.

Mathew is a qualified Microsoft Windows systems administrator (MCSA) who has covered OSs, browsers, the internet, and related tech since 2011. He is the founder and editor of ConsumingTech.com and is a freelance tech writer for various publications around the Web. Mathew graduated from DDLS Melbourne (now Lumify). He grew up in Melbourne and lives in rural Victoria, Australia. Read Mathew's full biography. Mathew's social profiles: Twitter, Facebook, Mastodon, Instagram, LinkedIn, and Github.
« Windows 10 KB5001460 Brings New Windows Feature Experience Pack» Windows Package Manager Getting Import, Export, and Uninstall Options in Next Preview