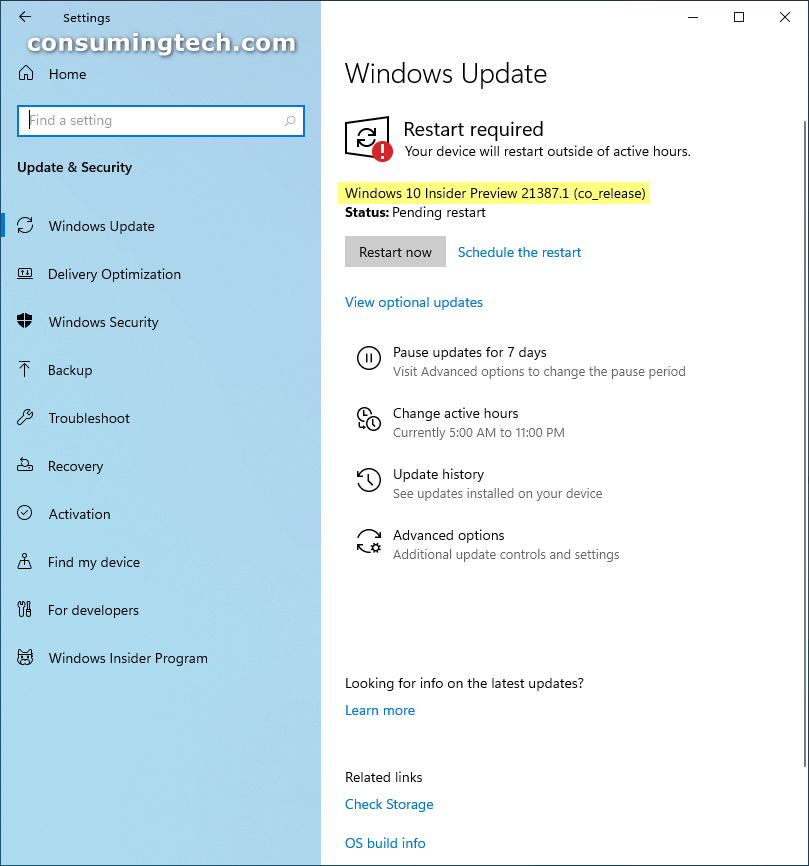 A new update that comes with the version number KB5001460 is rolling out to Windows 10 Insiders who are signed up to the beta and release preview channels if they are running on 20H2 or 21H1 versions at the moment. This update is releasing a new Windows Feature Experience Pack 120.2212.3530.0. The exact improvements of the update are listed below.

The following improvments are available in version KB5001460:

Mathew is a qualified Microsoft Windows systems administrator (MCSA) who has covered OSs, browsers, the internet, and related tech since 2011. He is the founder and editor of ConsumingTech.com and is a freelance tech writer for various publications around the Web. Mathew graduated from Lumify Melbourne in 2011. He grew up in Melbourne and lives in rural Victoria, Australia. Read Mathew's full biography. Mathew's social profiles: Twitter, Facebook, Mastodon, Instagram, LinkedIn, and GitHub.
« Vivaldi 3.6.2165.40 Update for Desktop and Android» YouTube is Now Available as a PWA from Most Browsers