The settings UI is very similar to what you would find with the main Windows 10 Settings app, only it isn’t the Windows 10 settings app. This is an entirely new space that is designed to look like the Settings app.

Note that we have used the Windows Terminal app — you can find plenty of tutorials that we’ve created already on it — and it’s good but does have some problems that will need to be fixed in upcoming updates. For instance, if you toggle off the option t show tabs, you are left with no way to get back into the settings UI and heading to the main Windows 10 settings won’t help you because they’re separate things and not connected in any way. (We’ve managed to work out a way around that problem if you’re ever interested which was to uninstall the app and reinstall it from the Microsoft Store. Don’t waste any time trying to do anything else.) 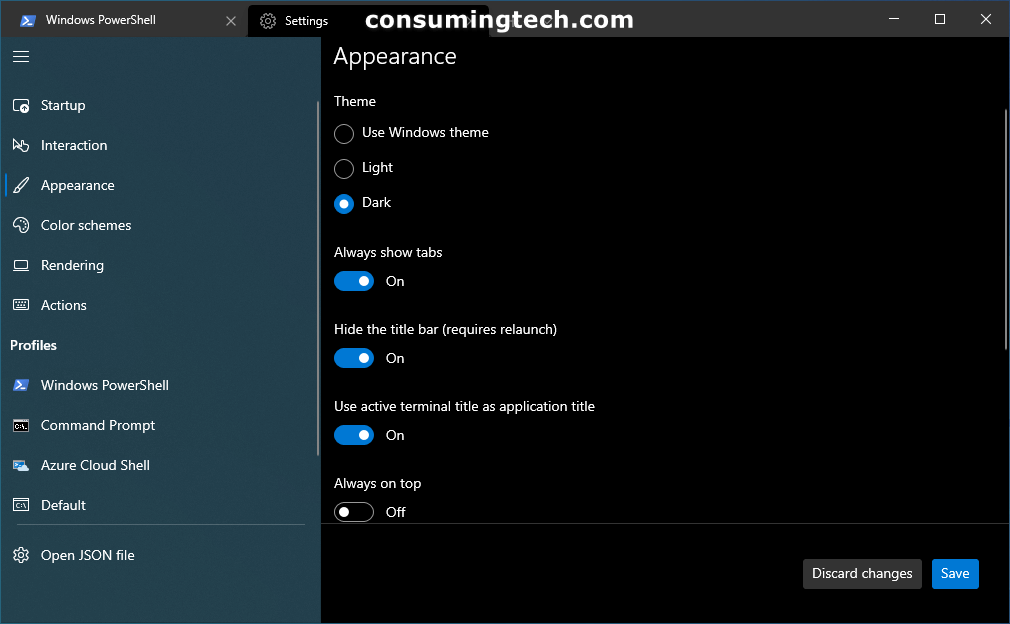 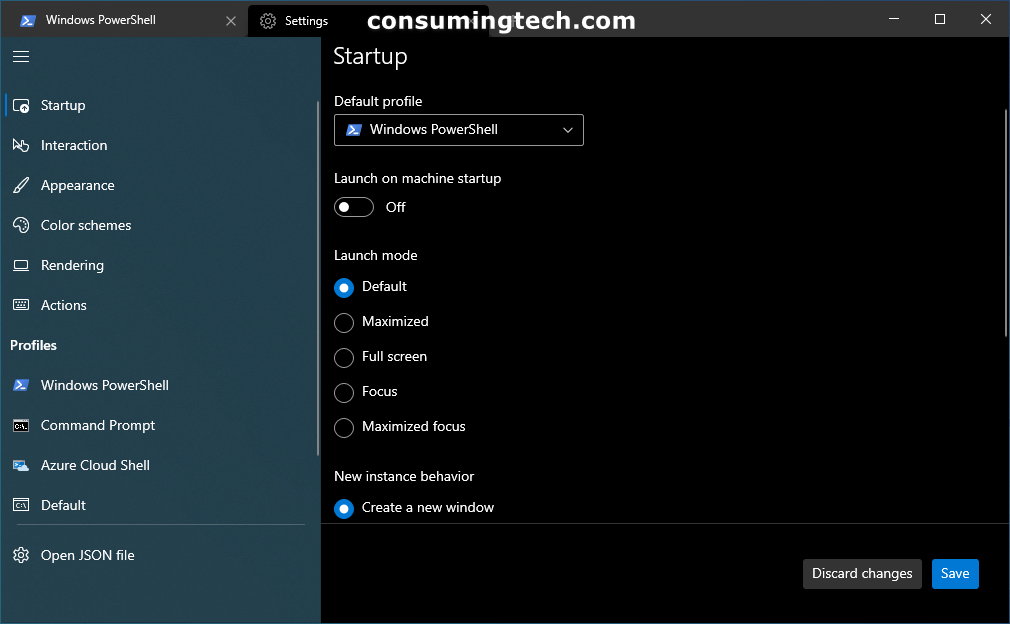 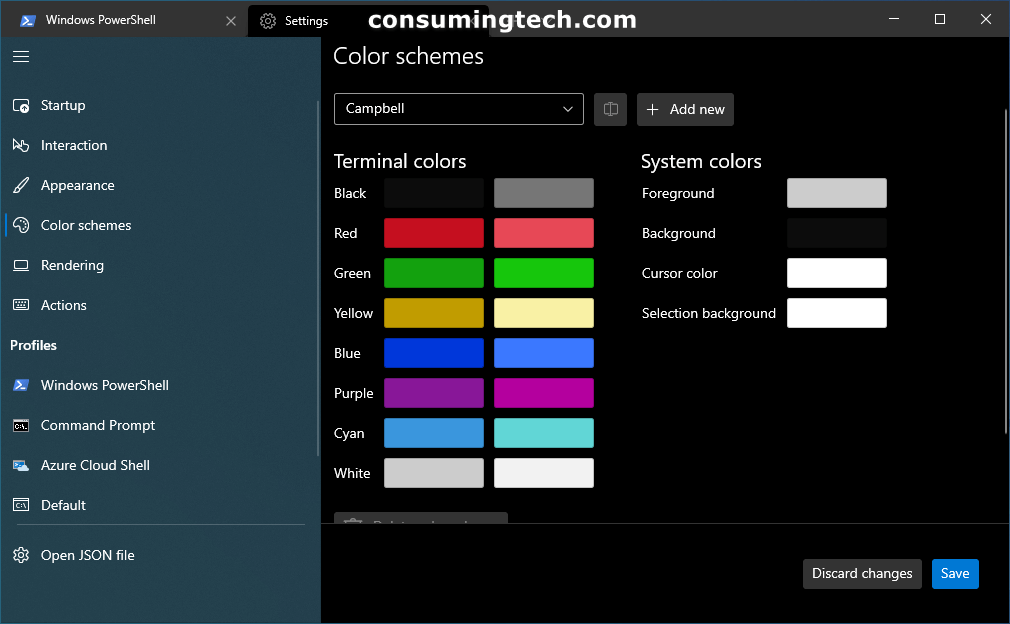 You can install the Windows Terminal from the Microsoft Store (and it’s important it stays there because you may need to reinstall from the MS Store as we’ve mentioned above; however, in more recent Windows 10 builds, Windows Terminal comes as an inbox app (default app).

Mathew is a qualified Microsoft Windows systems administrator (MCSA) who has covered OSs, browsers, the internet, and related tech since 2011. He is the founder and editor of ConsumingTech.com and is a freelance tech writer for various publications around the Web. Mathew graduated from DDLS Melbourne (now Lumify) in 2011. He grew up in Melbourne and lives in rural Victoria, Australia. Read Mathew's full biography. Mathew's social profiles: Twitter, Facebook, Mastodon, Instagram, LinkedIn, and GitHub.
« Windows 10 KB4598242 Improves Security of Peripherals and Windows Basic Operations» Windows 10 Insider Preview Build 21301 Comes with Aero Shake and Changes to Touch Keyboard