The KB5001330 update improves security when Windows performs basic operations and improve security when using input devices such as a mouse, keyboard, or pen. 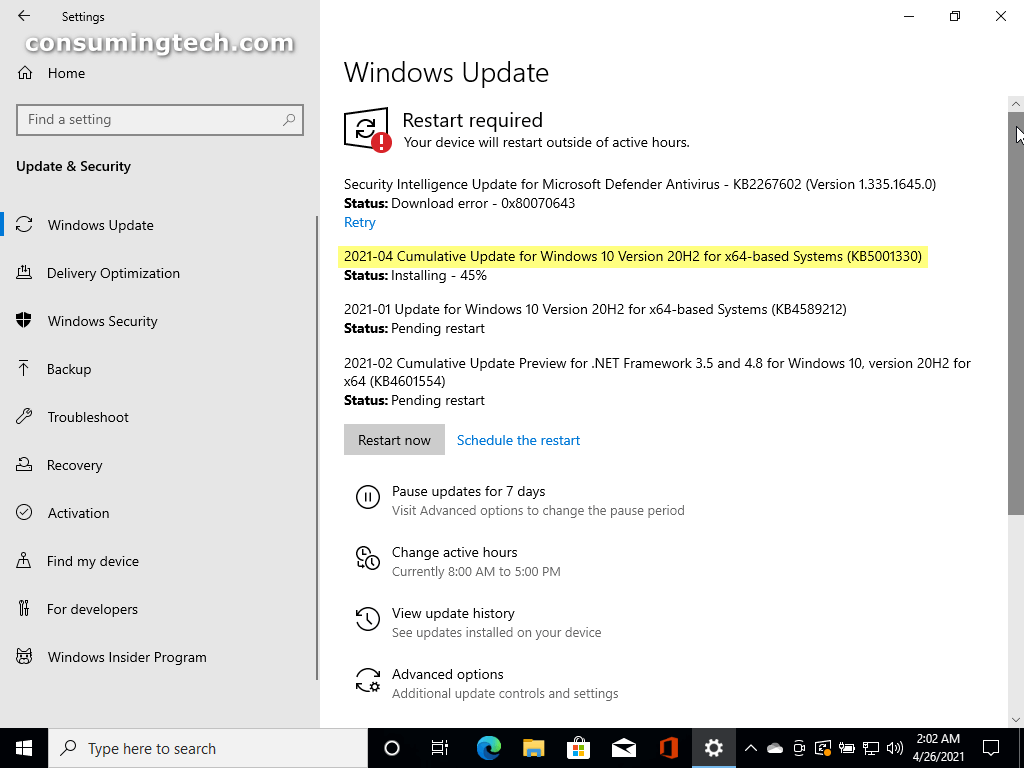 As part of the end of support for Adobe Flash, KB4577586 is now available as an optional update from Windows Update (WU) and Windows Server Update Services (WSUS). Installing KB4577586 will remove Adobe Flash Player permanently from your Windows device. Once installed, you cannot uninstall KB4577586. For more details about Microsoft’s plans, see Update on Adobe Flash Player End of Support.

Gamers should note that Microsoft has admitted “a small subset of users have reported lower than expected performance in games” with a few of Windows 10’s latest updates, one of which is the KB5001330. NVIDIA recommends uninstalling the Windows updates that cause your computer problems. This can be done from the Settings app in Windows 10 rather easily, so don’t worry about updating and giving it a go.

Mathew is a qualified Microsoft Windows systems administrator (MCSA) who has covered OSs, browsers, the internet, and related tech since 2011. He is the founder and editor of ConsumingTech.com and is a freelance tech writer for various publications around the Web. Mathew graduated from DDLS Melbourne (now Lumify) in 2011. He grew up in Melbourne and lives in rural Victoria, Australia. Read Mathew's full biography. Mathew's social profiles: Twitter, Facebook, Mastodon, Instagram, LinkedIn, and GitHub.
« Edge Stable 90.0.818.46 Released to Close Five Security Holes» Microsoft Edge 90.0.818.49 Fixes Bugs and Performance Issues