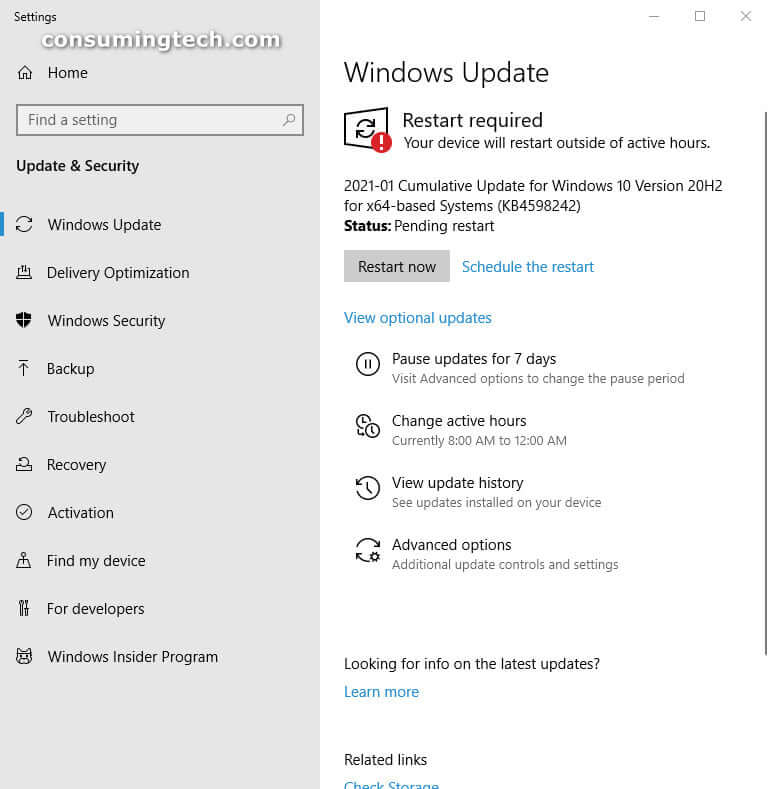 The Windows 10 KB4598242 is rolling out now. It brings improved security for gaming controllers. It also improved the security of some other basic Windows operations.

The following are the highlights of version KB4598242:

The following are the improvements and fixes found in version KB4598242:

According to Reddit, some users have reported this update to fail for their computers. It is not the first time users have reported such problems with certain Windows updates. Some of the reported error codes are as follows: 0x80070002, 0x800719e4, 0x80073701, 0x800f081f. Also according to Reddit, you can solve those errors by repairing the installation of Windows 10 with an in-place upgrade.

Mathew is a qualified Microsoft Windows systems administrator (MCSA) who has covered OSs, browsers, the internet, and related tech since 2011. He is the founder and editor of ConsumingTech.com and is a freelance tech writer for various publications around the Web. Mathew graduated from DDLS Melbourne (now Lumify). He grew up in Melbourne and lives in rural Victoria, Australia. Read Mathew's full biography. Mathew's social profiles: Twitter, Facebook, Mastodon, Instagram, LinkedIn, and Github.
« Windows 10 KB4586876 Fixes WPF Issue, Improves Runtime» Windows Terminal App Now Comes with Own Settings UI