Windows 10 Insider Preview 10.0.21364.1000 is now rolling out to Insiders. This update doesn’t contain much that is new. It is said by Microsoft to be an update purely for testing its servicing pipeline.

That said, Microsoft then goes onto list quite a few features which build 21364 contains. They are indeed of interest to us and are as follows: 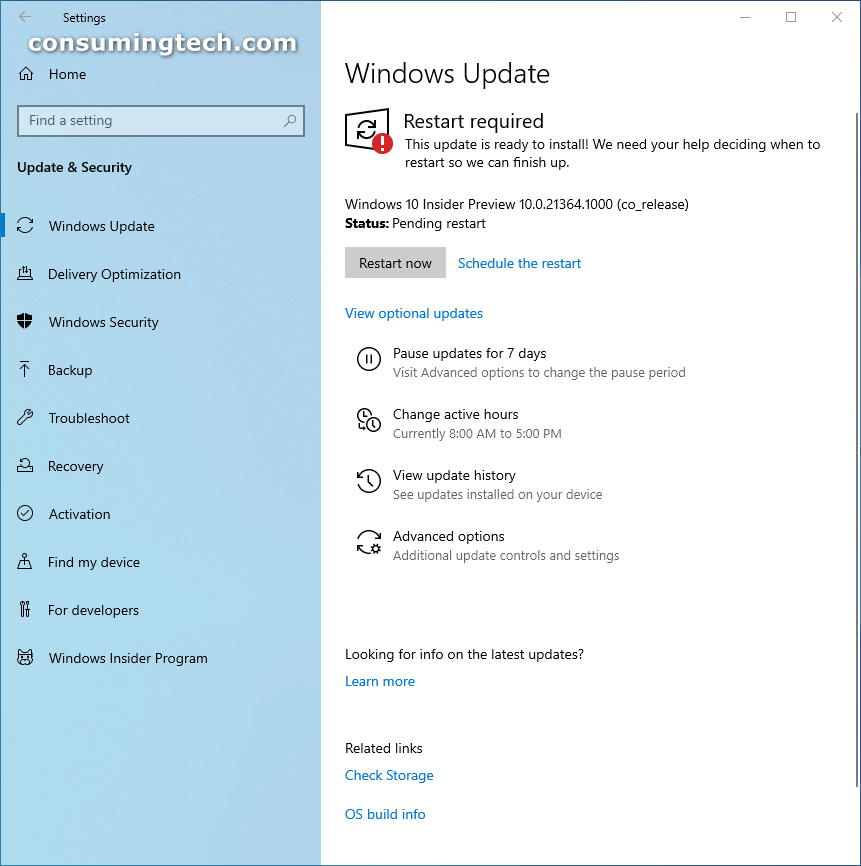 The Windows Subsystem for Linux now includes a first preview of support for GUI applications! This means you can now run your favorite GUI editors, tools, and applications, to develop, test, build and run your Linux apps.

Read more: The Initial Preview of GUI app support is now available for the Windows Subsystem for Linux 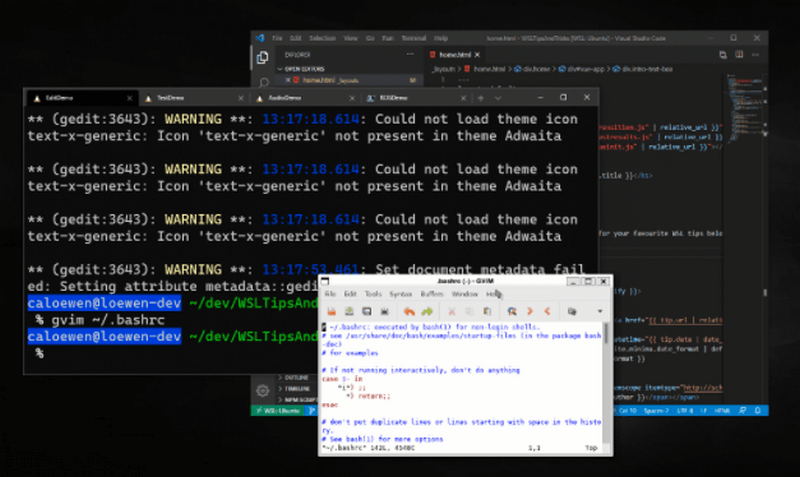 You can now find much more information regarding Microsoft Edge in the Task Manager. No longer does it just say Microsoft Edge as a process; instead, you get many more details to help you understand your Edge resource management. Information such as the resources each extension is using, so forth, is now available to you. Note that if you chose to end one of the tasks which is that of an extension it will result in that extension being off. Given the complications that may cause to some, it is interesting Microsoft has been willing to offer such information. Nevertheless, we aren’t complaining. If you do struggle to get your extensions working as you require them you ought to look up the appropriate tutorial on how to re-enable them. 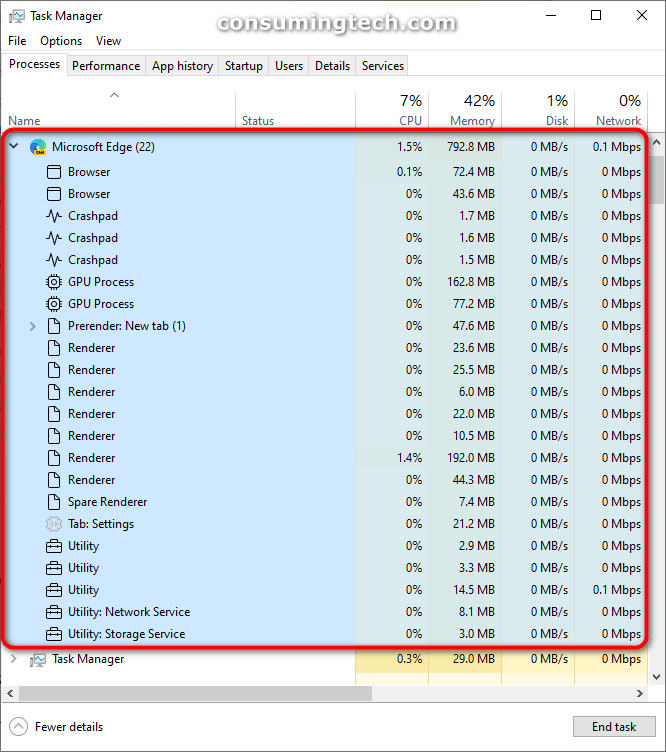 Note that after initially updating a computer to become a Windows Insider, even though you are on the right builds, it may take a while for the Task Manager to begin showing you the Microsoft Edge process classification. We aren’t sure why that happens yet but have noticed it happening to us. Thankfully we managed to get the screenshot (featured above).

Windows claims the feature is available on the latest Insider Dev and Canary builds, though that is what we’re on and we don’t see it. Indeed we have also tried opening the Dev or Canary Edge builds and that didn’t show it either. It could be the feature has been removed already rather than us not having it yet. More on this as we learn about it. 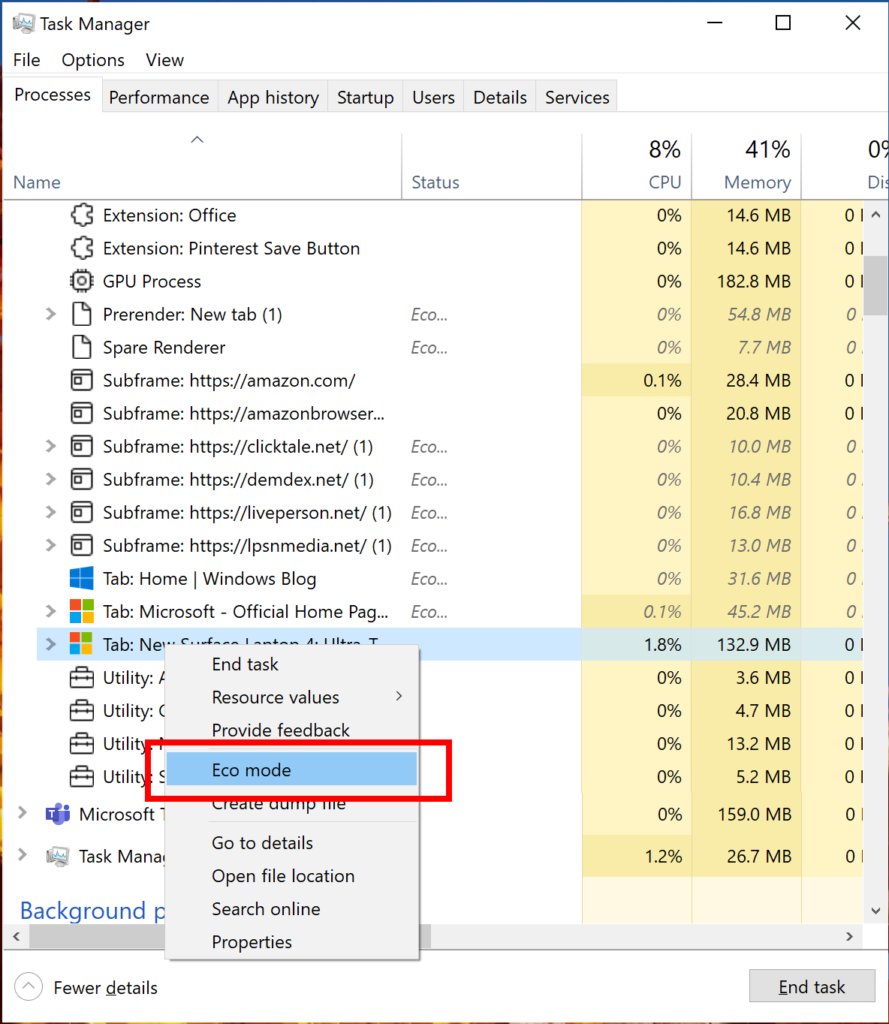 Build 21364 also contains a new touch keyboard layout for Japanese. Dubbed the 50-on touch keyboard, the new layout is a popular layout widely used for Kiosk devices in Japan.

Mathew is a qualified Microsoft Windows systems administrator (MCSA) who has covered OSs, browsers, the internet, and related tech since 2011. He is the founder and editor of ConsumingTech.com and is a freelance tech writer for various publications around the Web. Mathew graduated from DDLS Melbourne (now Lumify). He grew up in Melbourne and lives in rural Victoria, Australia. Read Mathew's full biography. Mathew's social profiles: Twitter, Facebook, Mastodon, Instagram, LinkedIn, and Github.
« Vivaldi 3.8.2259.32 Fixes Bugs and Performance Issues» Edge Dev 91.0.864.1 is Final Build for Edge 91