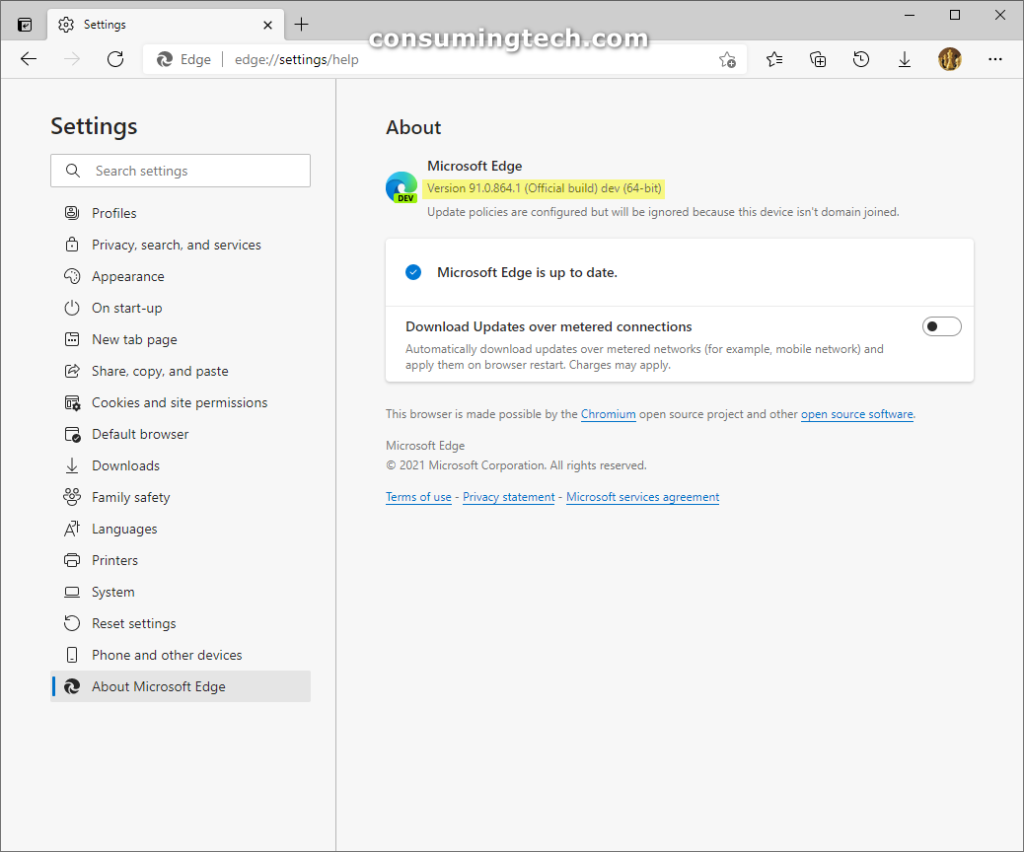 Microsft Edge Dev channel has been updated to version 91.0.864.1. This is quite a significant update with numerous noteworthy features. There is a reason for those features: Microsoft is calling this the last build version for Edge 91.

These browser updates while often being available to download and install manually are usually updated automatically between closing and opening the browser. However, if your browser is still open, you may also check for updates by navigating to Settings > About Microsoft Edge.

Microsoft Edge is coming along well. Many users are complimenting Microsoft Edge developers and the work they are doing to close the gap between it and Google Chrome. One of the most liked features Edge has implemented lately is having the download bar appear at the top of the browser window in the Favorites section. To us this is one feature that was actually a bit confusing, but if others are enjoying it then who are we to complain. The downloads are easy enough to find from the Settings menu (one of the first things to be shown in the menu) so no one can be too dissatisfied.

Mathew Diekhake is a certified Microsoft Systems Administrator from Australia and also the founder and editor of ConsumingTech.com. With a never ebbing desire to cover technology, he is mostly consumed by Windows, Linux, and Android. However, he has spent stacks of hours learning about a variety of computer software, both formally and informally, and has authored tens of thousands of tutorials and news articles since 2011. Mathew has obtained many Microsoft certificates and is a qualified sysadmin (MSCA). Read Mathew's full biography. Mathew's social profiles: Twitter, Facebook, Instagram, LinkedIn, Github
« Windows 10 Insider Preview 10.0.21364.1000 Tests Servicing Pipeline» Microsoft Edge 92.0.871.0 Rolling Out Now