Microsoft Edge Dev 90.0.782.0 is released and it comes with a new Downloads and Collections experience which can be accessed from the right side of the address bar.

The new Downloads icon is similar to what other browsers to date have offered; even the symbol itself is common for downloading. The Collections on the other hand is quite interesting and is indeed something entirely new from Microsoft. 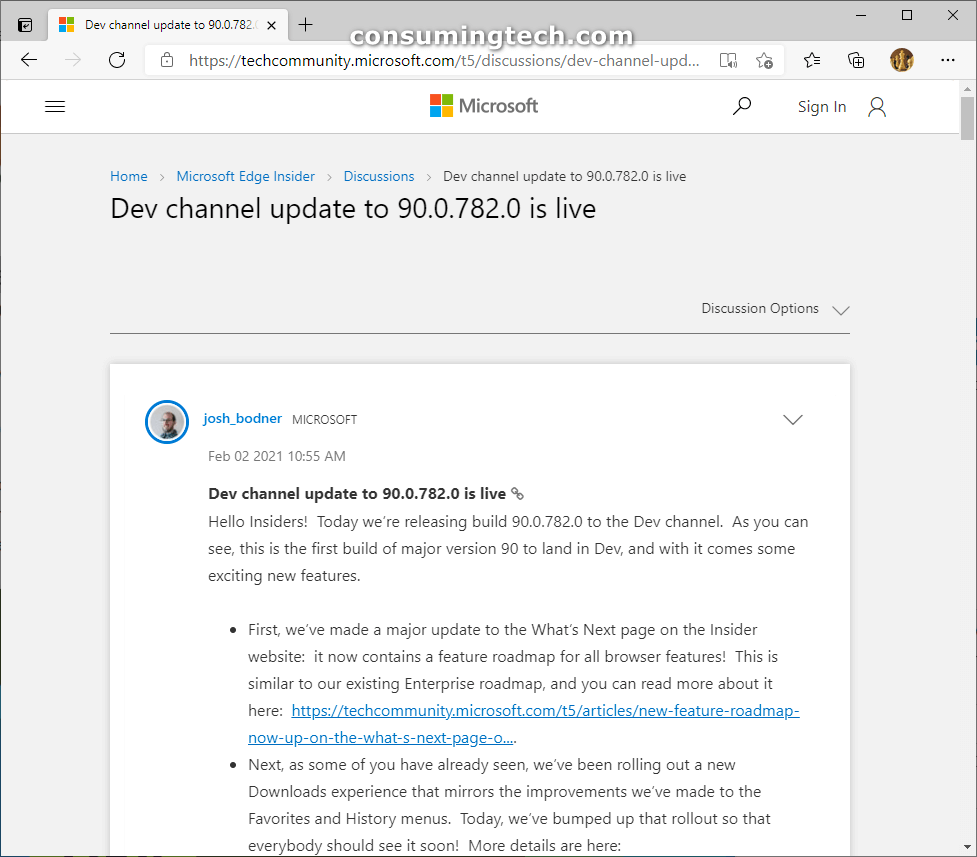 To get the most out of Collections you really want to pair it with your smartphone which can be done by downloading Collections for Android and iOS. On the desktop side, you get the Collections icon available by default and you can click on it similarly to the screenshot below.

When trying Collections, the first thing you’ll see is a suggestion to try Pinterest for ideas. We still aren’t huge fans of Pinterest. We do see it all over search results like everyone else but we find browsing Pinterest images quite annoying, and the method they use to gain traffic — creating links to fairly irrelevant images — quite spammy. If we can get off Pinterest we usually do as soon as possible. Since it is already a monopoly over what it does, the growth potential is certainly there, but we advise skipping the connection for now. By clicking No Thanks the next thing you’ll see is the chance to start a new collection. Here it allows you to connect to articles that you may find interesting from Bing’s default MSN website.

Mathew Diekhake is a certified Microsoft systems administrator from Australia and also the founder and editor of ConsumingTech.com. With a never ebbing desire to cover technology, he is mostly consumed by Windows, Linux, and Android. However, he has spent stacks of hours learning about a variety of computer software, both formally and informally, and has authored tens of thousands of tutorials and news articles since 2011. Mathew has obtained many Microsoft certificates and is a qualified sysadmin (MSCA). Read Mathew's full biography. Mathew's social profiles: Twitter, Facebook, Instagram, LinkedIn, Github
« Microsoft Edge Dev 91.0.838.3 Released with Microsoft Account Sign-in on Linux» KB4023057 Update for Windows 10 Update Service Components (Mar 17)