This library describes the Windows Security app, and provides information on configuring certain features, including:

In Windows 10, version 1709 and later, the app also shows information from third-party antivirus and firewall apps. 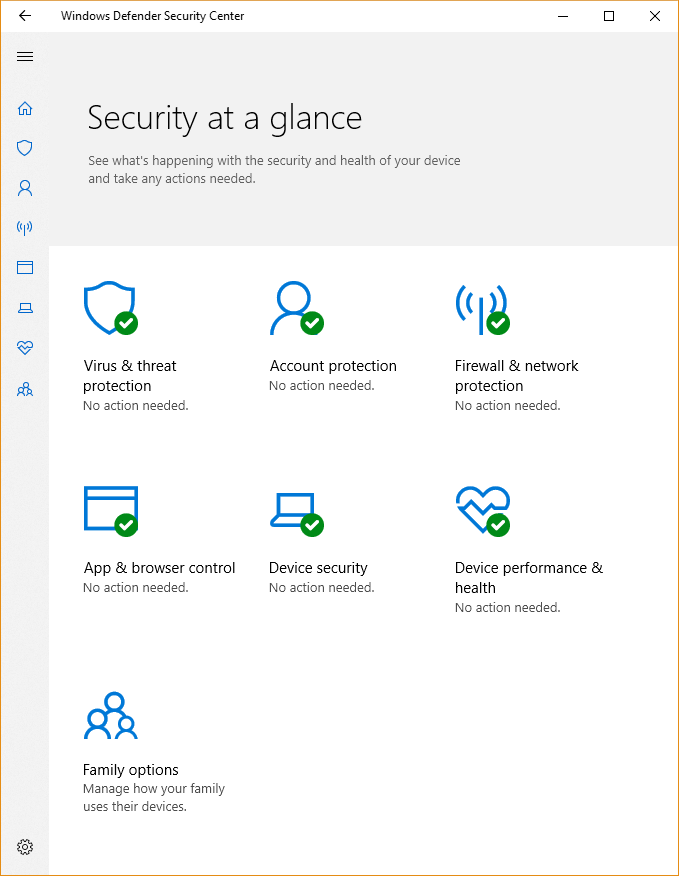 You can’t uninstall the Windows Security app, but you can do one of the following:

You can find more information about each section, including options for configuring the sections – such as hiding each of the sections – at the following topics:

Note: If you hide all sections then the app will show a restricted interface, as in the following screenshot:

1. Click the icon in the notification area on the taskbar. 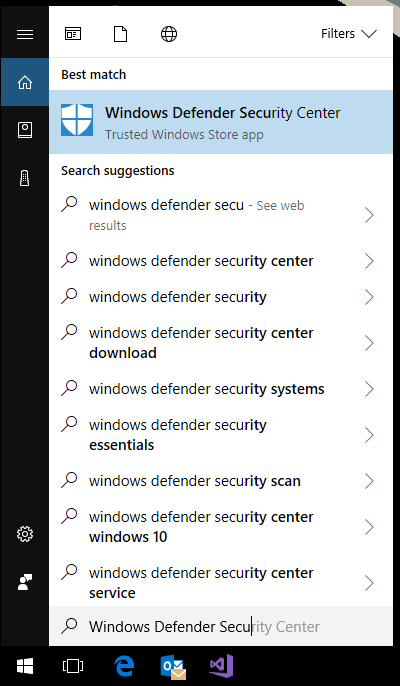 3. Open an area from Windows Settings. 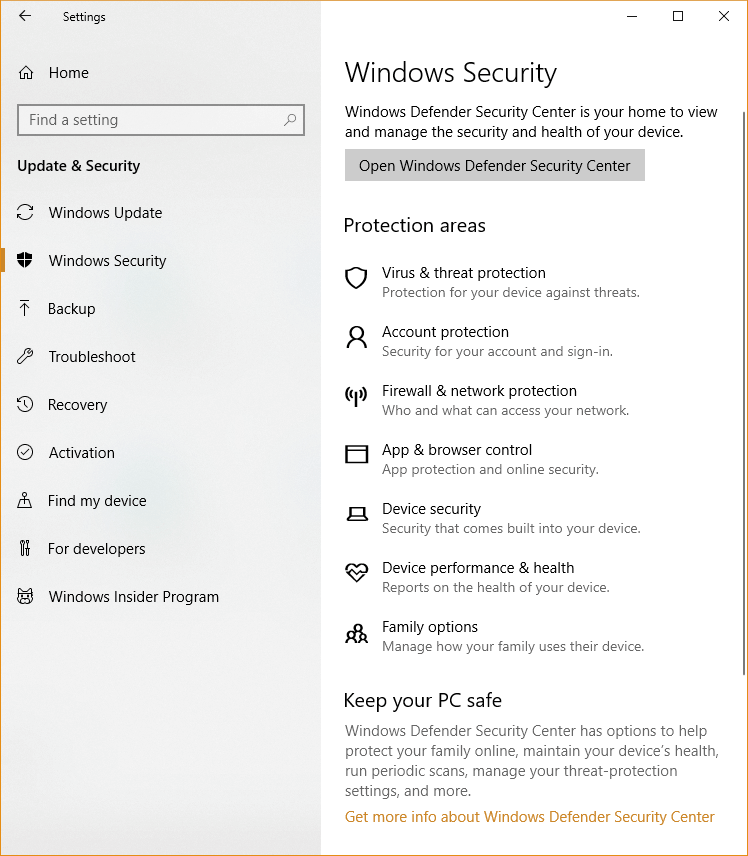 Note: Settings configured with management tools, such as Group Policy, Microsoft Intune, or Microsoft Endpoint Configuration Manager, will generally take precedence over the settings in the Windows Security. See the topics for each of the sections for links to configuring the associated features or products.

How the Windows Security app works with Windows security features

Microsoft Defender AV will be [disabled automatically when a third-party antivirus product is installed and kept up to date]/microsoft-365/security/defender-endpoint/microsoft-defender-antivirus-compatibility).

Warning:
If you disable the Security Center service, or configure its associated Group Policy settings to prevent it from starting or running, the Windows Security app may display stale or inaccurate information about any antivirus or firewall products you have installed on the device.

This will significantly lower the protection of your device and could lead to malware infection.

The Windows Security app operates as a separate app or process from each of the individual features, and will display notifications through the Action Center.

It acts as a collector or single place to see the status and perform some configuration for each of the features.

Disabling any of the individual features (through Group Policy or other management tools, such as Microsoft Endpoint Configuration Manager) will prevent that feature from reporting its status in the Windows Security app. The Windows Security app itself will still run and show status for the other security features.

Important: Individually disabling any of the services will not disable the other services or the Windows Security app.

For example, using a third-party antivirus will disable Microsoft Defender Antivirus. However, the Windows Security app will still run, show its icon in the taskbar, and display information about the other features, such as Windows Defender SmartScreen and Windows Defender Firewall.

Mathew is a qualified Microsoft Windows systems administrator (MCSA) who has covered OSs, browsers, the internet, and related tech since 2011. He is the founder and editor of ConsumingTech.com and is a freelance tech writer for various publications around the Web. Mathew graduated from DDLS Melbourne (now Lumify). He grew up in Melbourne and lives in rural Victoria, Australia. Read Mathew's full biography. Mathew's social profiles: Twitter, Facebook, Mastodon, Instagram, LinkedIn, and Github.
« Edge Dev 90.0.782.0 Offers New ‘Collections’ and ‘Downloads’ Icons» KB4023057 Update for Windows 10 Update Service Components (Mar 17)