The Windows 11 operating system has been updated to version KB5005188. This update to the Dev channel was released on August 6, 2021.

Windows 11 KB5005188 is the fifth cumulative update for Windows 11 RTM Build 22000 and brings with it brings several improvements over the previous Windows version. 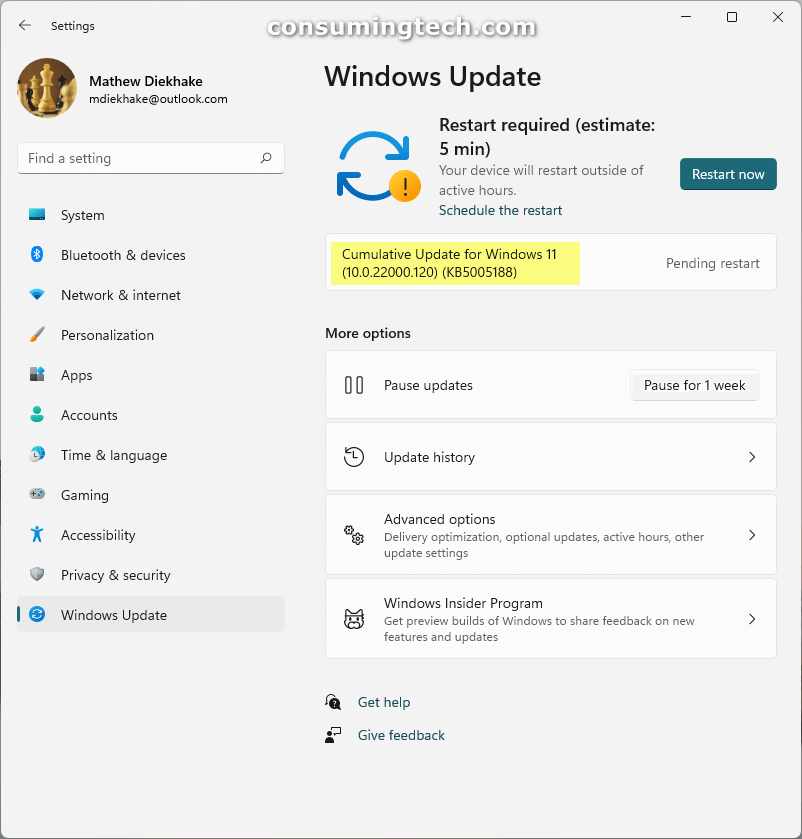 Windows 11 KB5005188 has updated the File Explorer context menu. Now when you right-click in File Explorer, the menu is better suited to the size of your device. Microsoft had been experimenting with different sizes for the context menu since Windows 10, and previously, it had been larger, which made it perhaps too large on some devices. It’s still on the larger side of sizes, but not so large that it cramps a desktop display anymore.

The Microsoft Store has also received an upgrade with this update. Now as soon as you open it, you will see the Spotlight feature automatically scrolling every few seconds to reveal the next tile it wishes to showcase so you don’t have to manually scroll through the list yourself.

Those are some of the highlights but there are still a tone of other changes, improvments, and fixes included in this update. You can read the rest of them from the Microsoft blog post here: Announcing Windows 11 Insider Preview Build 22000.120.

Mathew Diekhake is a certified Microsoft systems administrator from Australia and also the editor of ConsumingTech.com. He has been inseparable from the internet since Web 2.0 in 2005 and by 2008 decided on a career within IT. With a never ebbing desire to cover technology, he spends most days consumed by Windows, Linux, and Android in particular; however, he has spent innumerable hours learning consumer tech software in general, formally and as an autodidact, and has authored tens of thousands of tutorials and news articles since 2011. Mathew has obtained numerous Microsoft certificates and is a qualified sysadmin (MSCA). Read Mathew's full biography. Mathew's social profiles: Twitter, Facebook, Instagram, LinkedIn, Github, Reddit.
« Windows 11 KB5004342 Cumulative Update for .NET Framework 3.5 and 4.8» Windows 11 KB5005190 Brings Updated Snipping Tool, Calculator, and More