Windows 11 build 10.0.22000.100 is the fourth public beta release of Windows 11. It comes with some improvements, but there are no major features included in this build. 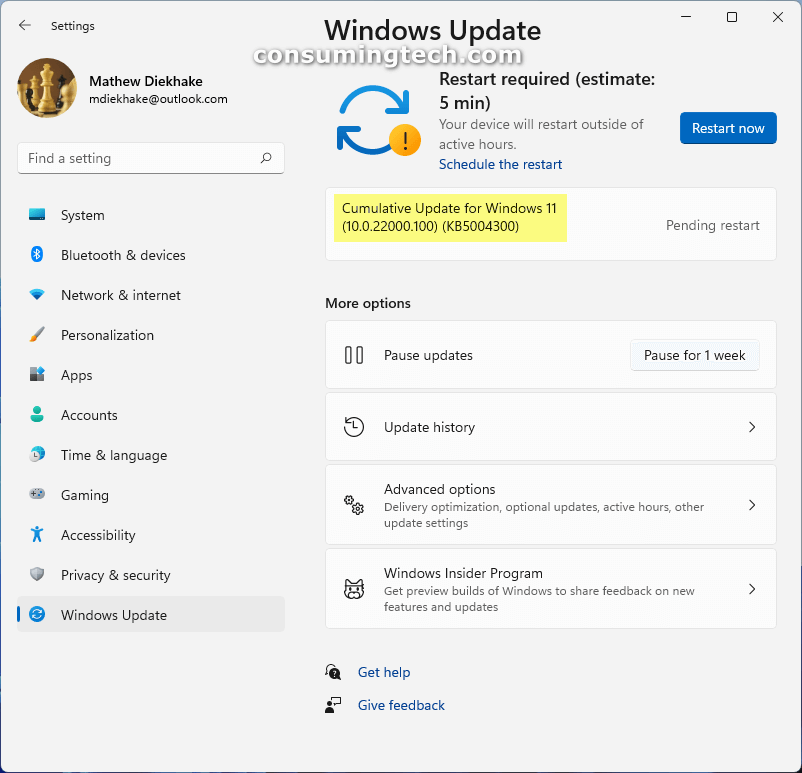 Windows 11 build 10.0.22000.100 has made some visual changes to the notification area in the taskbar. First, the hidden icons flyout has been updated to match the new visuals of Windows 11. Second, you will also find the touch keyboard icon appearing different in the taskbar when it is in use to match the size of the other icons. Previously the touch keyboard icon had appeared larger.

With the Action Center now gone and the Calendar replacing the bottom section of where it used to be, some people were finding it difficult to understand how they were supposed to be getting the Calendar off the screen. Subsequently, Microsoft has made it easier for the Calendar to collapse: now you can also minimize it by clicking on the notification center button.

Microsoft has made a lot of small changes to their fourth preview build of Windows 11. To read up on the full list, you can head to the official announcement via the WIndows blog here: Announcing Windows 11 Insider Preview Build 22000.100.

Mathew is a qualified Microsoft Windows systems administrator (MCSA) who has covered OSs, browsers, the internet, and related tech since 2011. He is the founder and editor of ConsumingTech.com and is a freelance tech writer for various publications around the Web. Mathew graduated from DDLS Melbourne (now Lumify) in 2011. He grew up in Melbourne and lives in rural Victoria, Australia. Read Mathew's full biography. Mathew's social profiles: Twitter, Facebook, Mastodon, Instagram, LinkedIn, and GitHub.
« KB5004034: Cumulative Update for .NET Framework 3.5 and 4.8 for Windows 10» Chrome 92.0.4515.159 Addresses Nine New Security Vulnerabilities