You can set the Windows Terminal to be the default terminal emulator in Windows 10. The screenshot below shows you where you can find that particular setting from the Command Prompt properties as well as from the Terminal settings. 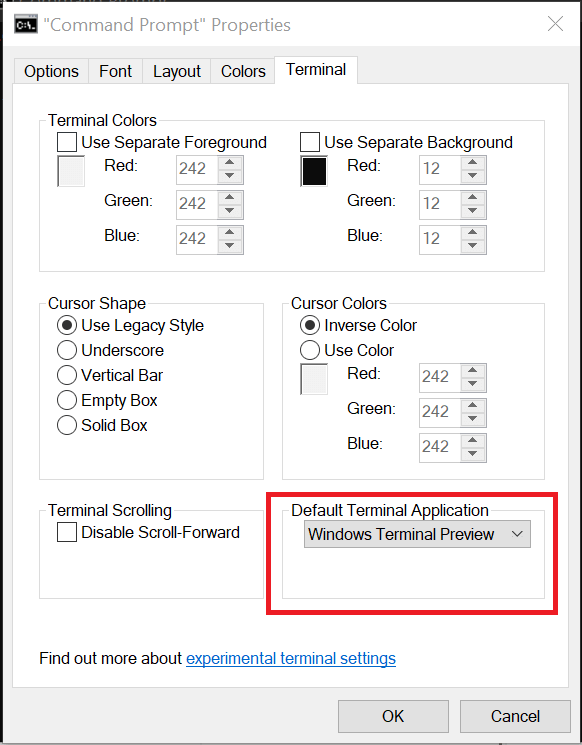 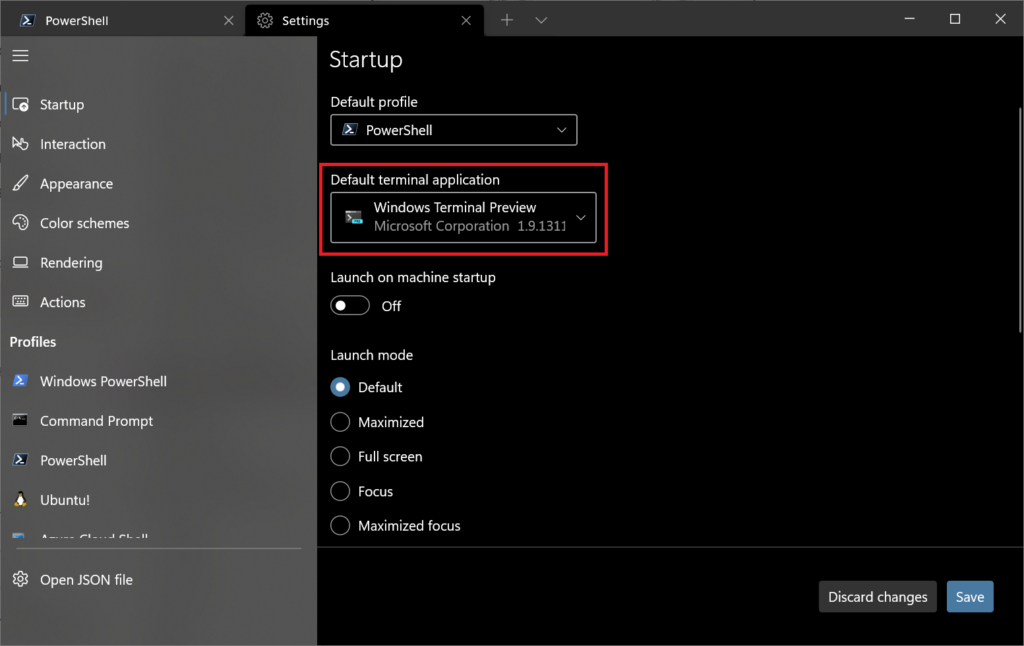 Windows 10 now comes with a new Quick mode which allows you to open the terminal by pressing the Win + ` keys. This results in what Windows developers are calling a “Quake window” appearing on the top half of the screen, as shown in the screenshot below. 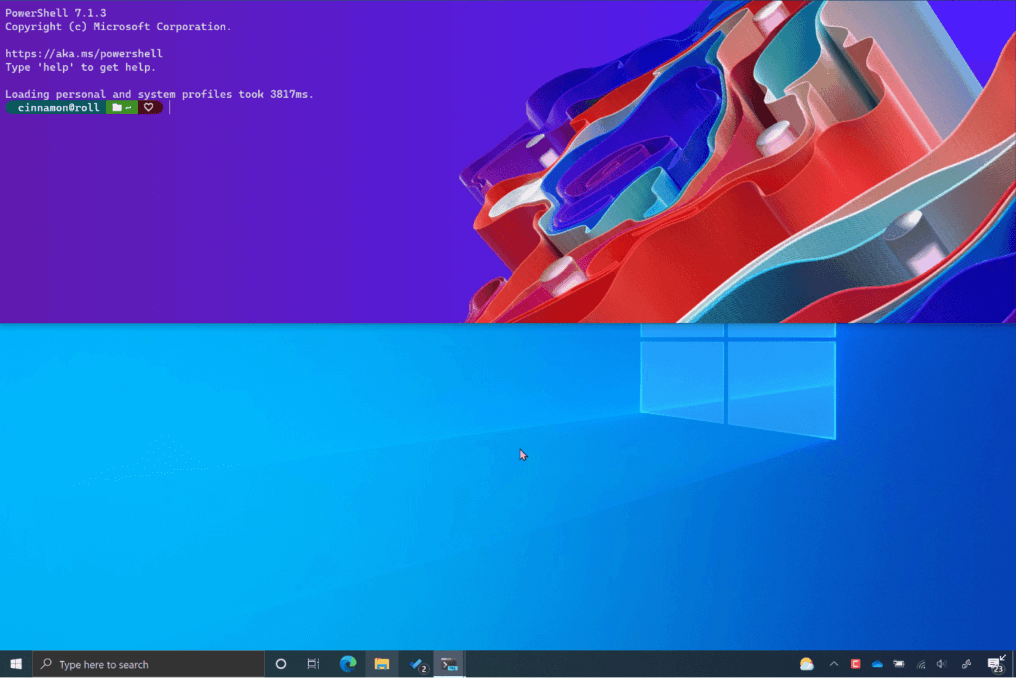 Cascadia Code (the development code) has been updated to include the ability to use it in italics. The italic also comes in with rounded letters. You can also find italics without the cursive letterforms by searching for the font variants without the italics in their name.

You can easily edit your existing actions inside the terminal settings. This makes it easier to adjust your keyboard shortcuts. 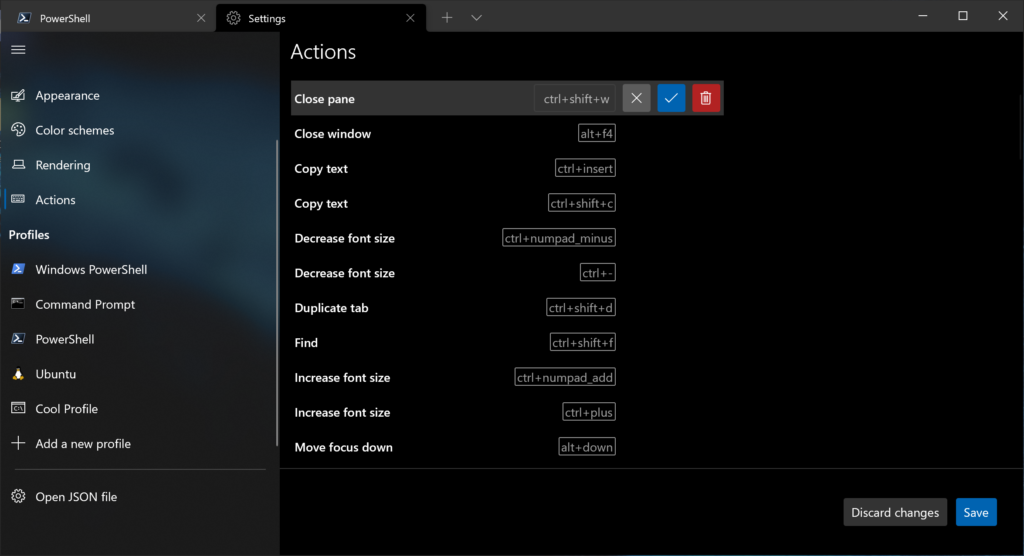 There’s a new page that allows you to add new profiles as well as duplicate existing ones. 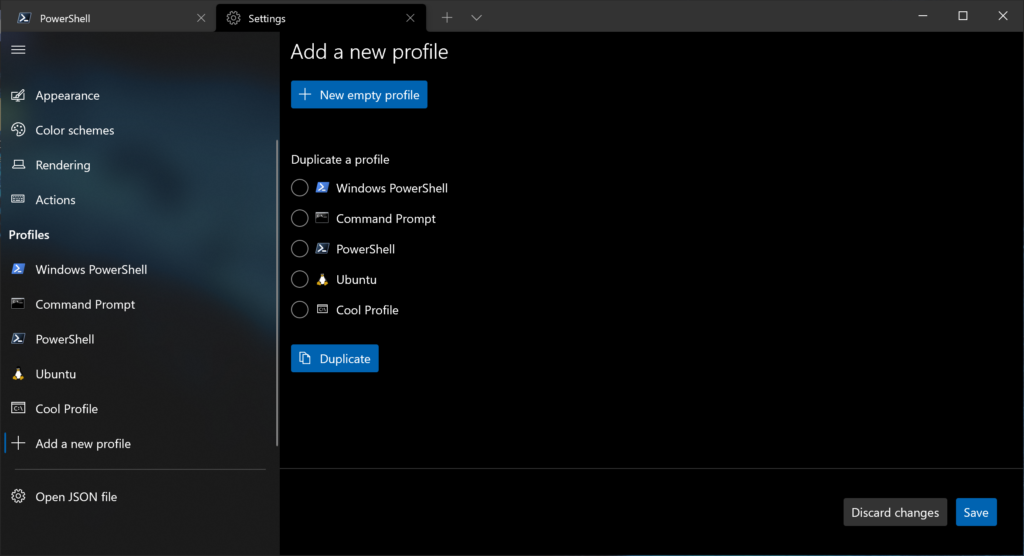 After editing the appearance of your profile, you now get a preview of what it will look like so you don’t have to open the Windows Terminal and see for yourself. Windows is famous for this feature which you usually find around the operating system by clicking on an Apply button even though you can also save the changes from the same location. 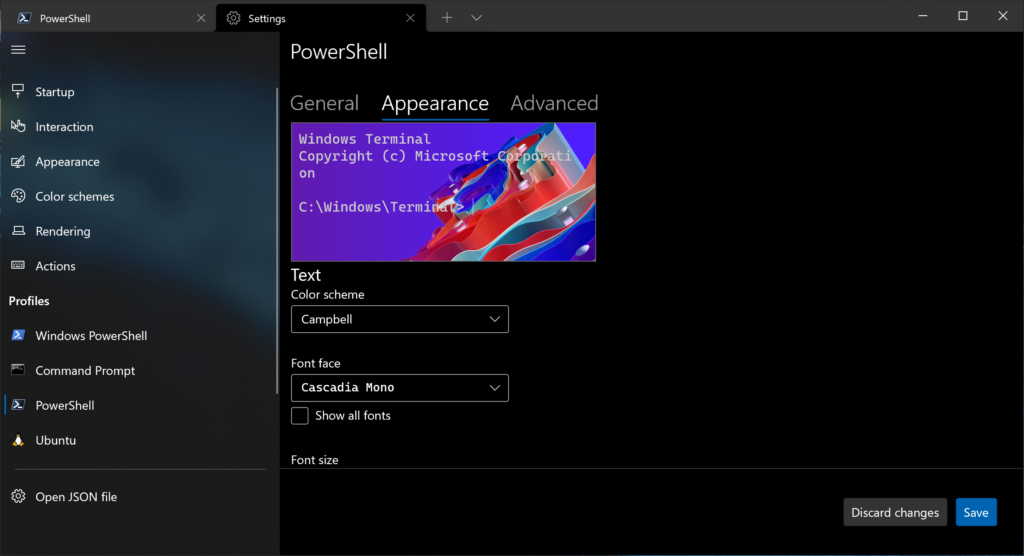 There are also a bunch of miscellaneous improvements which include the ability to disable URL detection.

Mathew is a qualified Microsoft Windows systems administrator (MCSA) who has covered OSs, browsers, the internet, and related tech since 2011. He is the founder and editor of ConsumingTech.com and is a freelance tech writer for various publications around the Web. Mathew graduated from DDLS Melbourne (now Lumify). He grew up in Melbourne and lives in rural Victoria, Australia. Read Mathew's full biography. Mathew's social profiles: Twitter, Facebook, Mastodon, Instagram, LinkedIn, and Github.
« Windows 10 Insider Preview 21390.1 Adds New Fluent Design icons to Task Manager and MSI Installers» Vivaldi 3.9.2305.3 Ensures Browser Will Start If Desktop Background Is Missing and Used by Browser