Windows 10 cumulative update with build KB5003837 is rolling out to Windows Insiders who are signed up to the developer channel. Microsoft has said this update doesn’t include anything new and instead is only rolling out to test its servicing pipeline. The features that suggest are new in build 21382 are features from the previous version. You can read about them below. 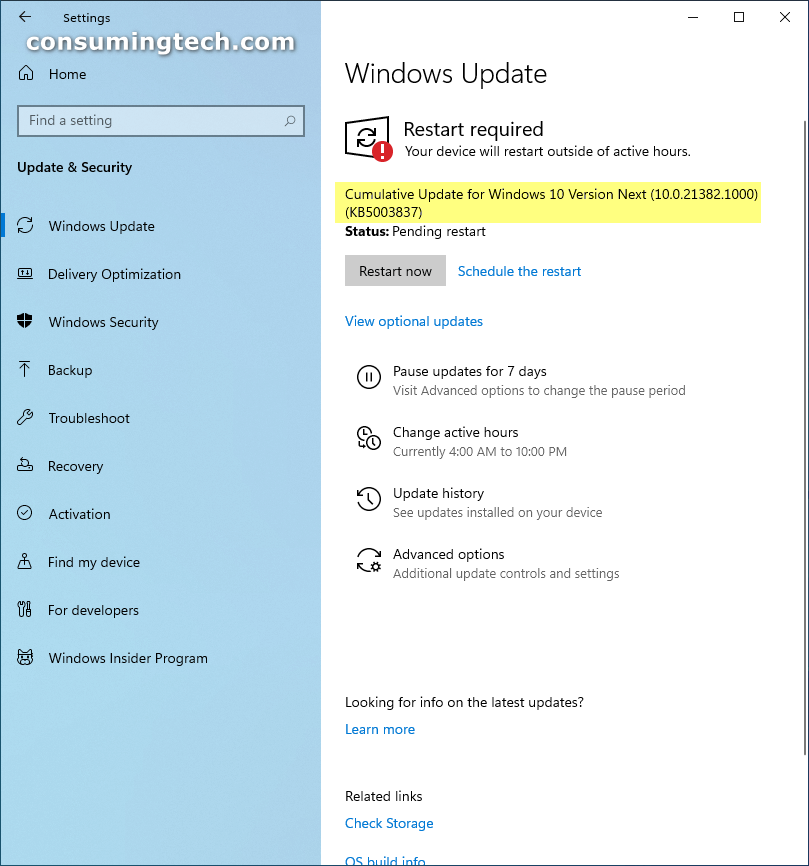 HDR mode changes the behavior of some creative and artistic apps that use International Color Consortium (ICC) display color profiles, such as Adobe Photoshop, Adobe Lightroom Classic, and CorelDraw (amongst others). In the past, these apps were limited to targeting the sRGB color gamut.

We have added a new feature that lets these apps get accurate color and access the full gamut of your HDR display. To turn this feature on, close your application, right-click the app’s icon and click in Properties > Compatibility tab and then under Settings select “Use legacy display ICC color management”. This flag only has an effect in HDR mode.

Mathew is a qualified Microsoft Windows systems administrator (MCSA) who has covered OSs, browsers, the internet, and related tech since 2011. He is the founder and editor of ConsumingTech.com and is a freelance tech writer for various publications around the Web. Mathew graduated from DDLS Melbourne (now Lumify). He grew up in Melbourne and lives in rural Victoria, Australia. Read Mathew's full biography. Mathew's social profiles: Twitter, Facebook, Mastodon, Instagram, LinkedIn, and Github.
« Chrome 92.0.4503.5 Update for Desktop Rolling Out Now» Windows 10 21H1 Build 19043.1023 (KB5003214) Brings Many Fixes