We have been lucky enough to find Windows 10 Version 21H1 rolling out as a preview to our computer. Though the build number we have received is KB5001391, this is also the same build number that others are finding for a particular v20H2 update that rolled out at a similar time. 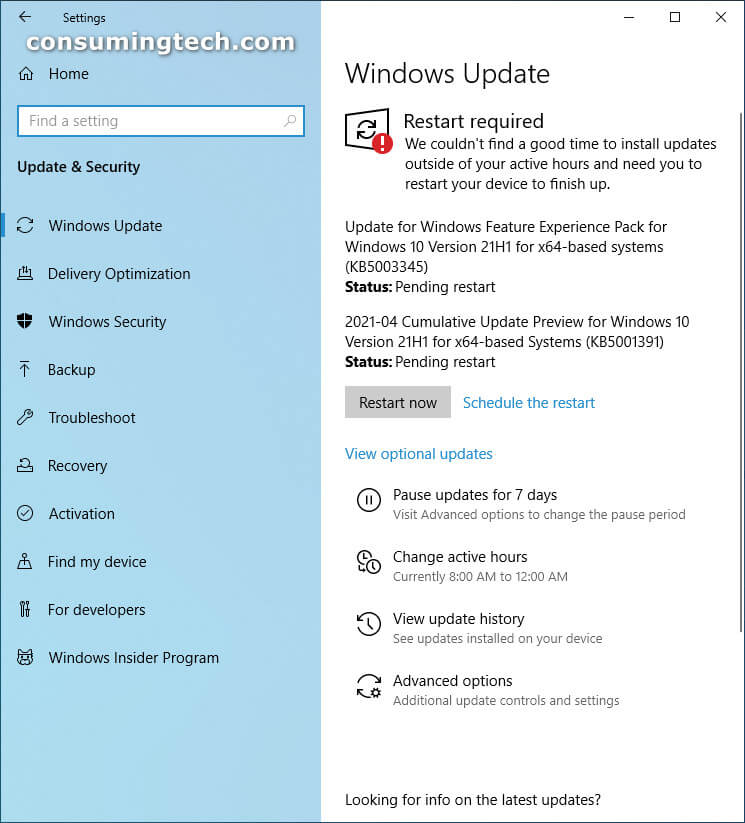 At the same time, we have received the Windows Feature Experience Pack for Windows 10 version 21H1 (build number KB5003345).

We have no news regarding what to expect in this update because we can’t yet find anyone else who has it. We will update this article when we read something. All we know so far is that some selected computers are receiving the 21H1 KB5001391 update while others are finding out ways to install it.

Update: We think this is likely a Windows Insider update, though we still aren’t sure what features we can find because of limited information.

Mathew is a qualified Microsoft Windows systems administrator (MCSA) who has covered OSs, browsers, the internet, and related tech since 2011. He is the founder and editor of ConsumingTech.com and is a freelance tech writer for various publications around the Web. Mathew graduated from DDLS Melbourne (now Lumify) in 2011. He grew up in Melbourne and lives in rural Victoria, Australia. Read Mathew's full biography. Mathew's social profiles: Twitter, Facebook, Mastodon, Instagram, LinkedIn, and GitHub.
« Windows 10 Insider Preview Dev Build 21370.1 (co_release) – Apr. 29» Edge Dev 92.0.878.0 Is First Build of Edge 92