Windows 10 Insider Preview Build 21376 is now rolling out. The main feature included in this update is an entirely updated version of the Segoe UI font which Microsoft calls the “Segoe UI font variable.”

The original Sergio UI font was made for computers showing a 9pt (12px) font size. Over the years it has become increasingly popular to use larger-sized fonts. It’s not a connection with HD displays but rather the additional device screen-sized we use. For instance, often you will find a 17-inch laptop with the same screen ratio as a desktop. This can often be cured by using browser settings to zoom in and out to suit your desires; however, no such option is for general operating system usage. 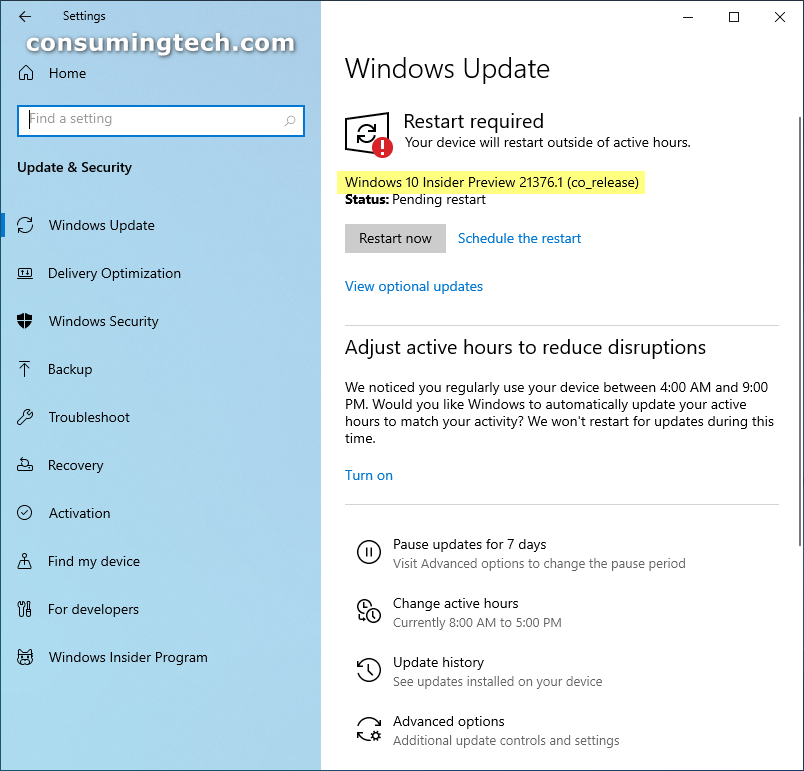 Here are the rest of the features:

There are also a number of known issues that Microsoft already knows about that need solving in the next update. Experiencing any problems? You can leave them in the comments below.

Mathew is a qualified Microsoft Windows systems administrator (MCSA) who has covered OSs, browsers, the internet, and related tech since 2011. He is the founder and editor of ConsumingTech.com and is a freelance tech writer for various publications around the Web. Mathew graduated from DDLS Melbourne (now Lumify) in 2011. He grew up in Melbourne and lives in rural Victoria, Australia. Read Mathew's full biography. Mathew's social profiles: Twitter, Facebook, Mastodon, Instagram, LinkedIn, and GitHub.
« Firefox 88.0.1 Includes Fix for Widevine Plugin» Google Chrome Canary 92.0.4503.0 Lets You Choose between Tabs and Space Bar for Custom Search Engine