Microsoft Office apps are being updated with conversational AI capability to better understand your natural language instead of specific commands. This means when you request something from Office apps, less skill will be required to get what you want in return.

Microsoft Teams is being updated to include Cortana for English in Australia, Canada, U.K., and India. Similar to conversational AI, Teams users will be able to use Cortana for making phone calls, sending messages, sharing files, or finding content on the Web using the Bing search engine. Natural language queries are already available in the United States for Teams and Office users. This is new technology and will take longer to reach the rest of the world. 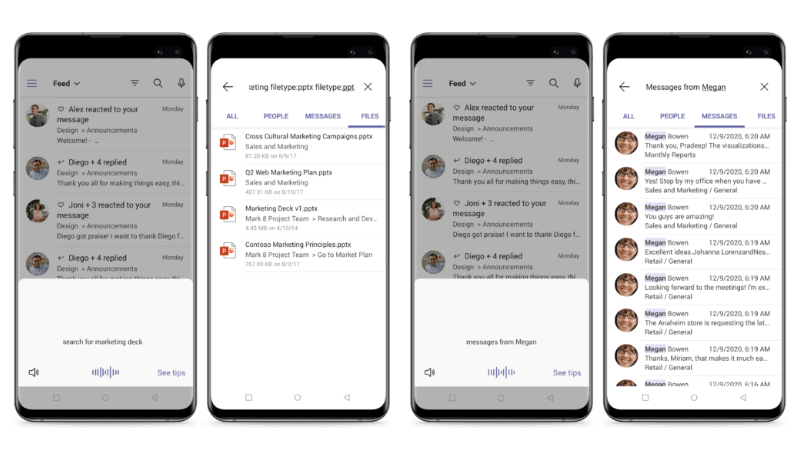 Micro-tasking shortcuts are coming to Office apps. These shortcuts will help add quick access to weather forecasts, preview links, and perform a bunch of other “micro” tasks.

At the end of last year, Microsoft promised to release a unified Office app that would include iPad users. This would be made possible by an all-in-one mobile app for both operating system platforms. The new unified Office app gives you exactly the same features and layout from both apps. Up until now the iOS version was considerably different and arguably neglected in comparison to Microsoft’s own operating system offerings. 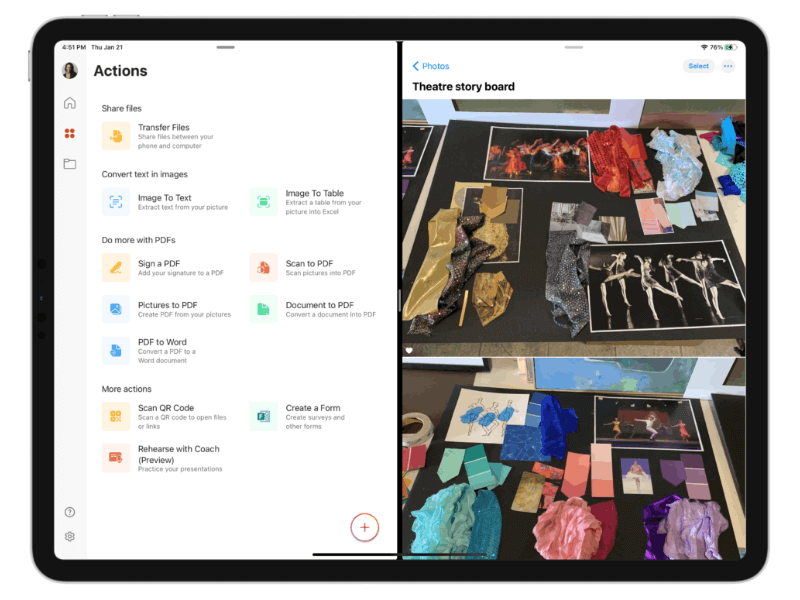 Microsoft Lens is being incorporated into Microsoft Teams. Microsoft Lens is a OneNote companion app designed to capture, scan and enhance images of whiteboards and printed documents, including traditional business cards,and store them in various formats including PDF, JPEG, Word, OneNote, PowerPoint as well as contact address-book databases (e.g.for business cards). The application was limited in its ability to capture multi page documents. From later updates it can capture multipage documents.

Microsoft Lens is a great way to capture notes and information from whiteboards, menus, signs, handwritten memos, or anything with a lot of text. You don’t need to jot down notes, rely on blurry images, or worry about misplacing anything. It’s great for capturing sketches, drawings and equations too, and even images without text.

Office Lens gets rid of shadows and odd angles, so that images are easier to read. You can upload document and whiteboard images to Word, PowerPoint, OneNote, OneDrive, and you can save them as PDFs or send them in email. 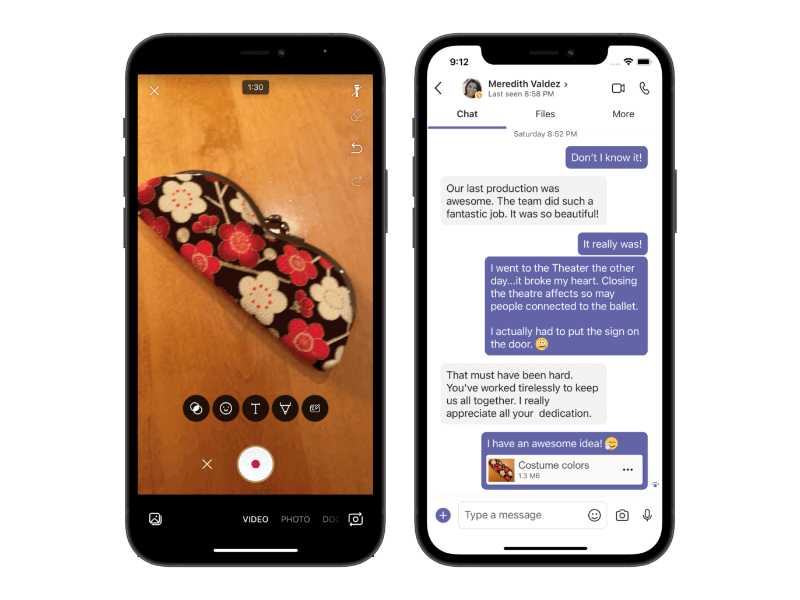 Microsoft is making it easier for organizations to protect digital identities. Microsoft is realizing that people are migrating to the online world and from a business perspective there are potential repercussions for this. To counter this potential problem, Microsoft is offering Microsoft Information Protection which allows organizations the ability to define the policies required to help protect company data and meet compliance requirements.

People are increasingly using their mobile phones to present their digital self, and now as content creators, also value the flexibility to personalize their experience and brand themselves when using mobile technology. Adding sentiment to your communications is a way to represent yourself authentically in your communications. You can already add reactions in social and team environments such as Yammer and Teams, but indirect, asynchronous email communications, how do you share your sentiment without generating masses of additional messages? Reactions in Outlook offer a new way to add sentiment and reactions to emails and conversations and we are announcing today that general availability will start to roll out in the coming weeks in Outlook mobile and on the web. Through a new inbox notification experience, you will be able to glean the sentiment of other Outlook users and add to email conversations without filling up your inbox. In future releases, we plan to add @mentions and other notifications in Outlook too.

There are some big updates here as Microsoft progresses toward more mobile productivity.

Via: The evolution of mobile productivity even when were a little less mobile

Mathew is a qualified Microsoft Windows systems administrator (MCSA) who has covered OSs, browsers, the internet, and related tech since 2011. He is the founder and editor of ConsumingTech.com and is a freelance tech writer for various publications around the Web. Mathew graduated from DDLS Melbourne (now Lumify) in 2011. He grew up in Melbourne and lives in rural Victoria, Australia. Read Mathew's full biography. Mathew's social profiles: Twitter, Facebook, Mastodon, Instagram, LinkedIn, and GitHub.
« Edge Stable Available for Mac M1 Users» Edge Dev 91.0.838.3 Released with Microsoft Account Sign-in on Linux