This May 11, 2021 update for Windows 10 brings several reliability improvements for .NET Framework 3.5 and 4.8. All improvements are listed below and sources directly from Microsoft. 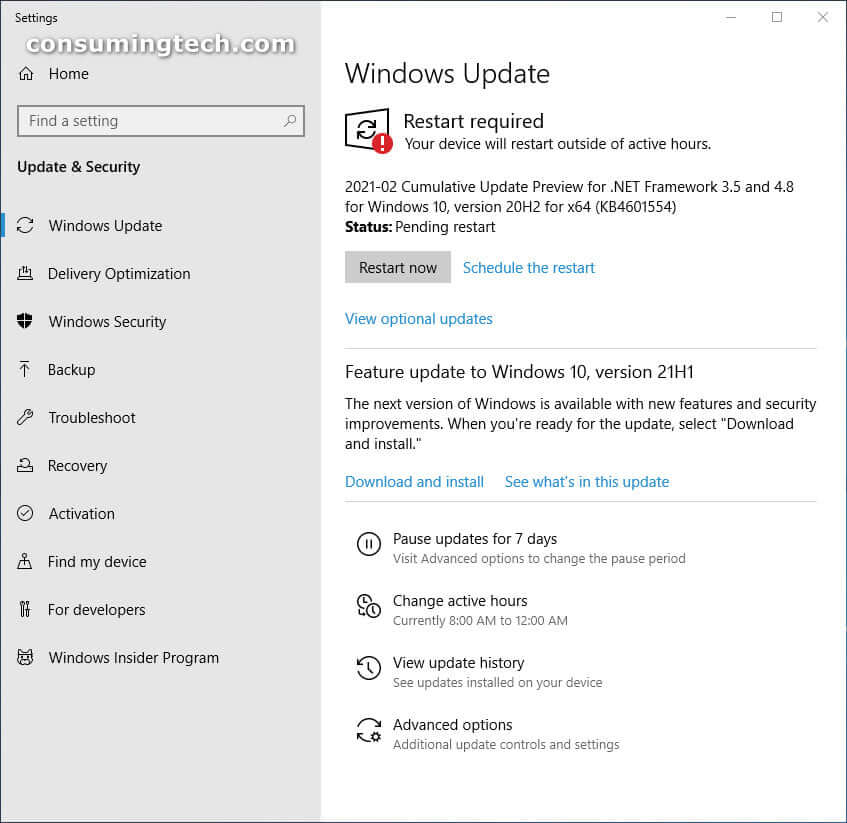 The following quality and reliability improvements available in version KB4601554:

Mathew is a qualified Microsoft Windows systems administrator (MCSA) who has covered OSs, browsers, the internet, and related tech since 2011. He is the founder and editor of ConsumingTech.com and is a freelance tech writer for various publications around the Web. Mathew graduated from DDLS Melbourne (now Lumify) in 2011. He grew up in Melbourne and lives in rural Victoria, Australia. Read Mathew's full biography. Mathew's social profiles: Twitter, Facebook, Mastodon, Instagram, LinkedIn, and GitHub.
« Chrome Dev 92.0.4496.2 Update for Desktop» Chrome 90.0.4430.93 Comes with Nine Secueity Fixes; None Related to ‘Zero Day’