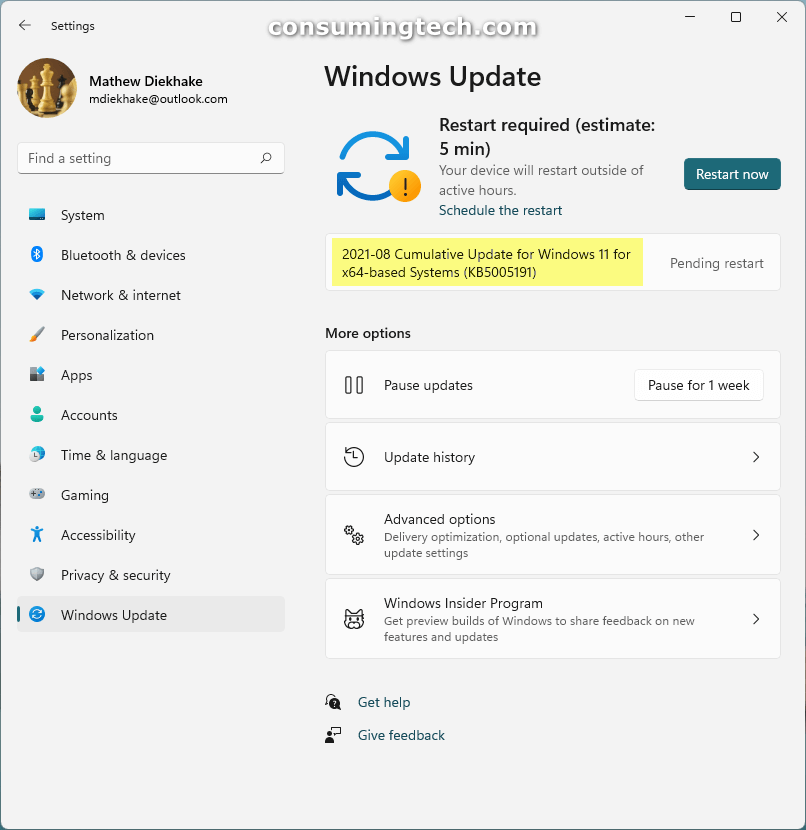 Windows 11 22000.168 brings multiple language support to the Chat section of the Microsoft Team apps, which is still accessible from the taskbar by default.

Microsoft has been kind enough to list what those new languages are:

Though it hasn’t been listed in the release notes, we have noticed another change to the Microsoft Teams app recently which is that it doesn’t anymore ask for a phone number just to sign in to your account and start using it. This is something I had complained about on Twitter and am now glad that the requirement is gone.

Windows 11 22000.168 also brings several fixes. Microsoft has fixed a problem some pen users were having where Search wasn’t allowing for any clicks from the results pages. Microsoft has also fixed the problem of the Settings app crashing for some queries. Microsoft has removed the “connect a device to see screen time activity” message from displaying when it shouldn’t for the Family widget. And there are a couple of fixes for Microsoft Teams as well.

Mathew Diekhake is a certified Microsoft systems administrator from Australia and also the editor of ConsumingTech.com. He has been inseparable from the internet since Web 2.0 in 2005 and by 2008 decided on a career within IT. With a never ebbing desire to cover technology, he spends most days consumed by Windows, Linux, and Android in particular; however, he has spent innumerable hours learning consumer tech software in general, formally and as an autodidact, and has authored tens of thousands of tutorials and news articles since 2011. Mathew has obtained numerous Microsoft certificates and is a qualified sysadmin (MSCA). Read Mathew's full biography. Mathew's social profiles: Twitter, Facebook, Instagram, LinkedIn, Github, Reddit.
« Windows 11 KB5005189 Brings Spotify Integration to Focus Sessions» How to Install/Uninstall Internet Explorer 11 [Tutorial]