The Windows 11 operating system has been updated to version KB5005189. This update to the Dev channel was released on August 20, 2021.

Windows 11 KB5005189 comes with two new feature changes and one fix. The Clock app has received a significant update and changes are coming to the way you see Windows Update time estimates. Locations have also been updated to no longer show information on the taskbar when they shouldn’t. 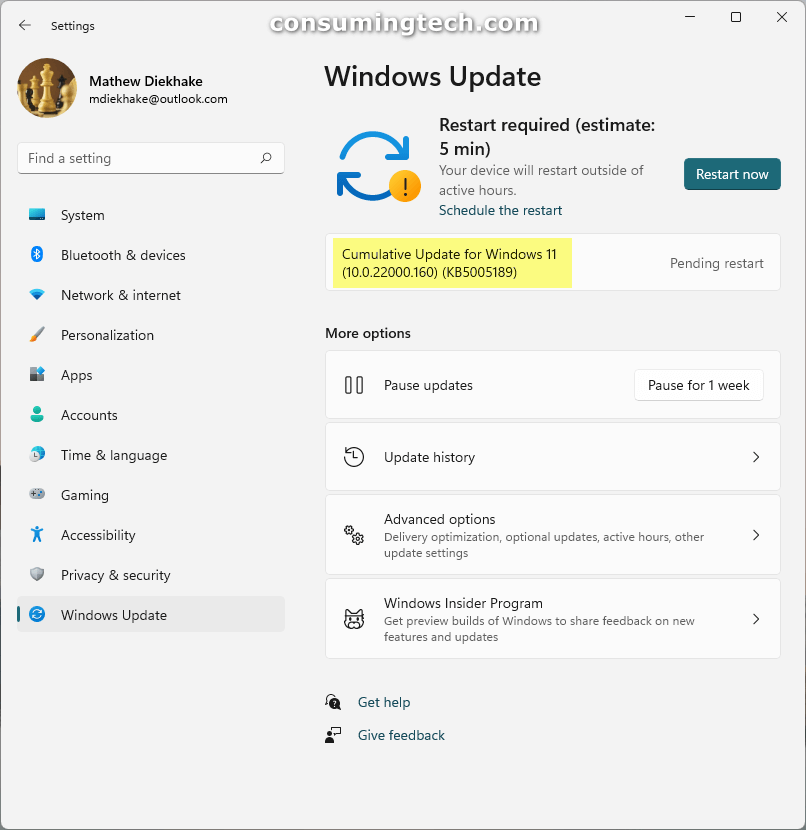 If you haven’t opened up Microsoft To-Do on Windows 11 yet, you can find it from Search, and then the app will ask to update itself before opening. Once open, you can click on Focus Sessions and then choose to install Spotify from the available Spotify widget that’s already there and waiting to ask you if you would like to install Spotify. If you like Spotify and don’t know the internet very well, I recommend installing it this way, or else you might end up with Spotify pinned to your taskbar, automatically running at startup, and all sorts of things you didn’t want but accidentally signed up to allow during the installation process that occurs when you download it directly from the Spotify website. 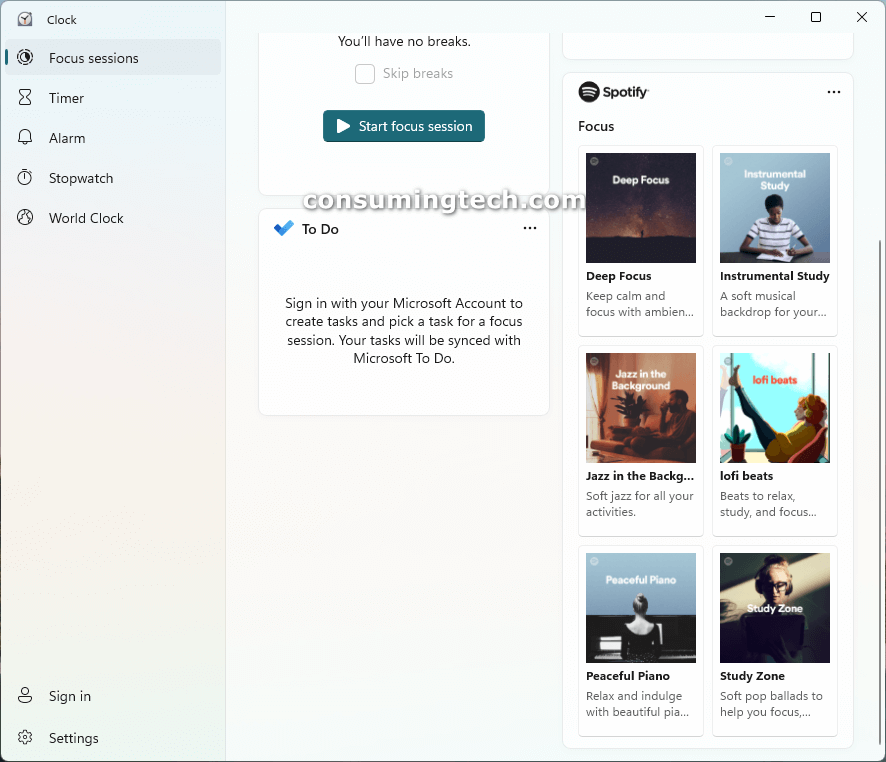 Microsoft has also fixed a problem with the taskbar. The taskbar would sometimes show that a location was in use even though locations had been blocked in a user’s preferences.

Microsoft is also aware of many known issues that still exist in this build and that they will try to solve in the next build. You can view the full release notes for this update, including those known issues, from here: Announcing Windows 11 Insider Preview Build 22000.160.

Mathew is a qualified Microsoft Windows systems administrator (MCSA) who has covered OSs, browsers, the internet, and related tech since 2011. He is the founder and editor of ConsumingTech.com and is a freelance tech writer for various publications around the Web. Mathew graduated from DDLS Melbourne (now Lumify) in 2011. He grew up in Melbourne and lives in rural Victoria, Australia. Read Mathew's full biography. Mathew's social profiles: Twitter, Facebook, Mastodon, Instagram, LinkedIn, and GitHub.
« iTunes 12.11.4 for Windows Brings 2 Security Fixes and Extra Device Support» Windows 11 22000.168 Adds Multiple Language Support to Teams and More