You can notice the new blue accent color on the taskbar and some of the controls. The new blue is a lot more traditional and almost electric blue and moves away from the grayer shade of blue. It’s an interesting choice given that most people do tend to use the blues that head toward the slate-gray instead of the richer blue, but we ourselves have always used and will continue to use the richer blue accents that are closer to a “pure” blue hex code because we feel they provide a better user experience. And if you take a look at the icons on the taskbar, you can see they stand out more with the new blue accent which could be the reason behind Microsoft’s change. 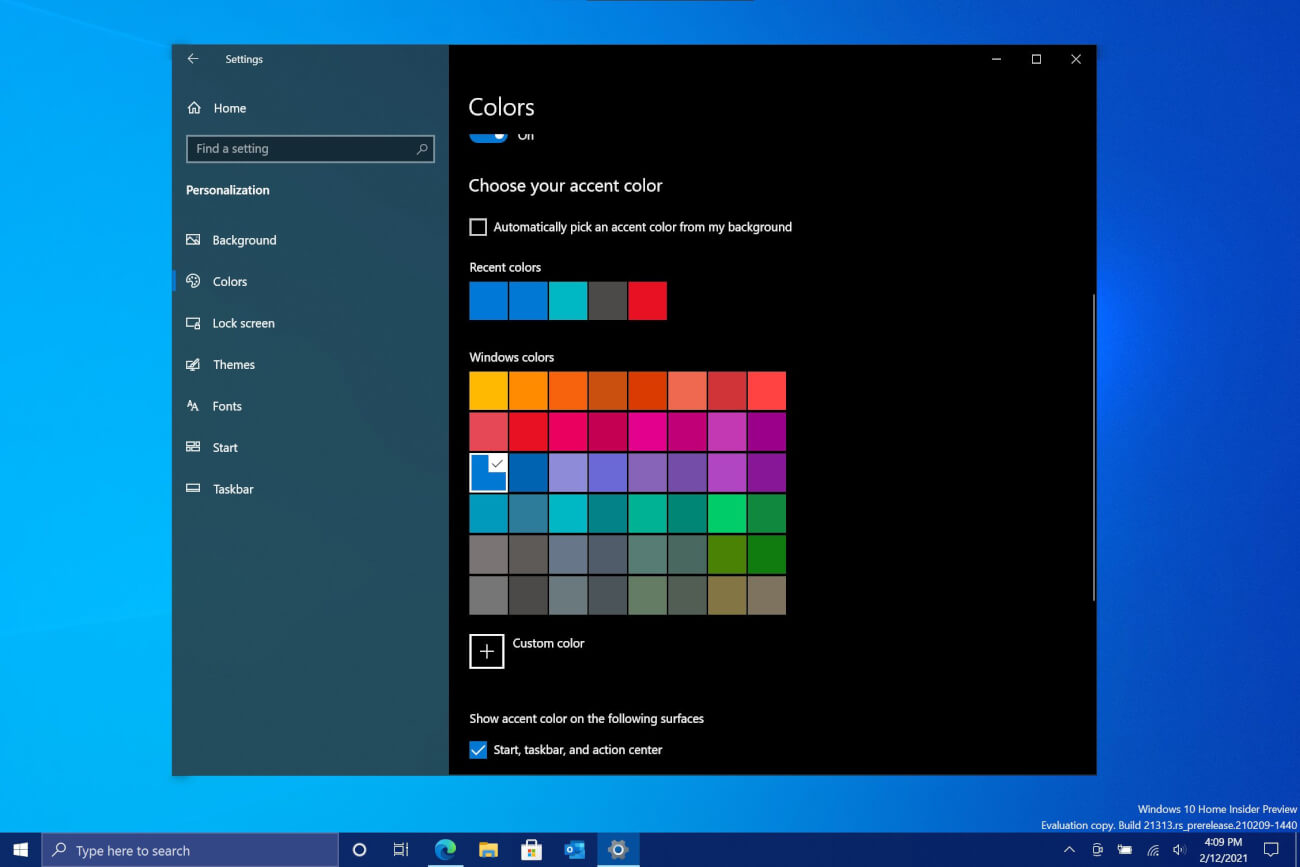 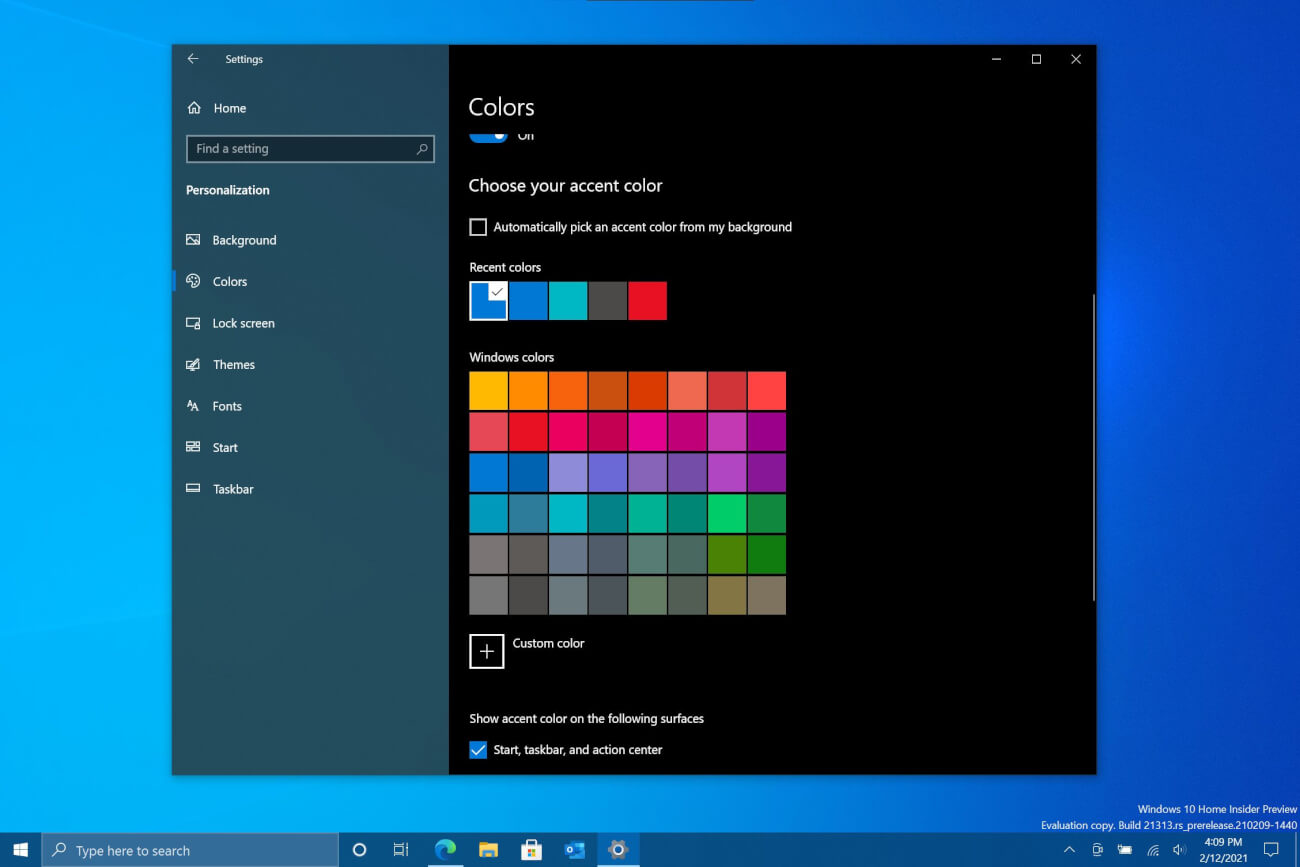 Windows 10 build 21313 will also include a ton of other changes. Those who are subscribed to the Dev channel in particular will now see their builds labelled as Dev builds rather than just a number. Windows developers have made this change because Dev builds are not aligned with official Windows releases and according to feedback they had received this was causing confusion.

This change was picked up by Luke Blevins who is the creator of the Files app.

Mathew is a qualified Microsoft Windows systems administrator (MCSA) who has covered OSs, browsers, the internet, and related tech since 2011. He is the founder and editor of ConsumingTech.com and is a freelance tech writer for various publications around the Web. Mathew graduated from DDLS Melbourne (now Lumify). He grew up in Melbourne and lives in rural Victoria, Australia. Read Mathew's full biography. Mathew's social profiles: Twitter, Facebook, Mastodon, Instagram, LinkedIn, and Github.
« Regular and Extensive Modes Come to Windows File Recovery» New Narrator Icon Coming to Windows 10