Adduplex, the promotion platform for Windows, has released its Windows 10 market share report for December 2020. The new charts show that Windows 10 version 20H2 is now being used by over 10% of the population. 40% are still using Windows 10 M20U and over 30% still using N19U. 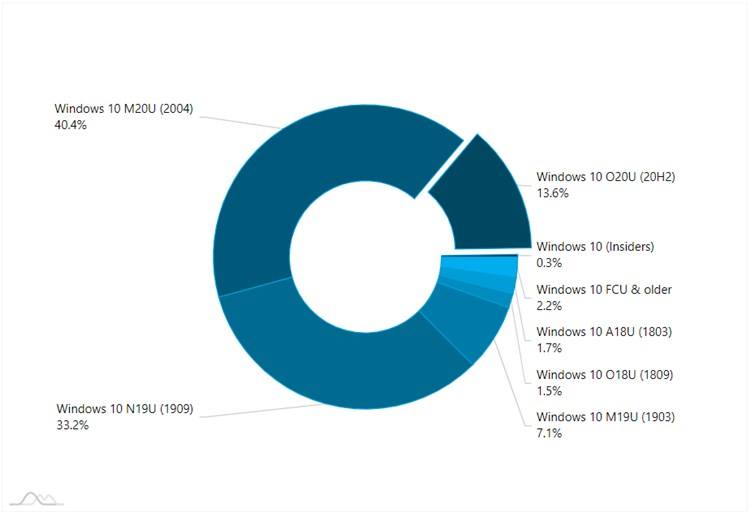 The October 2020 Windows 10 update has added an additional 5% market share for Windows 10. It is now on a total of 14% of Windows 10 computers as of today, the end of December. 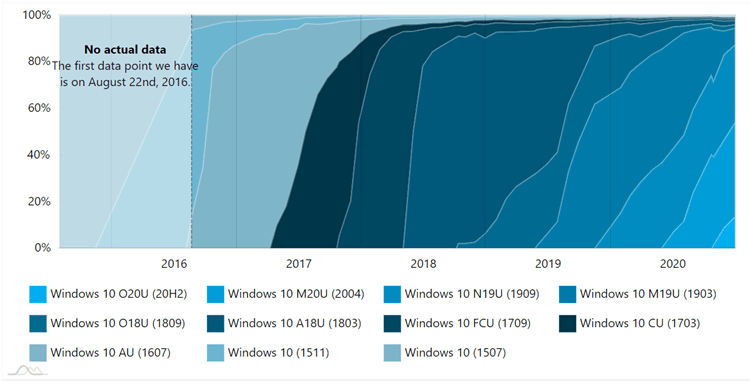 It should be noted that Microsoft doesn’t actually know for sure what the statistics are because what runs on your computer is your private information. These statistics are taken from a total of 80,000 PCs that were part of a survey, and then the average is taken and used for the charts.

While Windows 10 20H2 didn’t grow as much in December as it did during November, there’s no doubt that the update is continuing to roll out to users’ computers. Thus, Windows 10’s progression is heading in the right direction as more people continue to update their computers the way Microsoft intended.

Mathew is a qualified Microsoft Windows systems administrator (MCSA) who has covered OSs, browsers, the internet, and related tech since 2011. He is the founder and editor of ConsumingTech.com and is a freelance tech writer for various publications around the Web. Mathew graduated from DDLS Melbourne (now Lumify). He grew up in Melbourne and lives in rural Victoria, Australia. Read Mathew's full biography. Mathew's social profiles: Twitter, Facebook, Mastodon, Instagram, LinkedIn, and Github.
« You Can No Longer Sign up to Twitter’s Periscope, Will Close Down March 2021» Canceled Windows Desktop OS ‘Polaris’ Leaks Online