You Can No Longer Sign up to Twitter’s Periscope, Will Close Down March 2021

The popular Periscope application, which is owned by Twitter, is closing down as of March 2021. The app has already changed so that no new users are allowed to sign up.

If you download Twitter’s Periscope app today, you will be greeted with a message that lets you know Periscope’s intentions to close down in as few as three months. Instead of being allowed to sign up and enter the app, you are directed out of there and into Twitter. 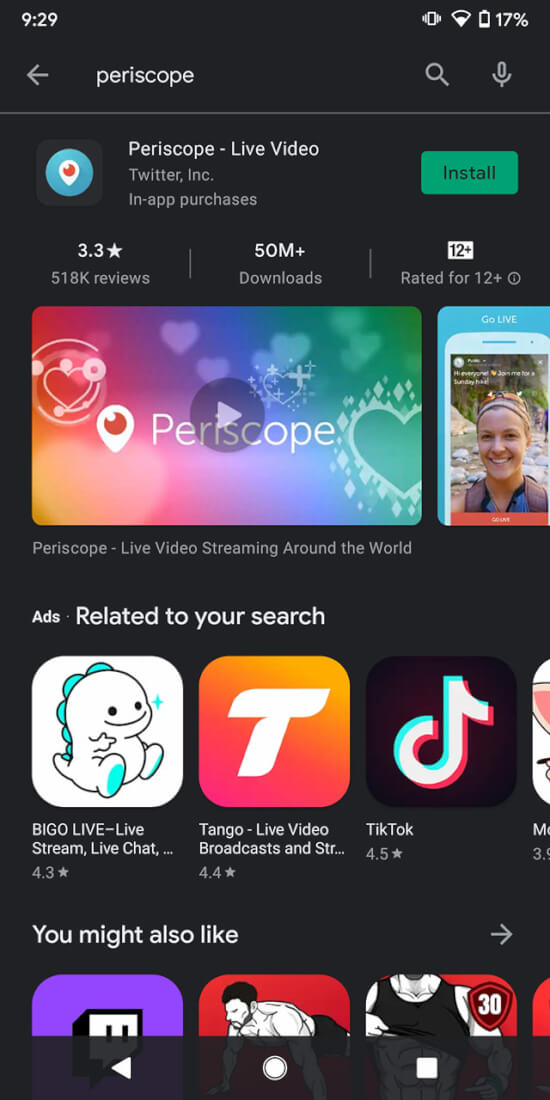 Periscope was a popular name, but not popular enough for Twitter to want to continue investing money into it. This is a common problem among big companies: they will very quickly shut down apps that have plenty of users — and what to any ordinary person would be a successful venture — if they don’t think there is enough profit in it for them to continue. If you thought it would make sense for a company to keep control of as many platforms as possible provided they’re not losing money, you’re not alone. But apparently, building brands just isn’t that important to those who already control at least one big brand because this type of decision happens all the time. Shockingly, Microsoft recently closed down Mixer and — while keeping a straight face — advised people to head over to the lackluster Facebook Games in its place. Mixer at the time was one of the most trafficked websites in the world and was home to many streamers who relied on it for employment. However, due to the expenses associated with keeping the project ongoing, Microsoft decided to shut it all down. According to Periscope’s blog post published to Medium, it seems like it’s about to suffer a similar fate.

The blog post that was published by the Periscope team to Medium:

Today, we’re sharing that we have made the difficult decision to discontinue Periscope as a separate mobile app by March 2021.

First off, we want to be transparent about why we’re making this decision, especially to those of you who are active and passionate users of Periscope today. The truth is that the Periscope app is in an unsustainable maintenance-mode state, and has been for a while. Over the past couple of years, we’ve seen declining usage and know that the cost to support the app will only continue to go up over time. Leaving it in its current state isn’t doing right by the current and former Periscope community or by Twitter. We still believe in the power of live video to solve impactful problems, which is why we’ve brought most of the core capabilities of Periscope into Twitter. We probably would have made this decision sooner if it weren’t for all of the projects we reprioritized due to the events of 2020. We’re sharing our decision with you now because we want to be transparent and honest about where we’re at and what’s next.

We’re planning to remove Periscope from the app stores by March 2021, but no one will be able to create a new account in-app starting with the next release. Broadcasts that were shared to Twitter will live on as replays, and all broadcasters will be able to download an archive of their Periscope broadcasts and data before the app is removed in March 2021. You can find more info here about what will happen to your Super Hearts and broadcasts, how you can go live on Twitter going forward, and more.

Mathew Diekhake is a certified Microsoft Systems Administrator from Australia and also the founder and editor of ConsumingTech.com. With a never ebbing desire to cover technology, he is mostly consumed by Windows and Android. However, he has spent stacks of hours learning about a variety of computer software, both formally and informally, and has authored tens of thousands of tutorials and news articles since 2011. Mathew has obtained many Microsoft certificates and is a qualified Systems Administrator (MSCA). Read Mathew's full biography. Mathew's social profiles: Twitter, Facebook, Instagram, LinkedIn, Github
« Google Photos Is Updating Its Storage Policy; Existing Photos Are Exempt» Adduplex Releases Its Windows 10 December 2020 Report