Google is updating its Google Photos storage policy to provide more stringent data allocations for people’s photos. Google hints that they’re getting so many photo uploads to Google Photos that they now want to become more data conscious on their end by making sure not to offer you too much free space.

Google Photos originally launched five years ago to be the “home for your memories.” It wanted to create a service that had you coming back again and again. It did that, but now they have to start thinking about cuttings costs. This is also not helped by the fact that many people have their photos being automatically uploaded to Google Photos without even realizing it because when they use the Android mobile operating system, and if sync is turned on, the photos are being automatically uploaded to their Google Photos app. 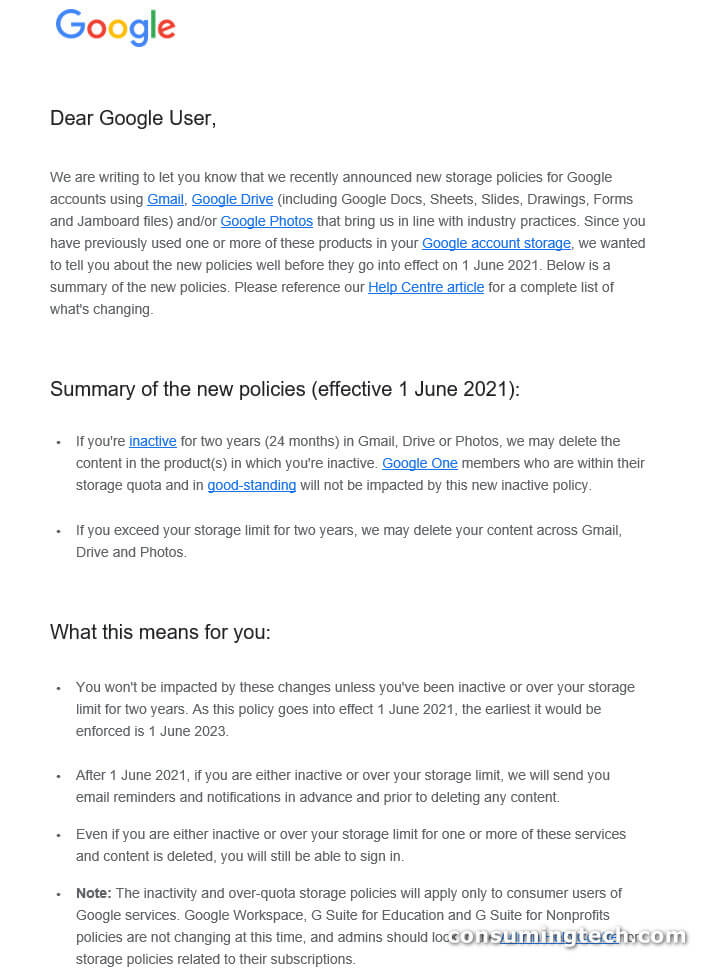 If the change by Google sounded a bit harsh, the good news is that existing “high quality” photos are not included in this change of policy. By high quality, presumably, Google is not judging how you look in the photos but rather the definition quality — as in high resolution and low resolution of the photos themselves. There are also advantages to be had for Google Pixel device owners. If you have a Google Pixel One through Five, any photos uploaded from those devices won’t be impacted by this policy change.

No changes will be made to the policy for another six months. Google is referring to your overall space available as “quota.” The Google Photos app shows you an estimation of how much quota you have remaining, and it gives you this estimation as a timed estimate based on your current usage.

If you need to delete your photos, you can easily do that from within the Google Photos app itself. It is best to remove your photos deemed low quality first. You can do that by tapping on the “Blurry Photos” link from the main menu. This then opens up all of your photos Google deems to be blurry.

You can select all of your blurry photos very easily and then deselect any you still want to keep.

The blurry photos that you deselect and thus chose to keep should be kept only because you like and/or need the photos because they will count against our overall quota available.

Once you are satisfied with the selected photos to remove, tap on the “Move to Trash” link which also comes with a convenient picture of a bin next to it, and those old low-quality pictures will then be deleted and thus not counted against your quota anymore.

We appreciate Google Photos’ existence but are concerned most people’s photos are being automatically stored in Google Photos without them even realizing it. We have no problem with syncing being a feature but would prefer if sync and backing up were treated as two different things, which they are. Sync implies syncing your existing data across devices; it does not imply that every picture you take is going to be stored in a Google Photos app. Lots of people take many photos, and it will be interesting to see how many people find themselves running out of storage space after this change.

Mathew Diekhake is a certified Microsoft systems administrator from Australia and also the editor of ConsumingTech.com. With a never ebbing desire to cover technology, he spends most days consumed by Windows, Linux, and Android in particular; however, he has spent innumerable hours learning consumer tech software in general, formally and as an autodidact, and has authored tens of thousands of tutorials and news articles since 2011. Mathew has obtained numerous Microsoft certificates and is a qualified sysadmin (MSCA). Read Mathew's full biography. Mathew's social profiles: Twitter, Facebook, Instagram, LinkedIn, Github, Reddit.
« Google Photos App Updated to Include Cinematic Photos» You Can No Longer Sign up to Twitter’s Periscope, Will Close Down March 2021