How New Microsoft Edge Will Roll Out for Windows 10 Users

In December of 2018, Microsoft publicly announced they were changing course from the EdgeHTML Microsoft Edge was developed on, and it would be succeeded by a Chromium-powered Edge browser instead.

Microsoft never publicly announced why the change would be occurring, but some publications did suggest Microsoft had accused Google of purposefully preventing some websites from loading properly (particularly some of the sites Google owns) so you would need a browser based on Chromium to get a satisfactory experience when users visited. 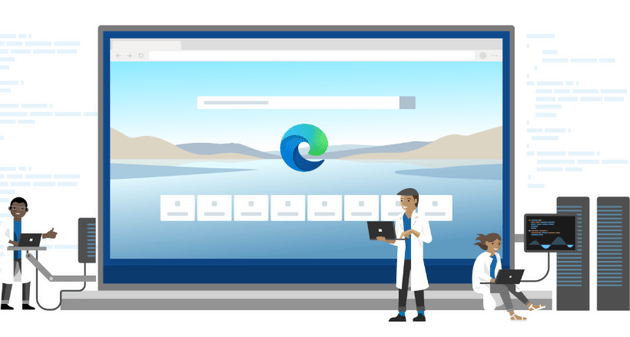 Since then, the Windows blog has kept us updated with numerous different release stages of the newer Edge, and now the day has finally come where you can download the full version—not just the test version—from the official Microsoft website. You can visit the Edge downloads page to download it right now for Windows 10, Windows 8.1, Windows 8, Windows 7, and macOS if you like. Edge is available to install today in as many as 90 different languages.

If you don’t want to download Edge manually, there isn’t any need to panic—you will still find the final release rolling out to your computer automatically, provided you are accepting Windows updates over the next few months.

Microsoft will roll out the newer Chromium-powered Edge by way of Windows Update. Windows 10 users can find Windows Update by heading to Start > Settings > Update & Security > Windows Update. If you have not disabled Windows Update from running on your machine, and you’re having difficulties getting Windows Update to work, you should reach out to your manufacturers via social media or their official website. Though you shouldn’t be alarmed just because updates are not installing right away—it’s standard procedure for Windows to roll out these updates over time as they work their way around to different computers around the world.

It doesn’t matter whether you decided to download the new Edge manually via the Microsoft website or wait for the update to occur automatically; any older versions of Edge, including the version known as “legacy Edge browser”—versions that were based on EdgeHTML—will be automatically hidden and replaced during the upgrade. Microsoft won’t delete the older version from your computer just yet, but it will be hidden so you cannot mistake the new one for the old.

Mat Diekhake is the editor of ConsumingTech.com. He has been inseparable from the internet since Web 2.0 in 2005, and by 2008 decided on a career in IT. With a never-ebbing desire to cover technology, he spends most days consumed by Windows, Linux, and Android in particular. Though he has spent innumerable hours learning consumer software in general, formally and as an autodidact, and has personally authored over 10,000 articles since 2010. He is a qualified Microsoft Windows systems administrator (MSCA). Read Mathew's full biography. Mathew's social profiles: Twitter, Facebook, Instagram, LinkedIn, and Github.
« Windows 10 Build KB4528760 for Versions 1903 and 1909» Windows 7 Users Issued Final Windows 10 Upgrade Warning