Photos have always played an important part in people’s lives, but since the pandemic the power of the photo has been boosted even more as on many occasions it’s the only visual bonding experience people have been able to have with one another.

That may or may not have something to do with the fact that the Google Photos app has been updated to include a rather impressive visual change which coms by the way of the Cinematic Photos feature which brings a more vivid picture almost to life. 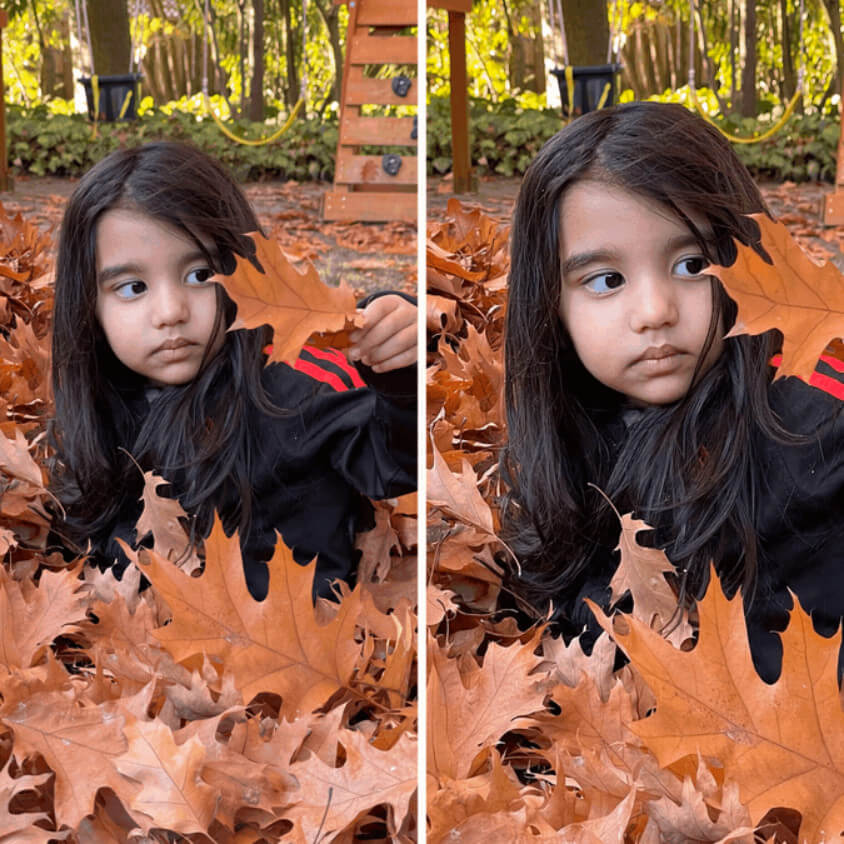 Cinematic Photos uses a 3D-like experience to bring your old pictures almost to life. To get a proper experience of what we mean by that, you can view the animated GIFs via Google blog post. In our example above, which has been captured after the GIF has been rolling, you can see how the girl in the picture has been zoomed in on and how the environment around her has become more 3D than it was before.

In addition to Cinematic Photos, you also get new collage designs. The collages are given a bunch of different background design options compared to before. These new backgrounds have artificial intelligence working for them which is intended to result in the AI helping choose what is the best background available for your photo ideas.

Earlier this month, we started rolling out updated collage designs, so you can look back on your favorite moments in a new, delightful way. In these refreshed collages, you’ll see richer, artistically designed layouts populated and stylized using AI. This helps pick the right layout for a selection of photos by finding similar colors and using those to accent details like the font and background color for a more cohesive look. Two of my favorites are this Then & Now collage of my son in the same camping chair, two years apart, and this collection of hiking photos from my last trip.

Google Photos has also added new themes for Memories, which is another feature intended to enhance your picture memories of the past year, and especially now since your photos mean so much to you since many of you have had your real-life visuals taken away. The way Memories works is you will see “memories” of past photos whenever you upload a new photo that has something in common, such as a sunset at a certain location, with the photos already being stored in your device’s memory.

If you’re thinking the new memories update is going to sound like more of a pain than anything else, it’s not quite so bad because Google Photos does allow you to exclude entire time periods et cetera, to help remove periods of past photos from having the chance of ever being included. That also means you can exclude the feature entirely if you so desired.

Mathew Diekhake is a certified Microsoft Systems Administrator from Australia and also the founder and editor of ConsumingTech.com. With a never ebbing desire to cover technology, he is mostly consumed by Windows and Android. However, he has spent stacks of hours learning about a variety of computer software, both formally and informally, and has authored tens of thousands of tutorials and news articles since 2011. Mathew has obtained many Microsoft certificates and is a qualified Systems Administrator (MSCA). Read Mathew's full biography. Mathew's social profiles: Twitter, Facebook, Instagram, LinkedIn, Github
« How to Enable/Disable Tab Groups in Microsoft Edge [Tutorial]» Google Photos Is Updating Its Storage Policy; Existing Photos Are Exempt