A redesigned Action Center is rolling out to Windows Insiders. The new Action Center comes with a new header, a different background, a new collapse button, and glyphs in context menus.

Microsoft usually releases one big feature update per year. This year that is codenamed the Sun Valley Project which is expected to be released in the second half of 2021. Some of these features are already becoming available to Windows Insiders, like what you see here with the new Action Center.

There is also talk of the Windows 10 X Action Center coming to standard Windows builds in the future. Albicore claims that this new Action Center shown in the screenshot below is actually a part of that “converged” Action Center experience.

You can see the new Action Center taken from the Sun Valley Project below. 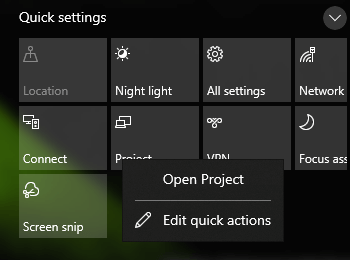 The current Action Center on official Windows 10 builds so far in 2021: 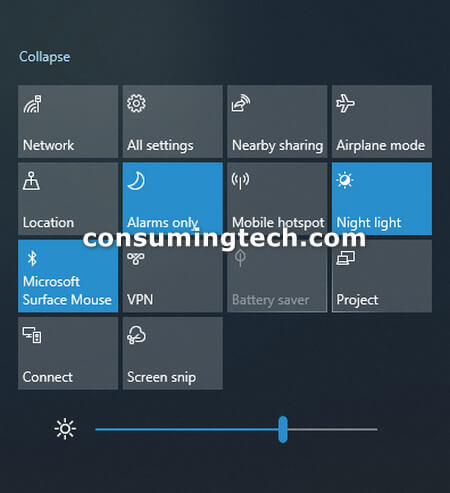 Even though the new Action Center is already rolling out to Windows Insiders, it could still mean its official release won’t be until the second half of the year along with the rest of the Sun Valley Project. Features like the Action Center are quite complicated and may take time to get them bug-free and primed for an official release.

Mathew is a qualified Microsoft Windows systems administrator (MCSA) who has covered OSs, browsers, the internet, and related tech since 2011. He is the founder and editor of ConsumingTech.com and is a freelance tech writer for various publications around the Web. Mathew graduated from DDLS Melbourne (now Lumify). He grew up in Melbourne and lives in rural Victoria, Australia. Read Mathew's full biography. Mathew's social profiles: Twitter, Facebook, Mastodon, Instagram, LinkedIn, and Github.
« Extensive Downloads Flyout with New Features Comes to Edge Insiders» Microsoft PowerToys Gets Launcher and New Welcome Screen