The June 2020 Patch Tuesday update comes with security fixes and a number of other improvements. 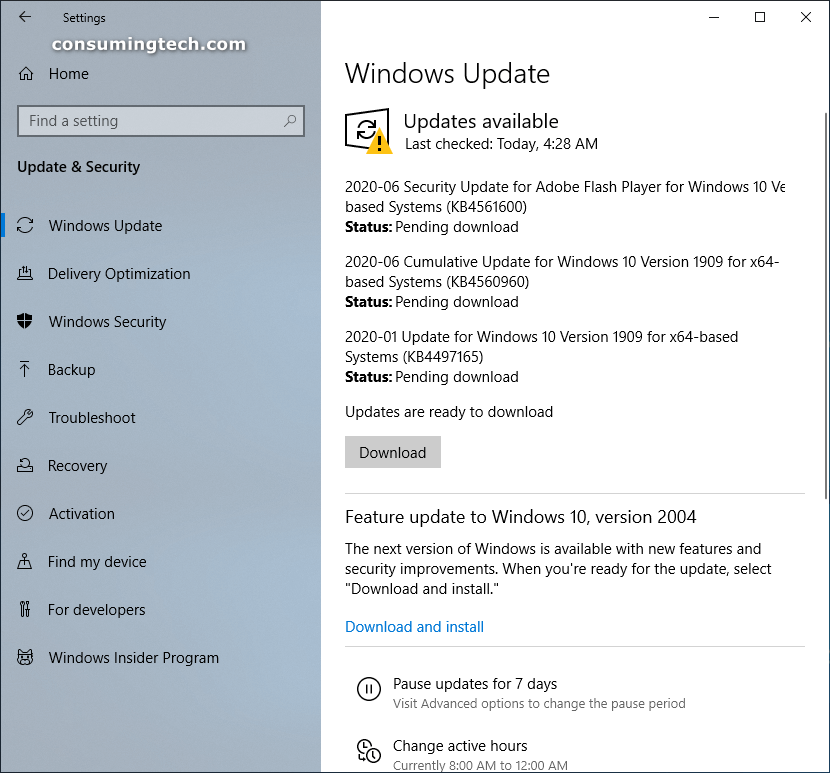 Microsoft has advised for a long time that people shouldn’t be using Internet Explorer anymore now that it has switched over to Edge, but they’re still maintaining IE with some security updates. Additionally, most computers should by now have found the new Chromium-powered Microsoft Edge browser available as the default Edge browser to use, but just in case you’re using an older version of Windows 10, there is also a security update for the classic Edge in this update.

In addition to the above, Microsoft has improved the security of the default applications and services in Windows 10 with this update. There are also security enhancements to some of the Microsoft Office apps. You may also find added security for some external hardware, including mice, keyboards, Xbox game controllers, as well as web cameras.

Please visit the link below to download the Windows 10 KB4560960 offline installer from the Microsoft Catalog website if you don’t want to wait for the update to arrive automatically or if you need to install the update while offline.

Mathew Diekhake is a certified Microsoft systems administrator from Australia and also the editor of ConsumingTech.com. With a never ebbing desire to cover technology, he spends most days consumed by Windows, Linux, and Android in particular; however, he has spent innumerable hours learning consumer tech software in general, formally and as an autodidact, and has authored tens of thousands of tutorials and news articles since 2011. Mathew has obtained numerous Microsoft certificates and is a qualified sysadmin (MSCA). Read Mathew's full biography. Mathew's social profiles: Twitter, Facebook, Instagram, LinkedIn, Github, Reddit.
« Dell and Lenovo Reveal Test Device List Compatible with Windows 10 (Version 2004)» How to Install Alcatel OneTouch Flint 5054O Firmware Flash File