The last software update rolling out for Windows 7 is removing the wallpaper and replacing it with a black screen. While it sounds alarming, the new black screen is thought of as a bug rather than Microsoft turning out the lights on a version of its operating system that it has been trying to get users to upgrade to more recent Windows offerings for several years now. 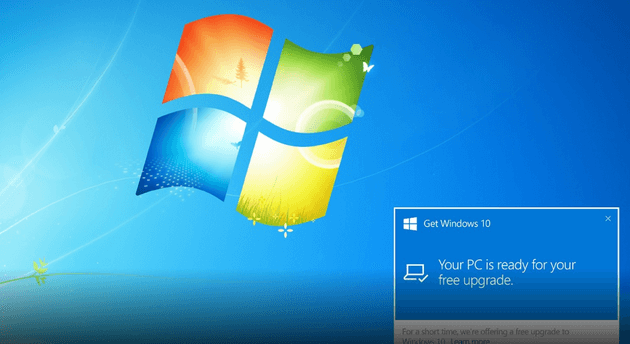 Since only some users were reporting the problem and not all, it does seem to point toward Microsoft’s activation server and not a deliberate ploy to make Windows 7 seem more unappealing.

Windows 7 has been an outdated operating system, in every sense of the word, for years now. You can still find free ways to upgrade according to Microsoft employees if money is the reason for not upgrading to Windows 10.

Mathew Diekhake is a certified Microsoft systems administrator from Australia and also the editor of ConsumingTech.com. With a never ebbing desire to cover technology, he spends most days consumed by Windows, Linux, and Android in particular; however, he has spent innumerable hours learning consumer tech software in general, formally and as an autodidact, and has authored tens of thousands of tutorials and news articles since 2011. Mathew has obtained numerous Microsoft certificates and is a qualified sysadmin (MSCA). Read Mathew's full biography. Mathew's social profiles: Twitter, Facebook, Instagram, LinkedIn, Github, Reddit.
« ‘Google SeachLiaison’ Suggests Desktop Favicons May Still Change» How to Uninstall a Windows Update in Windows 10 [Tutorial]