As of January 14—the same date Microsoft put an end to Windows 7 support—Windows 10 Mobile has come to the end of its support life, with Microsoft preferring to recommend users still use Windows apps but to get them from Android and iOS app stores instead.

Like with Windows 7, it also means you’ll want to replace the smartphone you have that runs Windows 10 for something else, presumably Android or iOS as well. 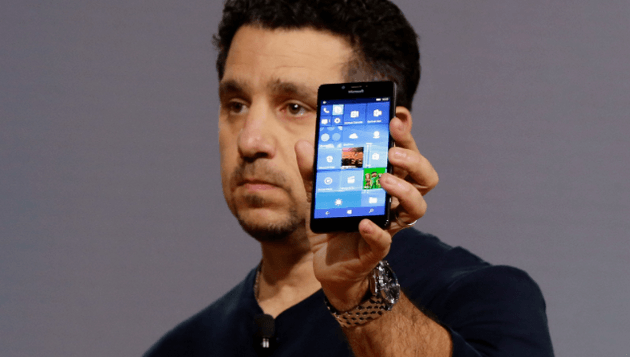 While Windows 10 Mobile (the operating system) is no longer receiving updates, the end of support life for the Office apps that run on Windows 10 Mobile is being extended until January 12th, 2021. This means while there are no guarantees you won’t run into compatibly issues with other apps, you can at least continue using anything in the Microsoft Office suite—Word, Excel, PowerPoint, so forth—and know that you can still trust them to work for roughly another year. It should be noted, however, that the old date given for the end of Windows 10 Mobile support was the 12th of 2020 when in fact it became the 14th, so the end of Office support should be thought of as a rough given date as of now.

Microsoft Now Recommends Getting to Know Android or iOS Instead

In a stunning admittance, Microsoft is recommending people drop Windows 10 Mobile and make the switch to iOS and Android. Microsoft is offering plenty of apps for Windows users on both of those already existing and flourishing mobile platforms instead.

It’s anyone’s guess what Microsoft will do next. On the one hand, many journalists around the internet are calling for Microsoft to bring back Windows 10 Mobile. At the same time, those days seem a long while away if Microsoft representatives are calling for people to forget about the Windows platform and start using Android and iOS in its place. For the optimistic person, we can recall a Bill Gates interview where he definitely did say Microsoft or Windows would be eventually returning to the world of smartphones; he just didn’t hint at when that might be happening.

If you keep your Windows 10 Mobile as a smartphone for daily use, we recommend at least heading to the settings and turning off automatic updates and updates entirely. Since your operating system isn’t getting any updates, you want to keep the apps on the same versions they’re running now, which should help you avoid any compatibility issues going forward—at least until they stop working and there’s nothing you can do about it. With updates turned off, there’s no reason you shouldn’t be able to continue using your Windows smartphones for as long as the lithium-ion battery can handle its screen still being turned on.

If you continue updating some applications, you can manually update the Microsoft Office apps. This will allow you to continue getting Office updates until its end of support life in 2021, while still preventing any other apps from updating and becoming incompatible.

Mat Diekhake is the editor of ConsumingTech.com. He has been inseparable from the internet since Web 2.0 in 2005 and by 2008 decided on a career within IT. With a never ebbing desire to cover technology, he spends most days consumed by Windows, Linux, and Android in particular; however, he has spent innumerable hours learning consumer software in general, formally and as an autodidact, and has personally authored tens of thousands of articles since 2010. Microsoft awarded him numerous certificates which resulted in him becoming a qualified Windows systems administrator (MSCA). Read Mathew's full biography. Mathew's social profiles: Twitter, Facebook, Instagram, LinkedIn, Github, Reddit.
« Windows 7 Users Issued Final Windows 10 Upgrade Warning» Revamped Windows 10 Fluent Design Icons for Office and Default Apps Rolling Out Slowly to Insiders