If you’re a Windows user, you probably know by now that Microsoft had been offering a free upgrade to most users to get them away from the older versions of Windows that they were looking to remove people from and to get them running on Microsoft’s latest creation, Windows 10.

The free upgrade was only for the first year, though, so it was more of a promotional offer than a free upgrade for everybody. Undoubtedly, there were quite a few people put off by this — system administrators and businesses in particular often take a long time before they’re ready to start integrating new software into the corporate environment. 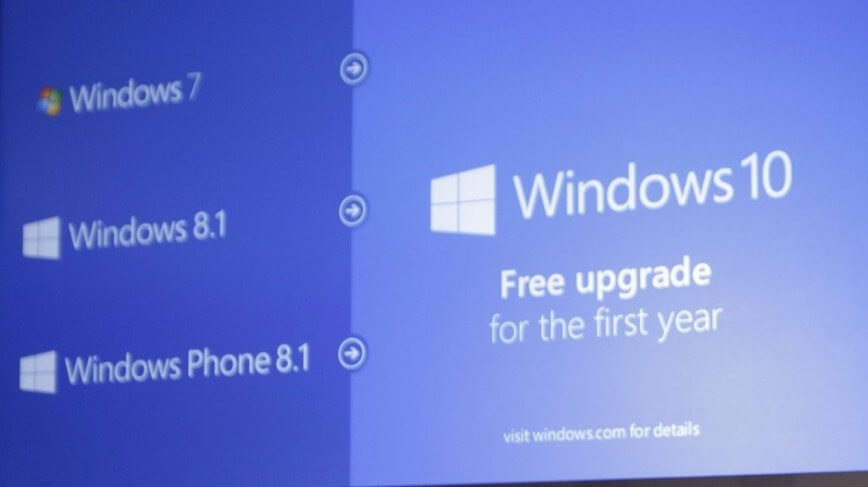 That free upgrade had officially ended on July 29, 2016 — some three and half years ago now — so it may come as a surprise that there are ways you can still get yourself a free copy of Windows 10 that comes fully activated and with a license.

According to a Reddit user, the way you can do this is by downloading the Media Creation Tool to your computer and then entering the product key during the installation process when asked. Once the upgrade is completed, you have the full digital license, which can be verified over an internet connection. All you have to do is already have a computer with an activated version of Windows 7, Windows 8, or Windows 8.1, and the free upgrade is apparently still all yours. What it won’t do is activate an existing Windows 10 installation without the path of coming from one of the other existing Windows editions first that the free upgrade was available for.

Amusingly, a Microsoft representative replied to the thread, confirming the free upgrade did exist still. This is what he said:

Well, I guess the cat’s out of the bag…

I work at Microsoft and have been since before the Windows 10 launch. That whole “free” upgrade for a year was fully marketing fluff. After the cut off happened, the direction given was that it requires a paid license HOWEVER, this was brought up by the brick and mortar stores that they were doing simple clock changes on customer devices during the upgrade challenge to get around it and then ultimately it was clear two years later that anything Windows 7 and up would go to 10 fully activated and still to this day.

WDG didn’t care pretty much at all because Terry Meyerson at the time cared more about his upgrade stats than license revenue as Windows isn’t Microsoft’s cash cow anymore. It’s the same stance back in the day where Microsoft would allow Windows Updates on pirated copies of Windows 7 as the bigger picture was to thwart security threats based from those copies.

You still can do this no problem, however careful, do an upgrade keeping everything as if you choose to yeet everything and start fresh, you lose your free upgrade. That old 7 license converts to a 10 digital license and from there you can clean install no problem. As for audits, this mainly is for volume licensing than anything. An SMB with 10-200 Windows 7 machines that were OEM licensed don’t really matter. If you try this with 1,000 computers, iffy. At the end of the day, Microsoft had four years to close that loophole and never did so if worse came to worse, you could technically go through legal avenues as the EULA for 10 literally doesn’t have a clause for this at all. You can’t shit on someone taking advantage of an activation workaround when you as the manufacturer never closed it.

If you can’t afford the Windows 10 upgrade, some other internet users suggest Microsoft doesn’t really care too much about you using pirated versions of the Windows 10 operating system because they’re more interested in people upgrading and starting to use Windows 10. We cannot confirm whether that is true or not — it doesn’t sound like something we’d recommend you doing, because we’ve seen footage of Microsoft taking pirating very seriously in the past (as in jail time). But if you did have an interest in pirating Windows, we have taken a look around, and it certainly seems a popular thing to do. There are at least close to a thousand people seeding the software right now from one major source alone.

Another loophole we have noticed is some computer manufacturers do offer Windows 10 Pro upgrades cheaper than others. Most places where you can buy laptops online offer the upgrade for $100, but there are some who offer it for $50. So that may be worthwhile to anyone looking for Windows 10 Pro and a new computer.

See also: How to Change Product Key in Windows 10

Mathew Diekhake is a certified Microsoft Systems Administrator from Australia and also the founder and editor of ConsumingTech.com. With a never ebbing desire to cover technology, he is mostly consumed by Windows, Linux, and Android. However, he has spent stacks of hours learning about a variety of computer software, both formally and informally, and has authored tens of thousands of tutorials and news articles since 2011. Mathew has obtained many Microsoft certificates and is a qualified sysadmin (MSCA). Read Mathew's full biography. Mathew's social profiles: Twitter, Facebook, Instagram, LinkedIn, Github
« Windows 10 1903 Update Management Changes for WSUS and Config Manager» Progressive Web Apps in Microsoft Edge to Improve Native Apps in Windows 10