Microsoft is planning its biggest software update of the year with its Windows 10 version 2004 update, also known as the Windows 10 May 2020 update, which will include with it all of the all features and fixes from past cumulative updates up until Windows 10 version 1909.

Everyday users won’t have a problem letting Windows Update roll out the update when it thinks it is ready for your computer. However, if you’re an IT professional and use Dell or Lenovo computers, you may be interested in checking out either of their test device list which shows which devices from those two manufacturers are going to be compatible with the upcoming Windows 10 version 2004 update. 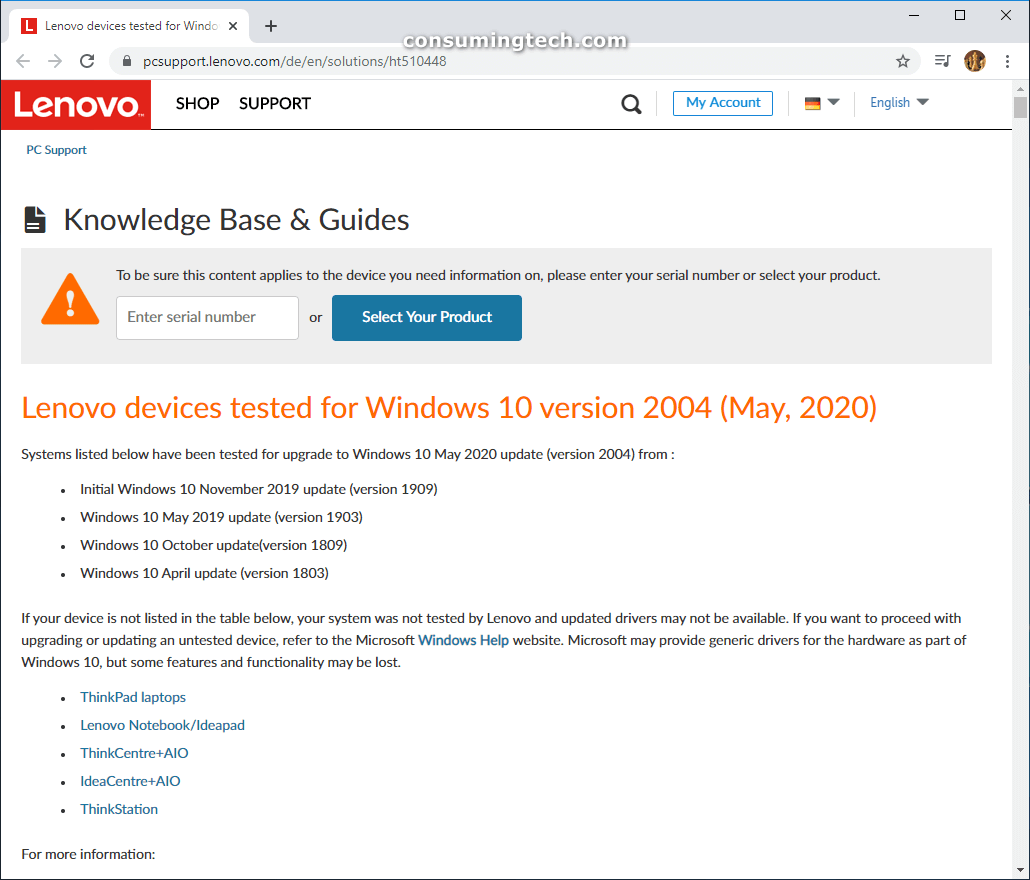 If you scroll down toward the bottom of the Lenovo support page, you will also find some other useful links to related topics, such as topics regarding drivers, other Windows 10 updates, and supported system lists.

The Dell support page goes into great detail regarding computers tested for the May update as well, as well as the link you may need to download the current latest version of Windows 10 that Dell recommends you have running before the new update arrives.

If either your Lenovo or Dell computer isn’t already installing software updates that are current, you can head to the Settings app (via Start > Settings) and then navigate to Update and Security and Windows Update to check for updates.

As mentioned, everyday users don’t have to worry as Windows Update, PC manufacturers, and Windows 10 all work together already to keep your system up to date provided you accept the software updates when they arrive.

Mathew Diekhake is a certified Microsoft systems administrator from Australia and also the editor of ConsumingTech.com. With a never ebbing desire to cover technology, he spends most days consumed by Windows, Linux, and Android in particular; however, he has spent innumerable hours learning consumer tech software in general, formally and as an autodidact, and has authored tens of thousands of tutorials and news articles since 2011. Mathew has obtained numerous Microsoft certificates and is a qualified sysadmin (MSCA). Read Mathew's full biography. Mathew's social profiles: Twitter, Facebook, Instagram, LinkedIn, Github, Reddit.
« How to Install Alcatel OneTouch 4031D Firmware Flash File» Windows 10 Build 18363.900 Now Available Via Windows Update & Offline Installer