Microsoft Edge is testing new context menus for PDF files in new Edge Insider builds. You can also test these out via PDF files that have written text in them. The new simplified menu appears after you have selected some text within the PDF document.

As long as you’re running the latest Edge Canary build, the new context menu is enabled by default. However, you can also use a toggle from the Settings via Settings > Appearance > Context menus to enable and disable the option whenever you want. 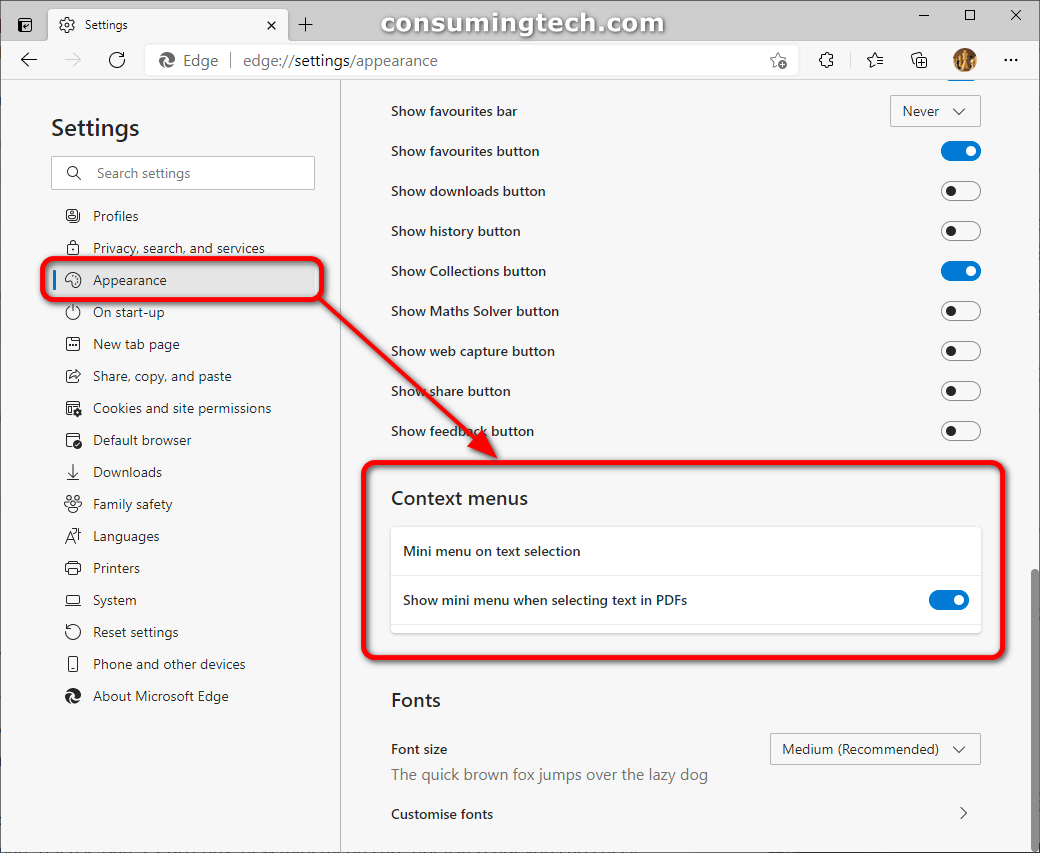 We don’t use PDF files and can’t reproduce them very easily because Acrobat isn’t free to use. However, if you wanted to create a PDF file to test this out, you could do so by navigating to Acrobat > Tools > Create PDF.

The new simplified context menu doesn’t remove the options it used to show; rather, it hides them behind an additional click one must make on the More actions… link.

It is not known whether Microsoft may begin to experiment with the more simplified context menu in other areas around the operating system. If most people tend to only click the same few links from the menus, then it’s entirely possible they do extend the idea to the other menus given how much simplification increases overall participation, that is, the simpler things get, the more average people will use them.

Mathew is a qualified Microsoft Windows systems administrator (MCSA) who has covered OSs, browsers, the internet, and related tech since 2011. He is the founder and editor of ConsumingTech.com and is a freelance tech writer for various publications around the Web. Mathew graduated from DDLS Melbourne (now Lumify). He grew up in Melbourne and lives in rural Victoria, Australia. Read Mathew's full biography. Mathew's social profiles: Twitter, Facebook, Mastodon, Instagram, LinkedIn, and Github.
« Custom Image Allows for Windows 10x to Be Installed on Any PC» Chrome Version 89.0.4389.114: Stable Channel Update for Desktop