One of the new features that you get with the Windows 10 operating system is the chance to check out recently added applications and programs directly from the Start menu by clicking the Windows icon. The problem with that feature is it only shows the most recent installed apps and programs and not several of them.

Nobody knows why they decided to do it that way, but if I were to guess, I would say because they didn’t want it to give too much information away or the feature would quickly become a burden to people who don’t want everything they have installed as public information for whoever uses the computer.

There is a rumor going around that after installing the Anniversary Update it changed the feature from showing one app or program to showing three, plus giving users the chance to click an “expand” button available directly beneath the three apps or programs which then allows you to check out many more in a list. That might be the case for some people, but it is not the case for everyone.

If your Windows 10 operating system is up to date with the installments and you still don’t have the chance to check out more than one recently added app or program from the Start menu, you can find out the most recently installed applications and programs on the computer by accessing the Windows Settings instead.

How to View Recently Installed Applications and Programs in Windows 10

Firstly, we will show you what we mean when we talk about the “Recently added” feature from the Start menu.

Click on the Windows icon available from the left-hand side of the Windows 10 taskbar, so the Start menu opens.

Look at the very top to find your “Recently added” list.

You can see that mine is only showing the one application, and yet I am running on the Anniversary Update, so it suggests that not all areas around the world received the update that people are talking about where it shows three apps with the chance of expanding it even further. Either that or they decided against the feature and those who updated to the Anniversary Update at a later date such as I did are not seeing that expanded feature. 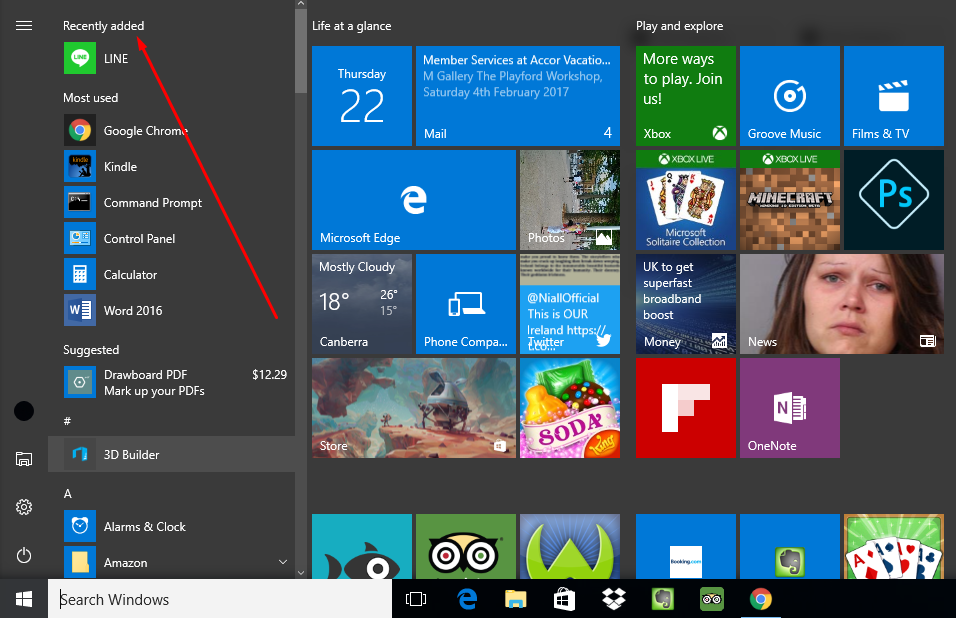 Click on the “Settings” gear icon from the left-hand side pane to open up the Windows Settings page.

Click on the “System” option from the “Windows Settings” page. 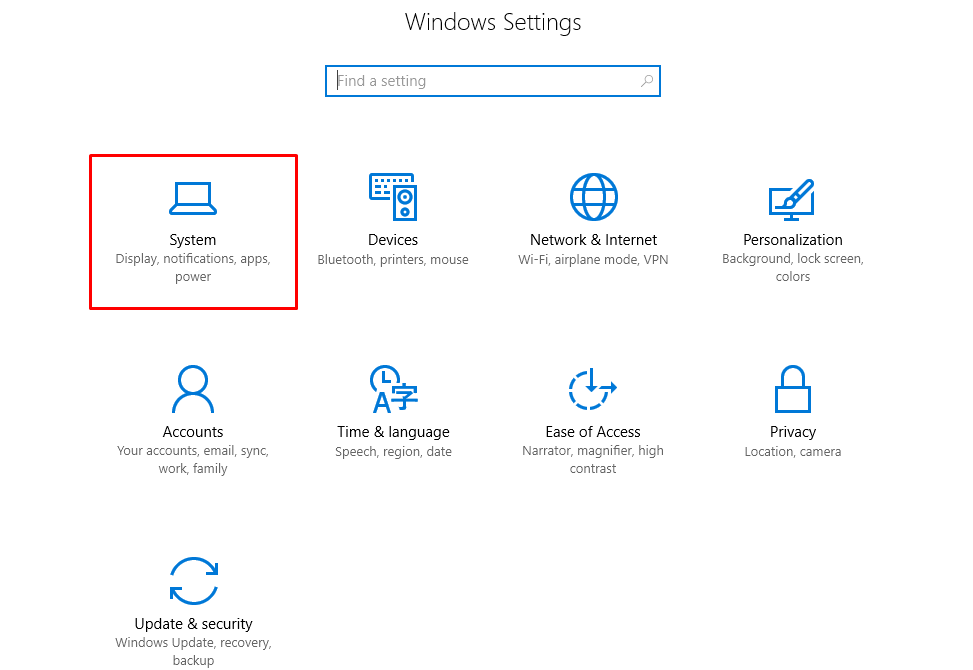 Click on the “Apps and features” from the left-hand side pane in the System Settings to reveal the list of applications and programs that you have installed on the Windows 10 operating system. 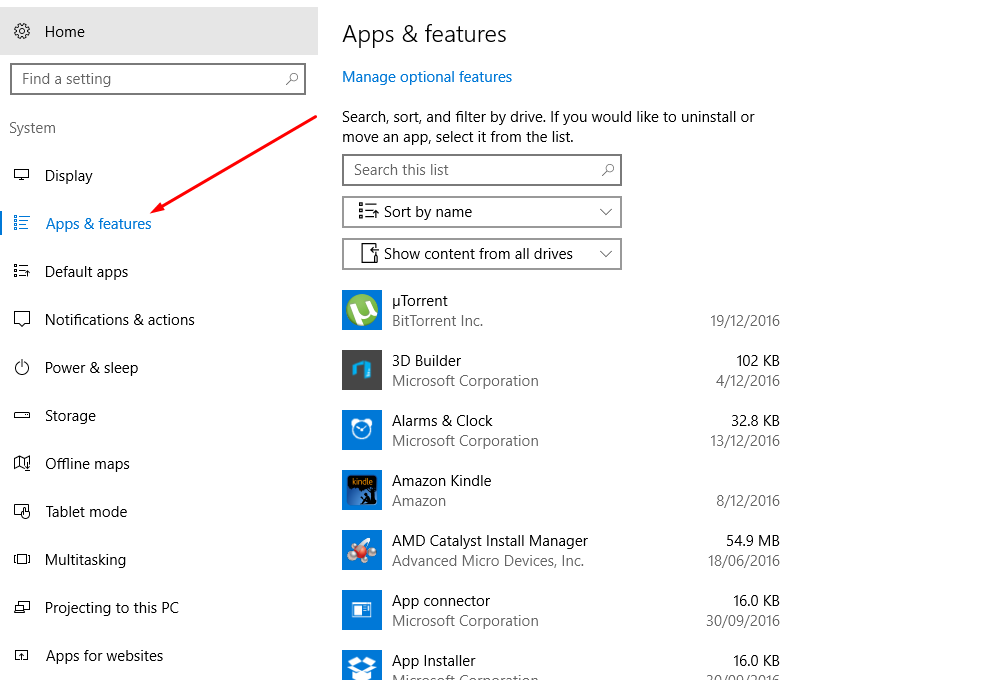 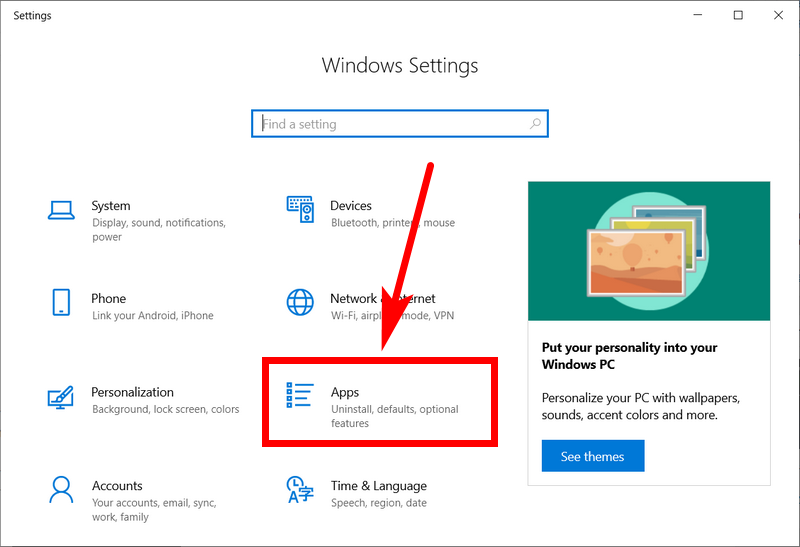 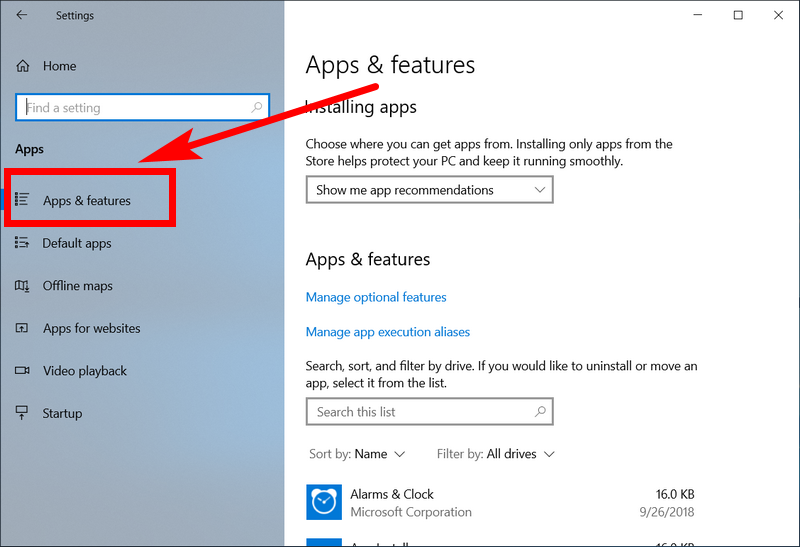 Now look over to the right-hand side of the computer screen, and you will see a few drop-down menus available. The middle one should currently say “Sort by name.” Click on it to reveal some more options inside. 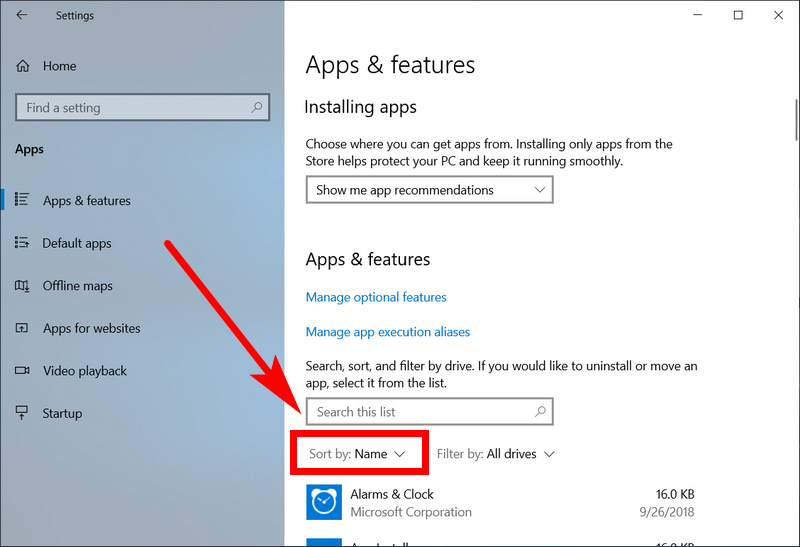 Click on the third option from the drop-down menu which is the chance to “Sort by install date” so you can see the most recently installed programs and applications. 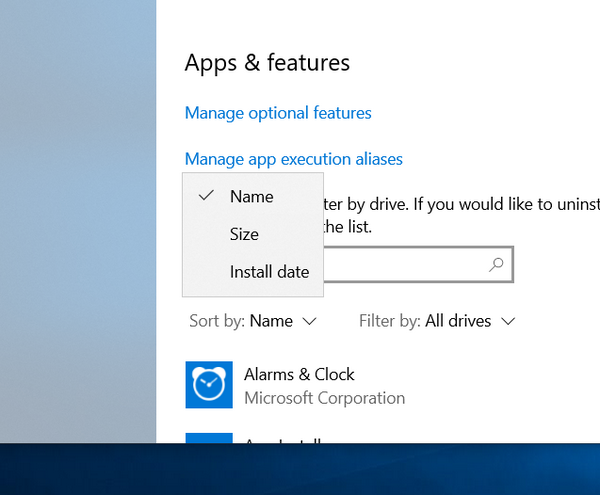 It then puts the application and programs that were most recently installed at the top of the list, as well as showing you the date that they were installed to the right side of the app or program. 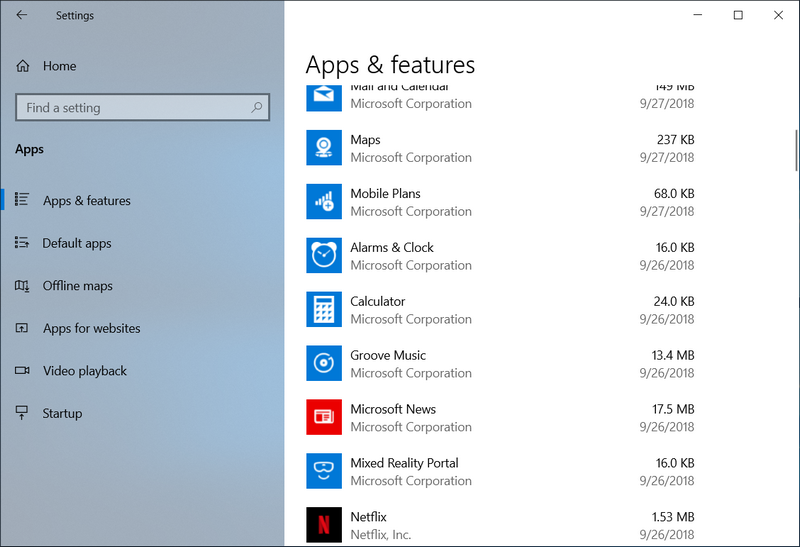 That is all you need to view the most recently installed applications and programs that you have installed on the Windows 10 operating system. It’s worth noting that the list you see is only going to be for the Windows user account that you are currently using. So if you set up the computer with the admin account and your kids have their personal accounts, the apps that the kids have installed recently are not going to show up at the top of the list unless you are logged into their accounts instead of your admin account. The administrative account means you get all of the administrative permissions to do what you want, but it doesn’t say that you have full control to view what everyone else is doing on the computer.

Mathew is a qualified Microsoft Windows systems administrator (MCSA) who has covered OSs, browsers, the internet, and related tech since 2011. He is the founder and editor of ConsumingTech.com and is a freelance tech writer for various publications around the Web. Mathew graduated from DDLS Melbourne (now Lumify) in 2011. He grew up in Melbourne and lives in rural Victoria, Australia. Read Mathew's full biography. Mathew's social profiles: Twitter, Facebook, Mastodon, Instagram, LinkedIn, and GitHub.
« Check Installation Date of Apps and Programs in Windows 10» Automatically Hide Taskbar in Tablet Mode in Windows 10