Starting with Windows 10 build 17063, Microsoft has started to put an emphasis on connecting with people—making it noticeably easier to use the Skype application, as well as others such as the native People application.

You can now use the People app to connect with all your favorite people in the one place, fully integrated into the Windows 10 operating system and accessible from the taskbar. It’ll even work if your contacts are with Google and not Microsoft-owned email clients such as Outlook or Hotmail.

Also starting from the Windows 10 build 17063, Microsoft is going to offer app suggestions in My People that it thinks are going to be apps that you might be interested in using. Like with the suggested content from the Settings application, Microsoft makes it possible to turn off the My People suggested applications if you prefer not seeing them.

This is what you need to turn the My People suggested apps on or off in the Windows 10 operating system when running on the 17063 build number and will likely stay this way for some time to come. 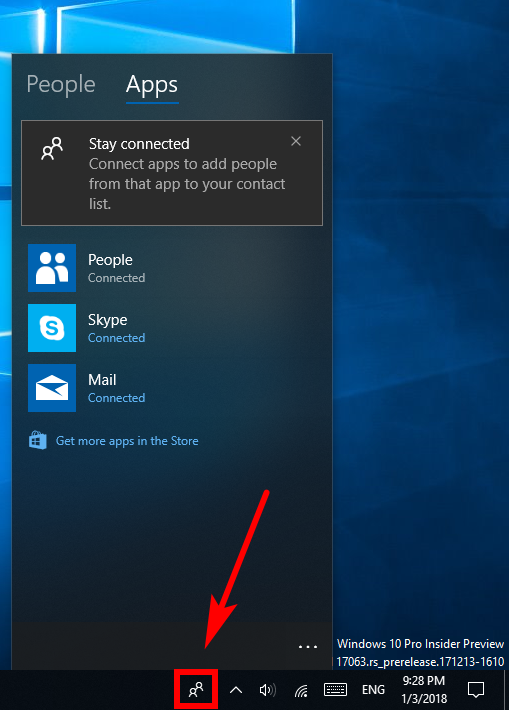 You can turn the suggested applications for My People on or off directly from the Settings application in Windows 10. To get started, navigate to the Start menu > Settings > Personalization > Taskbar and then scroll down the right side pane until you get to the “Show contacts on the taskbar,” which is a setting that is off by default for most computers, and toggle it on. (If this is already on for your computer then just skip to the next step.) 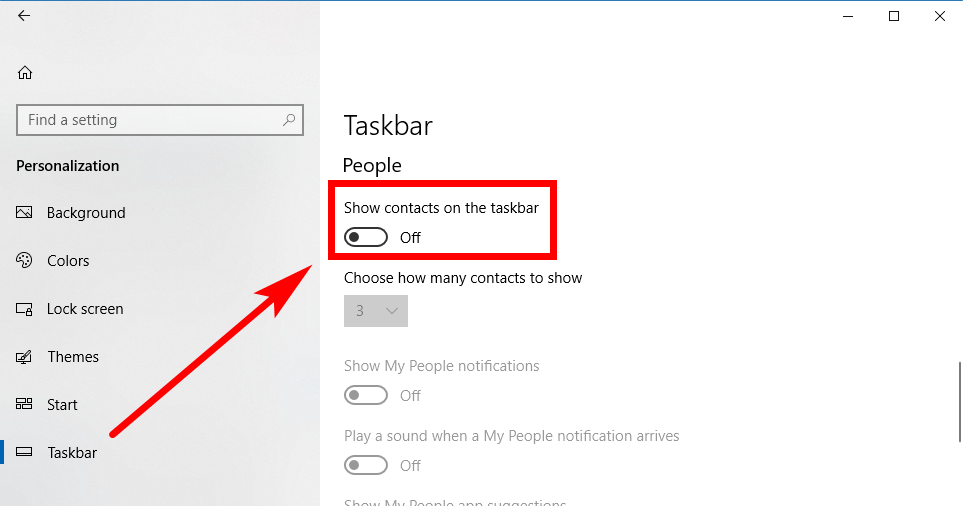 Now you should be able to scroll a bit further down the same right side pane and find the “Show My People app suggestions” toggle switch that you can turn on or off depending on what you desire. Turning this on will mean that you will find My People app suggestions, which might not be a bad thing considering this is a new feature and you might not know about many applications out there that developers have been working on for this. 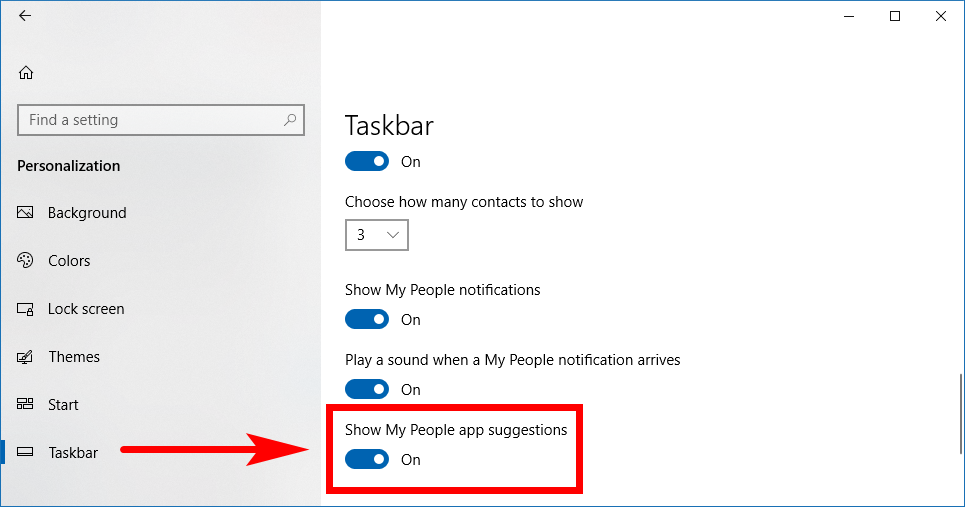 The location for the settings related to the suggested app for My People might not be as convenient as many would have liked, but if you remember that My People is part of the “Personalization” category of the Settings application then you shouldn’t have too much trouble remembering how its’ done given that My People is available in the taskbar.

Mathew is a qualified Microsoft Windows systems administrator (MCSA) who has covered OSs, browsers, the internet, and related tech since 2011. He is the founder and editor of ConsumingTech.com and is a freelance tech writer for various publications around the Web. Mathew graduated from Lumify Melbourne in 2011. He grew up in Melbourne and lives in rural Victoria, Australia. Read Mathew's full biography. Mathew's social profiles: Twitter, Facebook, Mastodon, Instagram, LinkedIn, and GitHub.
« Turn On/Off Mobile Hotspot in Windows 10» View App Permissions in Windows 10