Home » Internet » What is RedGIFs and Is It Safe?

What is RedGIFs and Is It Safe?

Meet RedGIFs: The site where Reddit meets animated GIFs. Reddit gets many users reading its content for a bevy of subjects that can be anything from motorsports to technology. But it’s also a site that allows adult content unlike the other social media giants like Facebook (technically Twitter does allow adult stuff but it’s not really the right kind of platform to make use of it). This is where RedGIFs come into play. 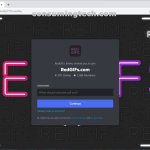 RedGIFs (RedGIFs.com) is a website for adult GIFs. Years ago, there was a website called Vine. It was an instant hit that allowed people to upload videos seven seconds or less in length. But it shut down because even though the company was only allowing seven-second videos, it wasn’t able to monetize the platform (in other words, due to the large servers required to host the videos, Vine’s owners couldn’t make it profitable).

But Vine was a great website. And the only real competition it has had since is TikTok. RedGIFs is similar to Vine in that it only allows short video clips in the form of GIFs, which help keep the running costs down for its founders as well as its viewers. But undoubtedly, many people will enjoy watching GIFs instead of videos as well.

RedGIFs is a unique idea. And it doesn’t surprise us that it has taken off and become very popular. RedGIFs has creators who enjoy getting as many views to their GIFs as possible and try to make their content go as viral as they can.

I installed the Malwarebytes Browser Guard on my Chrome browser and was able to browse the site RedGIFs.com without any issues.

To check this further I ran malware scans with Malwarebytes and Spybot – Search & Destroy and both scans returned with no issues. I also ran a system-wide scan with Microsoft Defender and no malware was found.

To confirm the site is clean, I also checked the site RedGIFs.com on an online malware scanner and it returned with no issues. No malware was found and we can see that the site is not blacklisted by any security vendor. You can see the same here: https://sitecheck.sucuri.net/results/RedGIFs.com

There is no way to download RedGIFs videos from its website. There is a Copy link beneath the animated GIFs that allows you to copy the links to the videos. You can paste these links in things like your Google Chat windows to others friends, but it won’t download the video; rather it will open the RedGIFs website to show the GIFs. There are some third-party sites that claim to allow the downloading of RedGIF; however, this is not something we can openly promote since RedGIF itself clearly doesn’t want its users to download the files (or else they would offer it).

You can delete your RedGIFs account by contacting the RedGIFs website at the following email address: accountdeletions@redgifs.com. It is quite common for services to not allow users to automatically delete an account. But if you email them at the said address, they will be willing to delete your account for you.

Mathew is a qualified Microsoft Windows systems administrator (MCSA) who has covered OSs, browsers, the internet, and related tech since 2011. He is the founder and editor of ConsumingTech.com and is a freelance tech writer for various publications around the Web. Mathew graduated from DDLS Melbourne (now Lumify). He grew up in Melbourne and lives in rural Victoria, Australia. Read Mathew's full biography. Mathew's social profiles: Twitter, Facebook, Mastodon, Instagram, LinkedIn, and Github.
« Fix: Spotify Logged Me Out» Fix: Crunchyroll Black Screen 2022