Microsoft probably never predicted the sheer number of people who would be interested in helping them create a better Windows operating system, especially for free as it has been up until recently, even though Microsoft has now started at least some attempt at a rewards program for those who do help out.

Most notably, Microsoft has gotten rid of the fast and slow “rings” and replaced them with much more distinct channels that people can sign up to. The three new channels include the Dev channel, the Beta channel, and the Release Preview channel. All three channels are naturally listed in order of the most likely to cause your computer woes to the least likely. And if you couldn’t work out what they were by name alone, each channel also comes with helpful descriptions so you can’t ever get it wrong.

Here is what the new Windows Insider section of the Settings application looks like after the update: 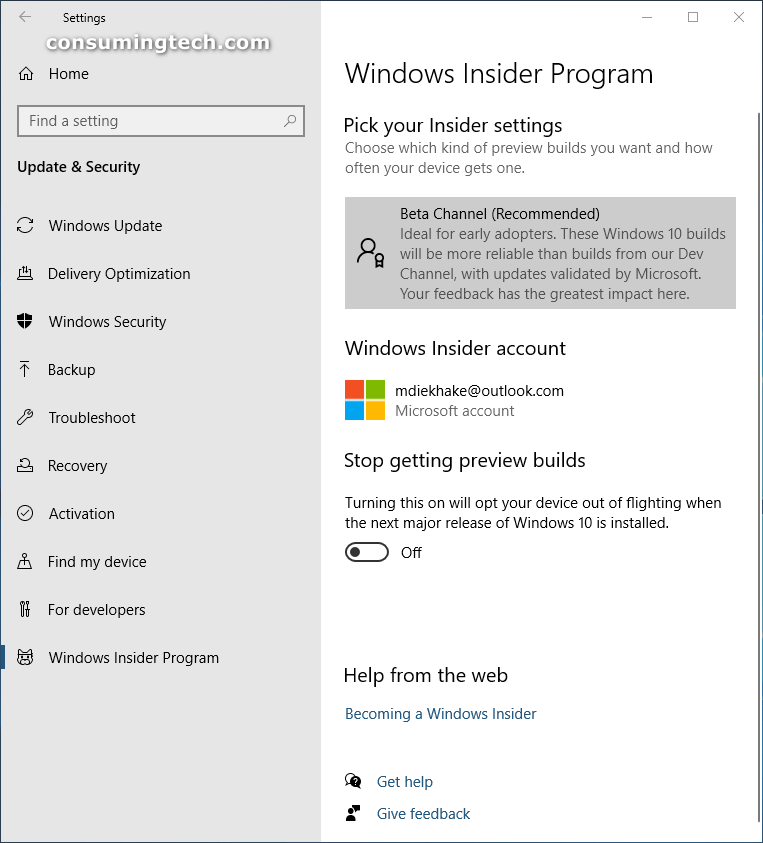 Here is the screen that allows you to choose one of the three new channels: 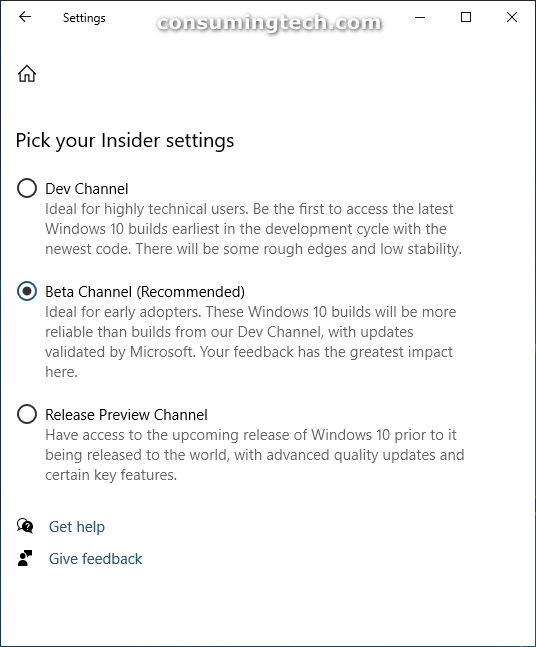 And this is the official screenshot that Microsoft originally delivered to users that describes what each channel entails: 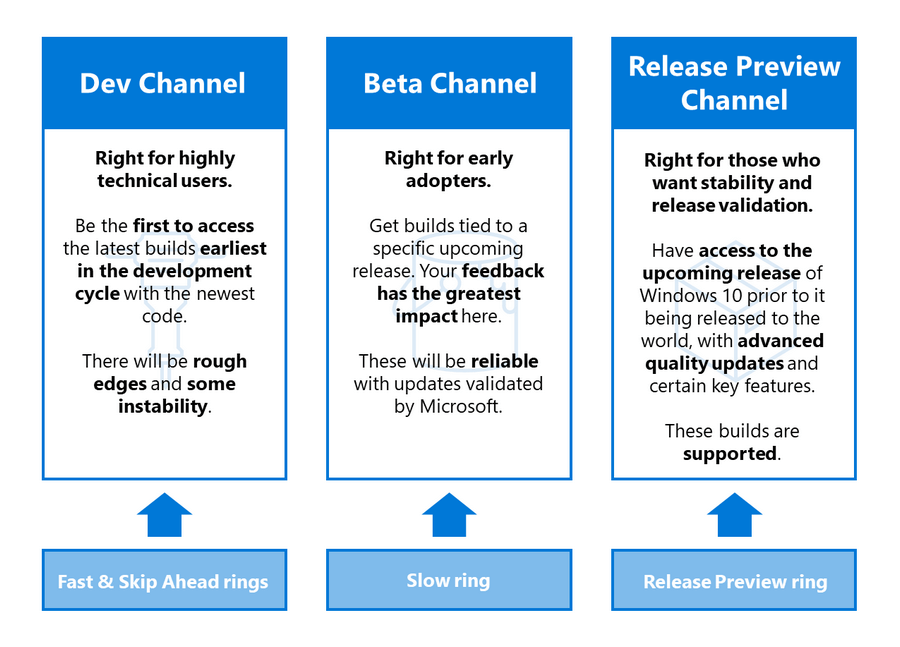 If you’re not yet a Windows Insider, then you will see these new channels when you update your Windows computer next. If you are already flighting a Windows Insider version, then Microsoft will automatically switch you over to the channel that makes the most sense based on what you signed up for. For instance, the fast right will be moved to the Dev channel, the slow ring to the beta channel, and the Release Preview ring to the Release Preview channel.

We’ve been using this new Windows insider app for a while now, and we can share that it’s much easier to stop and start receiving Insider builds now too. It used to take a long time to stop getting updates, which would have had a dramatic effect on the number of people continuing to subscribe because for many it wouldn’t have been worth the effort, especially if they had endured problems they could not solve in the past but were still stuck on those builds for a long time. 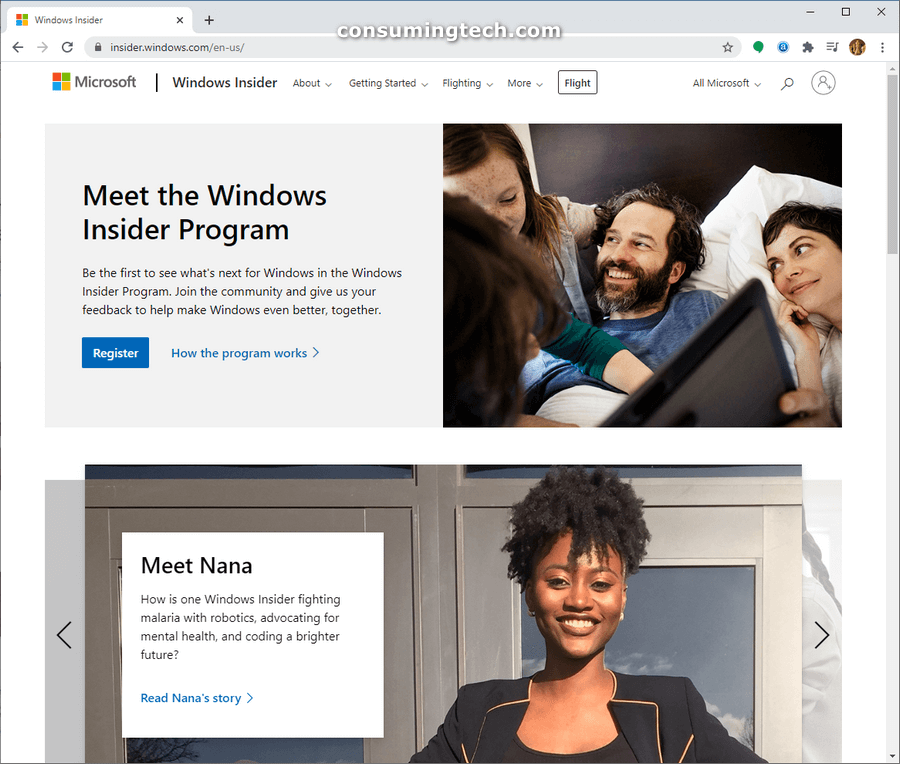 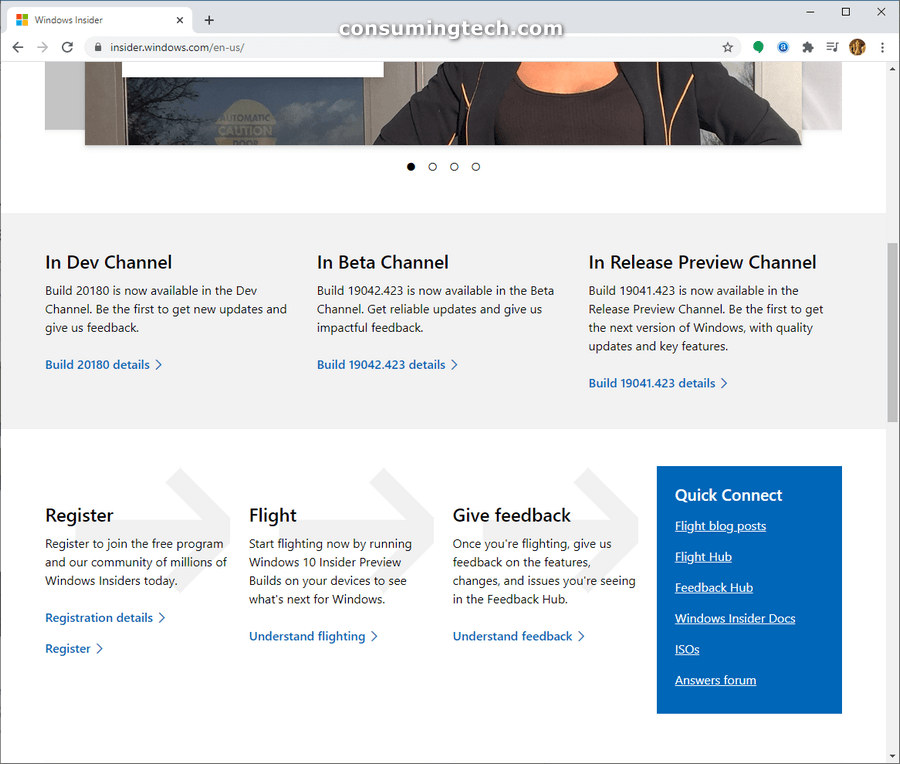 We’re thrilled with the new Windows Insider experience, and we’re predicting most others will be too. But they still give you the chance to leave feedback if you’re unsatisfied and wish to be heard.

Mat Diekhake is the editor of ConsumingTech.com. He has been inseparable from the internet since Web 2.0 in 2005, and by 2008 decided on a career in IT. With a never ebbing desire to cover technology, he spends most days consumed by Windows, Linux, and Android in particular. Though he has spent innumerable hours learning consumer software in general, formally and as an autodidact, and has personally authored over 10,000 articles since 2010. He is a qualified Microsoft Windows systems administrator (MSCA). Read Mathew's full biography. Mathew's social profiles: Twitter, Facebook, Instagram, LinkedIn, and Github.
« Alt + Tab Shortcut Now Includes Microsoft Edge Browser Tabs» Windows 10 KB4576478 Cumulative Update .NET Framework 3.5, 4.8