One of the best features Windows 10 has to offer is its search field. Located directly in the taskbar, you can search to bring up just about any feature you want to use.

Microsoft has been testing new search layouts recently. There are talks of removing Cortana from search so that search can become a standalone entity; there are also experiments taking place where the search field will open in a new box and sit in the middle of the desktop rather than be a box still attached to the taskbar. 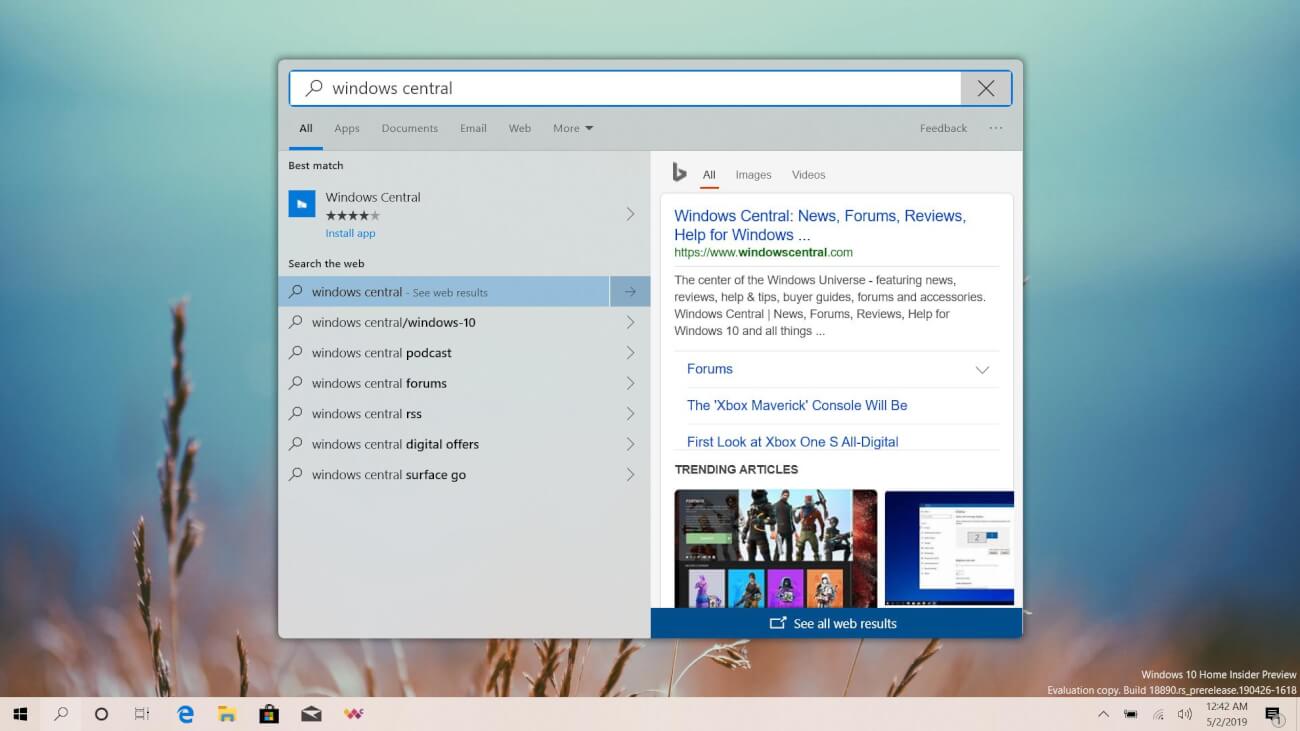 This time one of the things Microsoft is testing is rounded corners around the search field itself, to help give it a more modern look.

The taskbar itself is quite square and always has been, so it would make sense for features directly attached to it to be square as well. That being said, you have no choice for the taskbar to be square if you want to make the most of the screen real estate directly above it; and since the search field is currently being experimented with being in the middle of the desktop, there is no reason it would need to keep the same squared appearance as the taskbar which it came from.

According to Zac Bowden of Windows Central, the rounded corners are coming as part of the Fluent Design package which is set to bring with it many new icons around Windows 10. While it is only a subtle change, we concur that it looks better than being entirely square. If you can add some roundedness to a corner, it does look more modern, and likely will remain that way for the simple fact that a rounded corner is harder to achieve in development than a straight one; thus it requires more skill, which means fewer people are able to do it, and therefore it becomes more sought after.

Mathew Diekhake is a certified Microsoft Systems Administrator from Australia and also the founder and editor of ConsumingTech.com. With a never ebbing desire to cover technology, he is mostly consumed by Windows and Android. However, he has spent stacks of hours learning about a variety of computer software, both formally and informally, and has authored tens of thousands of tutorials and news articles since 2011. Mathew has obtained many Microsoft certificates and is a qualified Systems Administrator (MSCA). Read Mathew's full biography. Mathew's social profiles: Twitter, Facebook, Instagram, LinkedIn, Github
« How to Backup and Restore Microsoft Edge Favorites in Windows 10 [Tutorial]» Enable/Disable Google Chrome Sync and Automatically Sign in to Browser in Windows 10 [Tutorial]