Firefox 94.0b5 Released to Dev Channel

The Firefox browser has been updated to version 94.0b5. This update to the Dev/Beta channels was released on October 13, 2021. 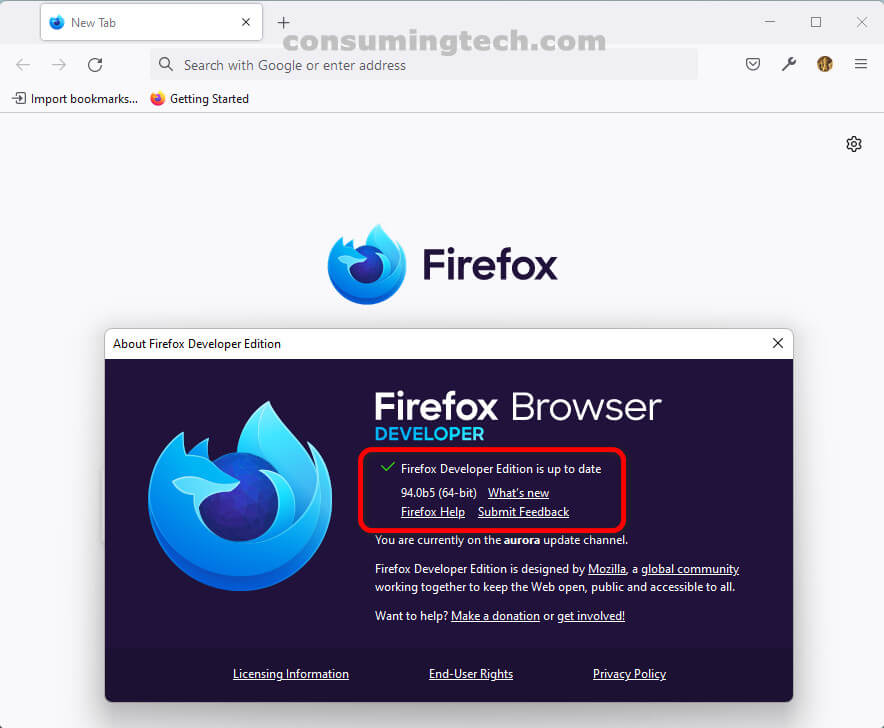 Firefox Dev 94.0b5 didn’t come with any release notes from Firefox. Instead, Firefox claims that Beta 6 came with 22 fixes, which to me suggests that merged the two because 22 fixes sounds like a lot for one beta version only released several days later than the previous one.

So, while there is no proof of this, if you want to know what occurred in beta 5, I suggest taking a look at the release notes for beta 6 instead.

Mat Diekhake is the editor of ConsumingTech.com. He has been inseparable from the internet since Web 2.0 in 2005, and by 2008 decided on a career in IT. With a never ebbing desire to cover technology, he spends most days consumed by Windows, Linux, and Android in particular. Though he has spent innumerable hours learning consumer software in general, formally and as an autodidact, and has personally authored over 10,000 articles since 2010. He is a qualified Microsoft Windows systems administrator (MSCA). Read Mathew's full biography. Mathew's social profiles: Twitter, Facebook, Instagram, LinkedIn, and Github.
« Opera Beta 81.0.4196.11 Updates Chromium to 95.0.4638.32 and More» Chrome Beta 95.0.4638.49 Disables Context Menu in Reading List View and More