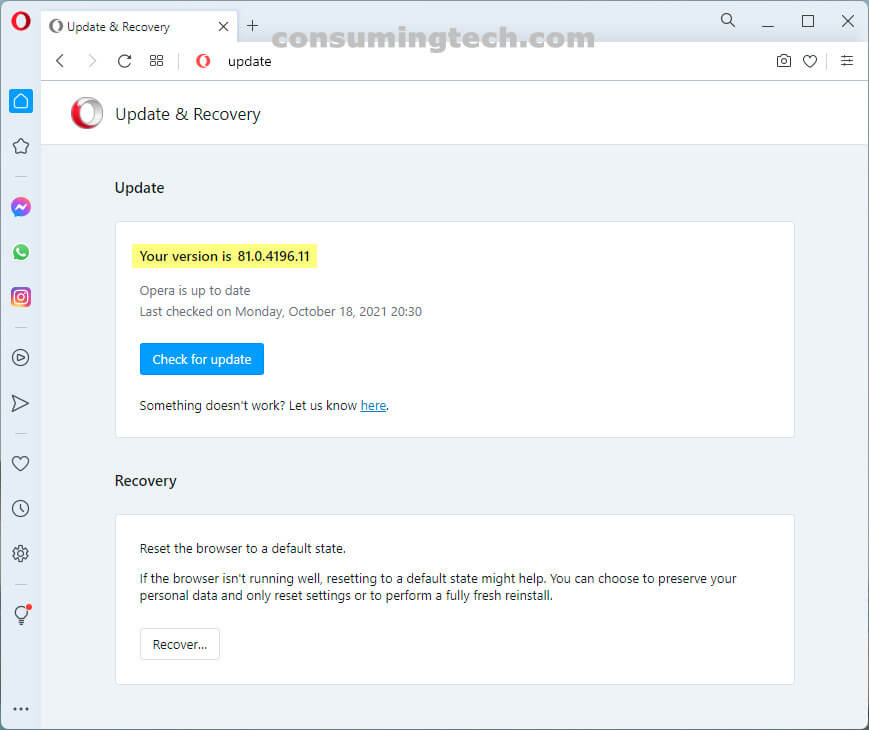 Opera Beta 81.0.4196.11 updates the Chromium foundation that it runs on to version 95.0.4638.32. In addition to updating Chromium, some bug fixes have solved several crashes that were occurring, and there is mention of one of the same features that was also listed in the newest Dev build, which is that Reader Mode has been enabled everywhere.

The full official changelog provided by Opera regarding the 81.0.4196.11 release:

There are no comments regarding potential issues surrounding this update as of yet.

Mathew Diekhake is a certified Microsoft systems administrator from Australia and also the editor of ConsumingTech.com. With a never ebbing desire to cover technology, he spends most days consumed by Windows, Linux, and Android in particular; however, he has spent innumerable hours learning consumer tech software in general, formally and as an autodidact, and has authored tens of thousands of tutorials and news articles since 2011. Mathew has obtained numerous Microsoft certificates and is a qualified sysadmin (MSCA). Read Mathew's full biography. Mathew's social profiles: Twitter, Facebook, Instagram, LinkedIn, Github, Reddit.
« Edge 96.0.1044.0 Released to Canary Channel» Firefox 94.0b5 Released to Dev Channel