Opera version 78.0.4093.184 updates the Chromium foundation that the browser runs on to version 92.0.4515.159. There are also some small fixes and improvements found in this update, though Opera didn’t mention exactly what they are. 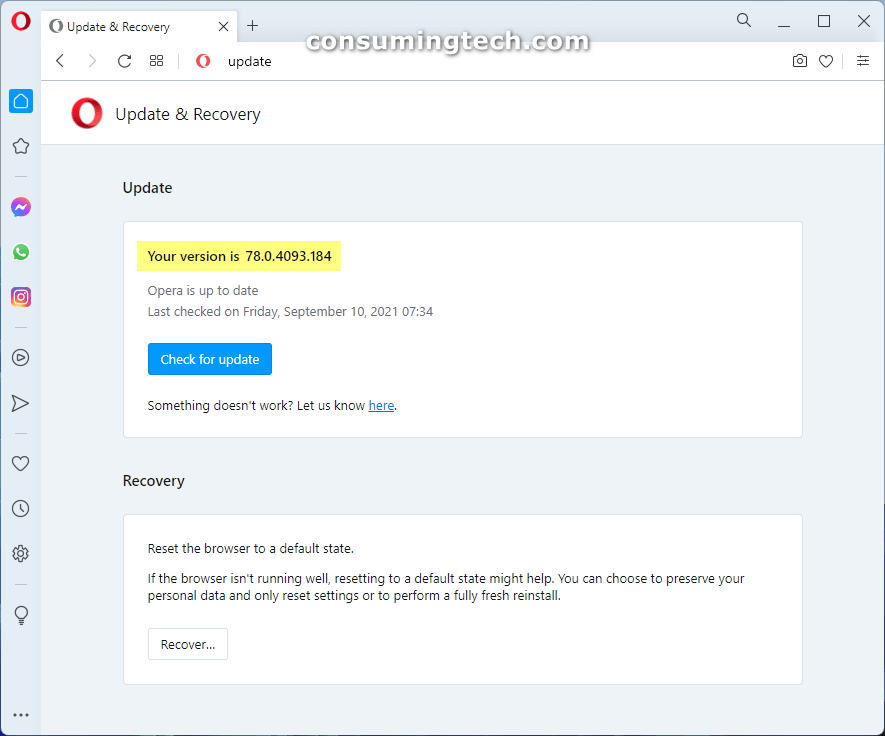 Some users are giving Opera suggestions on how the browser can be improved heading into the future, though their suggestions are not specific to problems that have occurred after this update. The update seems to be a smooth process for everyone so far. However, if you want to know the suggestions, one user has said Opera in Ubuntu Mate is a bad experience still because the shading flashes when the cursor is moved. Another user says Linux is showing ugly black popup borders. Another user is upset about the changes made to the Download Manager and would have preferred more simplicity with the button naming and gives suggestions such as returning to “Finished” and “Missing’Deleted.”

Mathew Diekhake is a certified Microsoft Systems Administrator from Australia and also the founder and editor of ConsumingTech.com. With a never ebbing desire to cover technology, he spends most days consumed by Windows, Linux, and Android in particular. However, he has spent innumerable hours learning consumer tech software in general, formally and as an autodidact, and has authored tens of thousands of tutorials and news articles since 2011. Mathew has obtained numerous Microsoft certificates and is a qualified sysadmin (MSCA). Read Mathew's full biography. Mathew's social profiles: Twitter, Facebook, Instagram, LinkedIn, Github
« Firefox 93.0b3 Released to Dev Channel» Brave 1.29.79 Better Retains Site Settings and More