This update has been released so that the Chromium foundation that the browser runs on could be updated to its latest build. 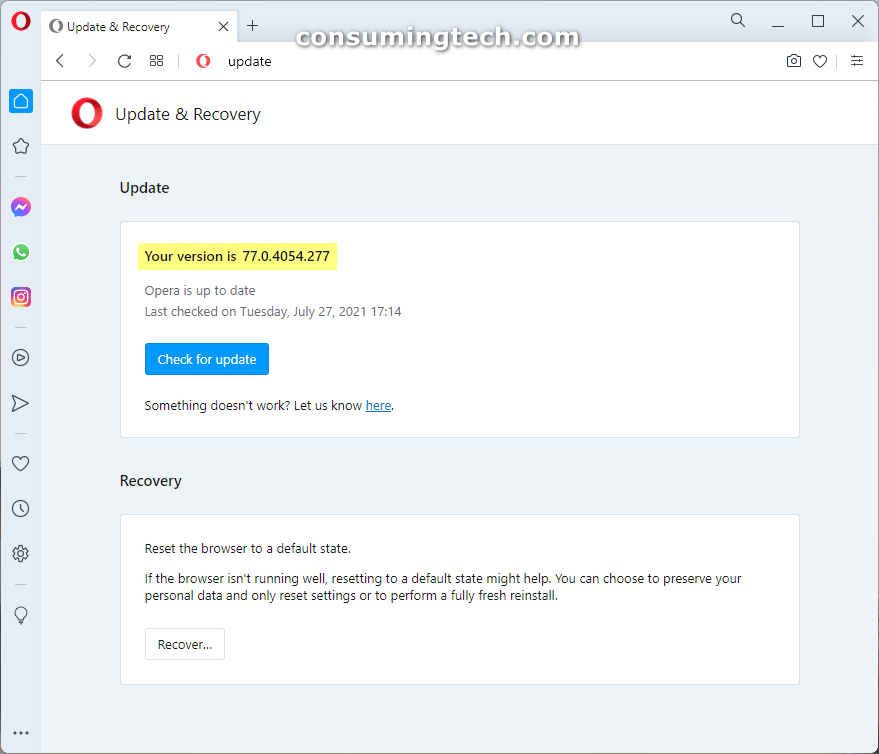 Additionally, it has also solved several problems that were discovered in previous Opera builds. You can read about them in the release notes below.

The changelog for this update:

One of the features made available to Opera browsers recently was the automatic theme matching with the operating system. There were some reports of it not working for some users back then, and there are still some people suggesting it isn’t working on macOS as it should.

Other users have taken offense to the ton of emoji icons that are displayed with the Pinboard tiles. The emojis are all laid out in a line without any organizing into categories and there are lots of them.

Mathew Diekhake is a certified Microsoft Systems Administrator from Australia and also the founder and editor of ConsumingTech.com. With a never ebbing desire to cover technology, he spends most days consumed by Windows, Linux, and Android in particular. However, he has spent innumerable hours learning consumer tech software in general, formally and as an autodidact, and has authored tens of thousands of tutorials and news articles since 2011. Mathew has obtained numerous Microsoft certificates and is a qualified sysadmin (MSCA). Read Mathew's full biography. Mathew's social profiles: Twitter, Facebook, Instagram, LinkedIn, Github
« Windows 10 KB5004296 Fixes Gaming Services for Desktop and More» Edge 92.0.902.55 Brings Security Updates for Chromium