The main reason for this update is to update Chromium 92-4093 to 92.0.4515.131. However, they have included more features as well. Some people were reporting Opera not starting after the browser window had been previously closed. There has been a new “Detach tab” entry in the tab menu. Mac users should now find Sidebar setup closing properly. And several crashes have been fixed. 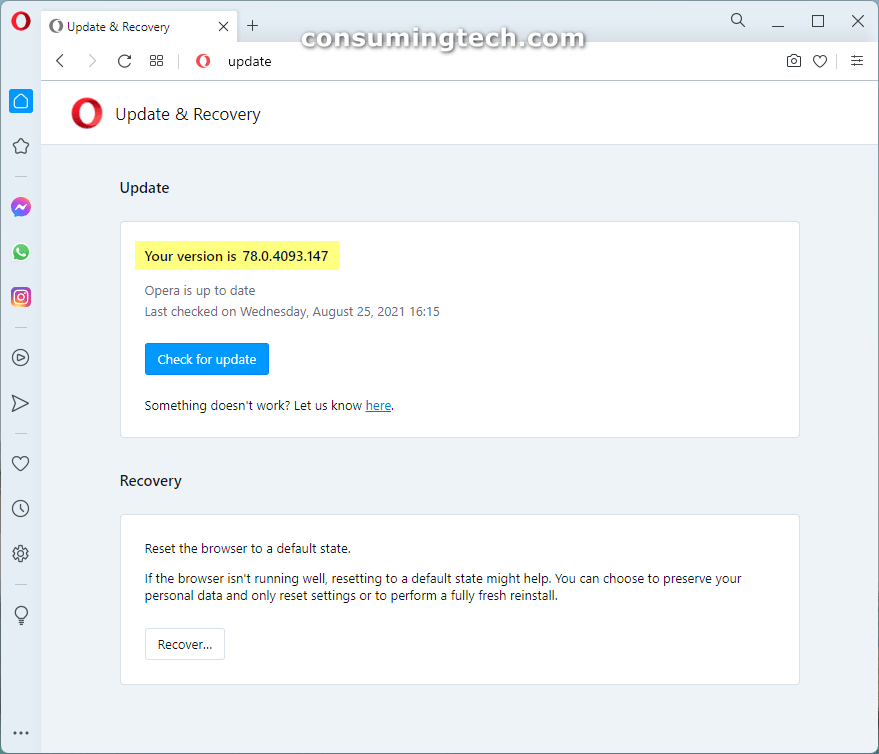 Once again, the enthusiastic Opera community isn’t short on any suggestions for future releases. One user would like to see changed the thick scrollbars that are visible when using task manager on KDE Plasma desktop environment in Linux. Another user would like to see pop-up videos have their sizes remembered for the next time the windows are opened. There are no major problems reported by the community after this update.

Mathew Diekhake is a certified Microsoft Systems Administrator from Australia and also the founder and editor of ConsumingTech.com. With a never ebbing desire to cover technology, he spends most days consumed by Windows, Linux, and Android in particular. However, he has spent innumerable hours learning consumer tech software in general, formally and as an autodidact, and has authored tens of thousands of tutorials and news articles since 2011. Mathew has obtained numerous Microsoft certificates and is a qualified sysadmin (MSCA). Read Mathew's full biography. Mathew's social profiles: Twitter, Facebook, Instagram, LinkedIn, Github
« Opera 78.0.4093.112 Adds Ability to Sort Pinboards in Overview» Edge 92.0.902.78 Released to Stable Channel