Firefox Dev 94.0b3 Brings 13 Bug Fixes, Including One for YouTube Video Stuttering

The Firefox browser has been updated to version 94.0b3. This update to the Dev channel was released on October 9, 2021. 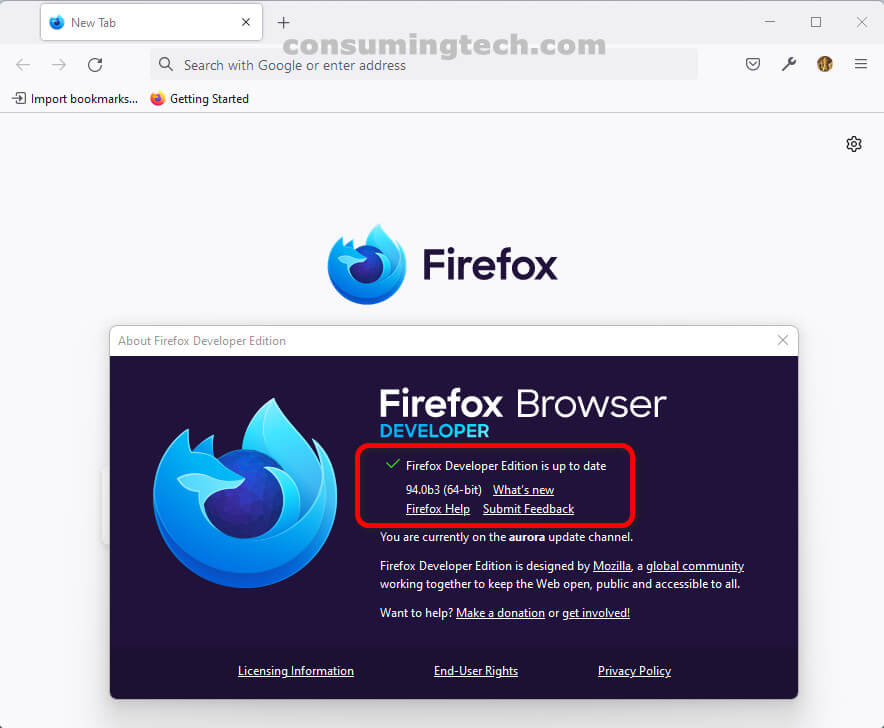 Firefox Dev 94.0b3 comes with a total of 13 bug fixes, which can be viewed from the changelog below. Of the 13 bugs, 11 of them were defects while two are new tasks that have been introduced.

The two new tasks that have been enabled are related to WebAssembly sandboxing. The two separate tasks appear to enable the same thing but just on different platforms as the 32-bit version of Windows seemingly demands its own file. As for the bugs that were addressed, there doesn’t appear to be anything noteworthy outside of a fix for YouTube videos that were known to be stuttering (I did see several people complaining about this).

The official changelog provided by Firefox:

Some users are claiming that the beta version of Firefox 94 are running smoother on linux than they were before. This can be seen in the rendering seepd in compairson to Firefox 93 on linux.

Mat Diekhake is the editor of ConsumingTech.com. He has been inseparable from the internet since Web 2.0 in 2005, and by 2008 decided on a career in IT. With a never ebbing desire to cover technology, he spends most days consumed by Windows, Linux, and Android in particular. Though he has spent innumerable hours learning consumer software in general, formally and as an autodidact, and has personally authored over 10,000 articles since 2010. He is a qualified Microsoft Windows systems administrator (MSCA). Read Mathew's full biography. Mathew's social profiles: Twitter, Facebook, Instagram, LinkedIn, and Github.
« Opera 80.0.4170.16 Adds Reader Mode Book Icon to Address Bar» Vivaldi 4.3.2439.39 Makes Minor Changes After Update to 4.3