A few days ago, we announced the coming together of the all-star jailbreak team, Evad3rs, consisting of many big names, including pod2g. Today, the Evad3rs launched their new website, and a iOS 6 – 6.1 jailbreak name, Evasi0n, to help kick it off with a bang.

The beauty with the new jailbreaking tool Evasi0n is, you will not have to scratch your head about trying to find out which iOS 6 version you might be running and then finding a corresponding jailbreak tool to get it done with. With Evasi0n, as long as it’s any of the iOS 6 releases, it will be able to be jailbroken with the new Evasi0n tool. 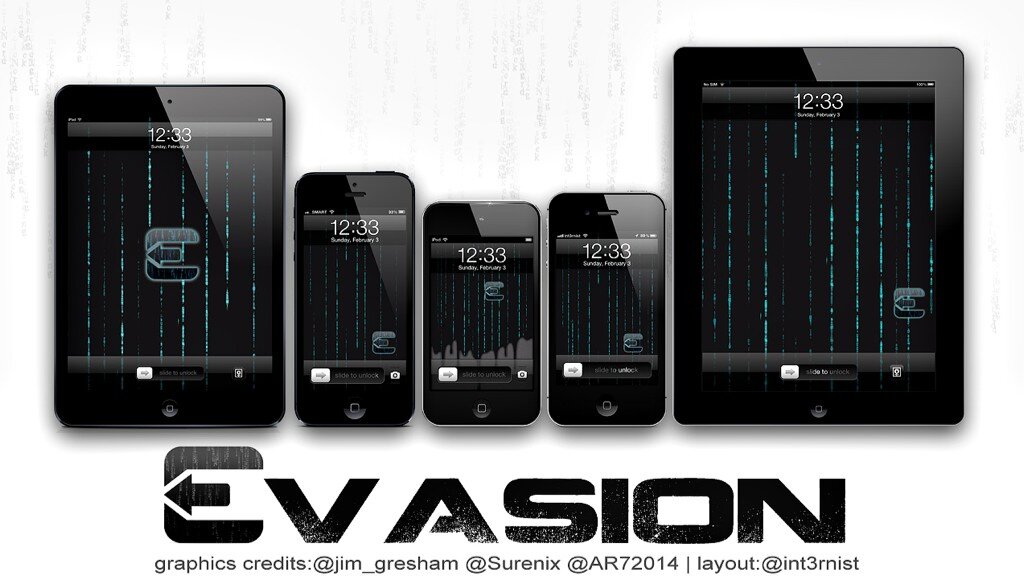 Worried about not having the correct computer in front of you for the job? Well, there’s no longer any need for that either. Evasi0n will even work on a Linux operating system. It seems simplicity – something iOS is lacking for hacking – has coincidentally been a point of emphasis when it comes to creating the new Evasi0n jailbreak tool. You can find out more on the topic from the featured clip below brought to you by iDownloadblog.

Although the jailbreak for iPhone 5 is not yet fully complete, the group has been able to dish out a rough timetable of when it can be expected. The rumor mills tell us to expect it out for Superbowl Sunday in only a few days time. While it is a rumor, it has been circulating for a few days now, and with big names jumping on board, there’s a good chance this rumor could come true.

If it does come true, that will be two for two for the Evad3rs team when it comes to releasing things on top of another occasion. Who said jailbreaking wasn’t professional?

Mathew Diekhake is a certified Microsoft Systems Administrator from Australia and also the founder and editor of ConsumingTech.com. With a never ebbing desire to cover technology, he is mostly consumed by Windows, Linux, and Android. However, he has spent stacks of hours learning about a variety of computer software, both formally and informally, and has authored tens of thousands of tutorials and news articles since 2011. Mathew has obtained many Microsoft certificates and is a qualified sysadmin (MSCA). Read Mathew's full biography. Mathew's social profiles: Twitter, Facebook, Instagram, LinkedIn, Github
« How to Flush DNS Cache in Mac, Windows and Linux» How to Jailbreak iOS 6.1 for iPhone and iPod Touch [Official]