How to Flush DNS Cache in Mac, Windows and Linux

DNS caches are entries that copy the internet domain names over to the IP addresses. A domain name system (DNS) has to cache on the web servers and also the client servers. Sometimes these caches can become cluttered and corrupted. If you think your computer may need a DNS cache clean, then you can perform what is known as a DNS flash. Read on to see how flushing a DNS cache is done for Microsoft, Apple and Linux systems.

How to flush the DNS cache for Windows:

Windows may well be the easiest to flush the DNS cache, much like it is with many things. To flush the DNS cache on a Microsoft Windows all you have to do is go to the command prompt. Do this by typing in “CMD” into the search bar, or inside the run box. Now that the command line is open type pconfig /flushdns followed by pressing enter. That’s it for Windows; your DNS cache will now be flushed. 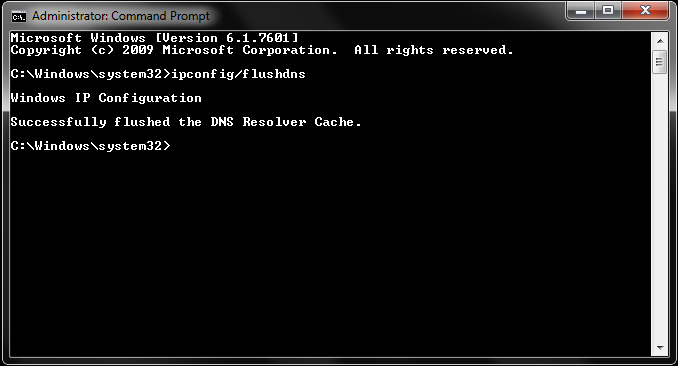 How to flush the DNS cache for Mac:

How to flush DNS cache for Linux:

Possibly the most difficult of all is the Linux kernel to flush. Mainly because there’s no chance of remembering the commands needed. To flush the DNS cache on a Linux computer type /etc/rc.d/init.d/nscd restart into the terminal.

That’s all there is to it. You should now be running problem free if you had a problem that was to do with the DNS cache.

Mathew Diekhake is a certified Microsoft Systems Administrator from Australia and also the founder and editor of ConsumingTech.com. With a never ebbing desire to cover technology, he spends most days consumed by Windows, Linux, and Android in particular. However, he has spent innumerable hours learning consumer tech software in general, formally and as an autodidact, and has authored tens of thousands of tutorials and news articles since 2011. Mathew has obtained numerous Microsoft certificates and is a qualified sysadmin (MSCA). Read Mathew's full biography. Mathew's social profiles: Twitter, Facebook, Instagram, LinkedIn, Github
« Intelliscreen X 6 Extends iOS Devices Notification Center to Lock Screen» Evad3rs Team Launches Website and Names iOS 6 – 6.1 Jailbreak Evasi0n