Pod2G and PlanetBeing Exposing More Vulnerabilities in iOS 6; Jailbreak Not Far Away

Now that Pod2G has finished making his PodDJ app, it didn’t take long for himself and PlanetBeing to expose new vulnerabilities in iOS 6, thus making a Jailbreak for it closer. So much closer, in fact, they both took to Twitter to tell the world about it.

“Made some nice progress today with @pod2g. I think I’ll try to reward myself with a nap.”“@planetbeing Oh yeah! 2 new vulnerabilities in a day, the chance was with us. But we still miss that initial code execution for a public jb :/.” 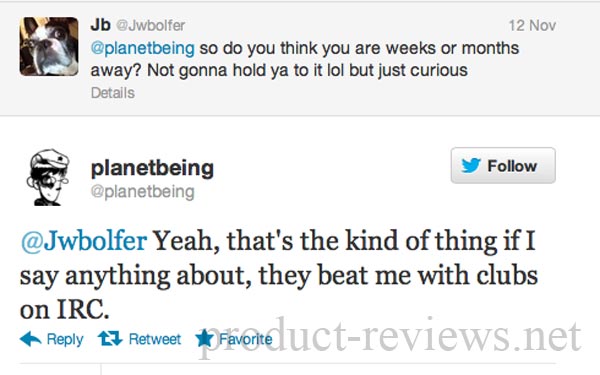 As you can see by the statement, there were two big leaps forward. However, the work is still not done to give the public a Jailbreak. Two out of three isn’t bad, though, especially in one day. One has to wonder if there was more funding and work put into Jailbreaking, just how much quicker they might be able to come up with solutions.

All of that might be a thing of the past, however, with Pod2G’s prediction of a more open iOS this year to take back users who have switched to Android because of the more openness of the firmware.

Mathew Diekhake is a certified Microsoft Systems Administrator from Australia and also the founder and editor of ConsumingTech.com. With a never ebbing desire to cover technology, he is mostly consumed by Windows, Linux, and Android. However, he has spent stacks of hours learning about a variety of computer software, both formally and informally, and has authored tens of thousands of tutorials and news articles since 2011. Mathew has obtained many Microsoft certificates and is a qualified sysadmin (MSCA). Read Mathew's full biography. Mathew's social profiles: Twitter, Facebook, Instagram, LinkedIn, Github
« Spectral Souls for Windows Phone 8 Released: First RPG Game for WP8» Tecno N3 Android Phone Specifications and Review