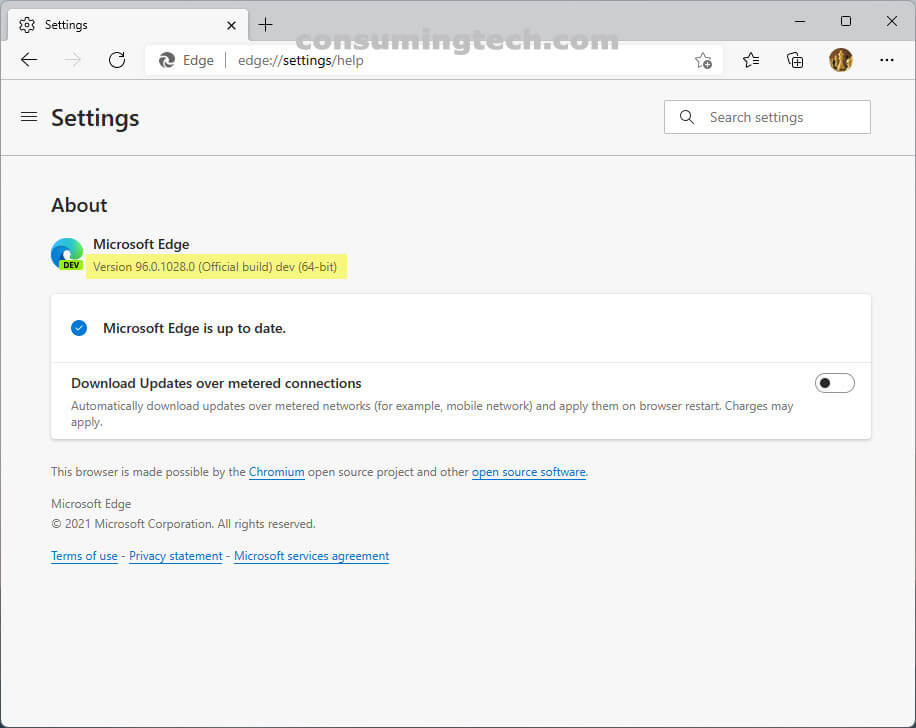 With this build, you can view Microsoft Office files that have been downloaded directly from the browser. Additionally, you can also edit the information of your payment card before uploading it to Microsoft Pay.

iOS users get a couple of new features: there is a new setting to restore tabs on startup, and you can swipe to close tabs now.

There are also several Chromium management policies that Microsoft has enabled support for. You can read them from the official changelog below.

The feature release notes for version 96.0.1028.0 provided by Microsoft:

Mathew Diekhake is a certified Microsoft systems administrator from Australia and also the editor of ConsumingTech.com. With a never ebbing desire to cover technology, he spends most days consumed by Windows, Linux, and Android in particular; however, he has spent innumerable hours learning consumer tech software in general, formally and as an autodidact, and has authored tens of thousands of tutorials and news articles since 2011. Mathew has obtained numerous Microsoft certificates and is a qualified sysadmin (MSCA). Read Mathew's full biography. Mathew's social profiles: Twitter, Facebook, Instagram, LinkedIn, Github, Reddit.
« Firefox 93.0b9 Is Final Beta Build for This Cycle and Brings Eight Fixes» Windows 11 Insider Preview 22468.1000 Adds Option to Turn Off Recent Searches and More