Build 94.0.992.1 comes with several new features. Once installed you can choose between whether or not you would like to show Microsoft Rewards points on your profile. You can also open local HTML files on iOS. And there is now a Downloads pop-up when using PWAs and websites that have been installed as apps. If you want to install a website as an app, you can do that from Edge’s settings menu by heading to Settings > Apps and then clicking on Install this site as an app. 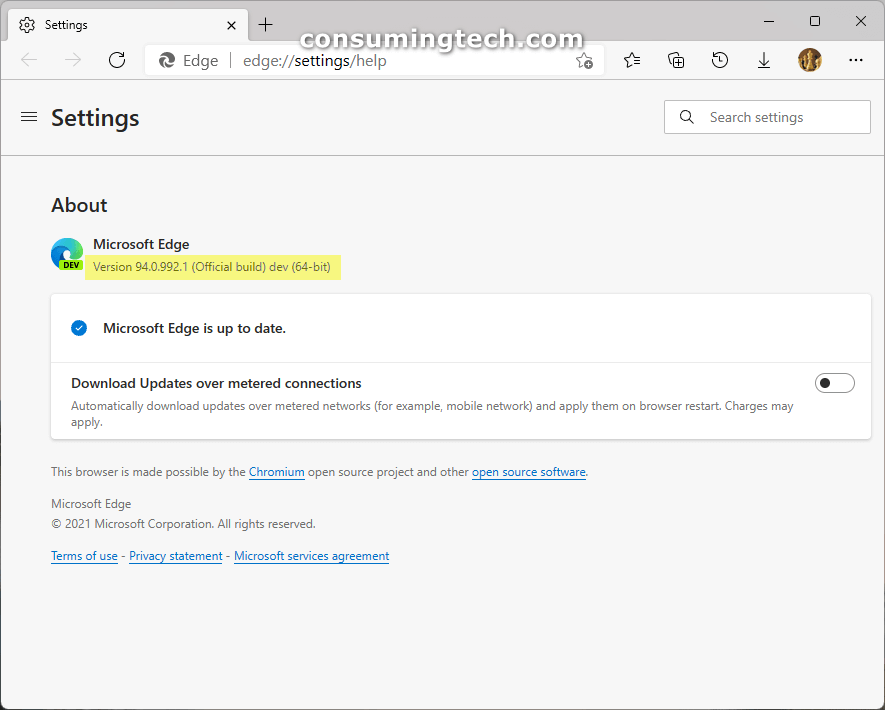 Here is the full changelog provided by Microsoft:

Microsoft is already aware of many known issues. You can find out what they are from here: Dev channel update to 94.0.992.1 is live.

Mathew Diekhake is a certified Microsoft systems administrator from Australia and also the editor of ConsumingTech.com. He has been inseparable from the internet since Web 2.0 in 2005 and by 2008 decided on a career within IT. With a never ebbing desire to cover technology, he spends most days consumed by Windows, Linux, and Android in particular; however, he has spent innumerable hours learning consumer tech software in general, formally and as an autodidact, and has authored tens of thousands of tutorials and news articles since 2011. Mathew has obtained numerous Microsoft certificates and is a qualified sysadmin (MSCA). Read Mathew's full biography. Mathew's social profiles: Twitter, Facebook, Instagram, LinkedIn, Github, Reddit.
« Edge 92.0.902.78 Released to Stable Channel» Edge 94.0.994.0 Released to Canary Channel