One of the new features some users have discovered is the flag that allows for the changing of fonts for all menus. It has been possible to change fonts on Windows OS for years. However, it has never been included as a regular default feature for an OS build, and never has such a feature been available in a major web browser before either. The flag you need to enable to change the fonts is called the “Enable Windows 11 Visual Updates” flag. 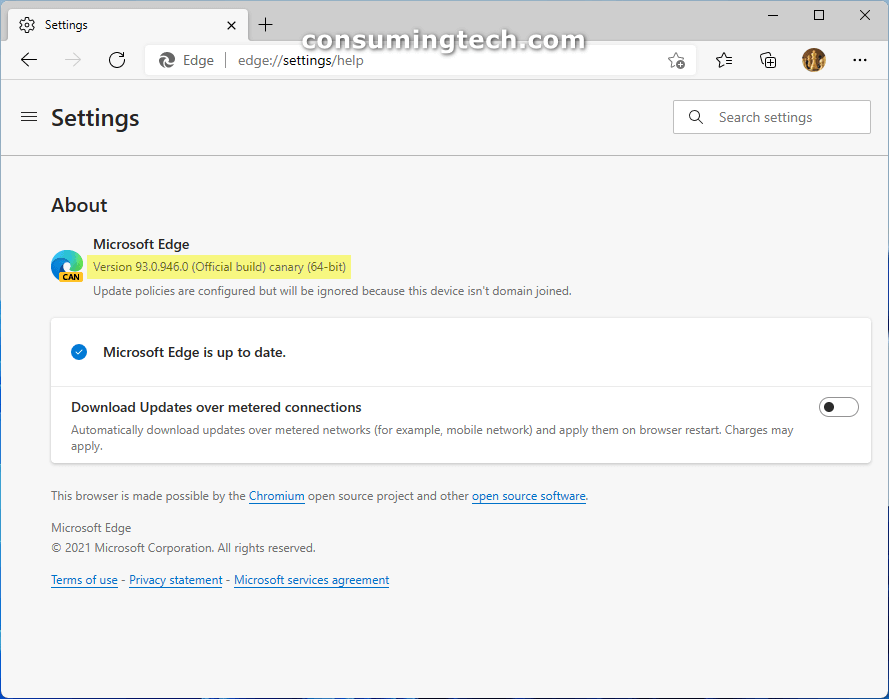 These changes are presumably only for within the Edge browser itself even though it’s called the Windows 11 Visual Updates; the reason for them being called “Windows 11 visual updates” is because you probably need to be running this Edge Canary build on Windows 11 to see the changes.

If you are a Windows 10 user and notice these changes in Windows 10 builds, please let us know in the comments.

Heads up #WindowsInsiders, those of you running Microsoft Edge Canary can preview Edge’s new visual design on Windows 11 by enabling the “Enable Windows 11 Visual Updates” flag under edge://flags! Give feedback! pic.twitter.com/hFjKXvvSmv

Mathew Diekhake is a certified Microsoft Systems Administrator from Australia and also the founder and editor of ConsumingTech.com. With a never ebbing desire to cover technology, he spends most days consumed by Windows, Linux, and Android in particular. However, he has spent innumerable hours learning consumer tech software in general, formally and as an autodidact, and has authored tens of thousands of tutorials and news articles since 2011. Mathew has obtained numerous Microsoft certificates and is a qualified sysadmin (MSCA). Read Mathew's full biography. Mathew's social profiles: Twitter, Facebook, Instagram, LinkedIn, Github
« Edge 93.0.933.1 Changes Browser to Show Tab Groups by Default» Chrome 93.0.946.0 Released to Stable Channel