The Edge browser has been updated to version 93.0.926.0. This update has rolled out to the Developer channel on June 19.

Version 93.0.926.0 comes with several noteworthy new features three of which — importing passwords from CSV file, the ability to change the font in the immersive reader, and Kids Mode — are now enabled by default.

Version 93.0.926.0’s main feature update revolves around saving you more power thanks to the Dark Theme controls and the new Efficiency Mode. Efficiency Mode used to be called Performance Mode in the previous Canary channel builds. 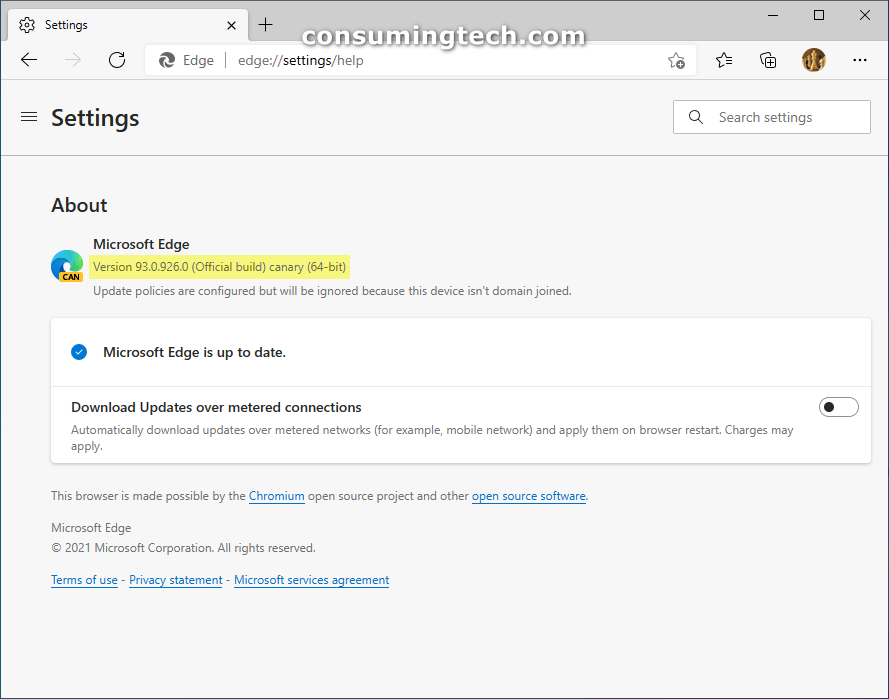 The following is the complete changelog provided by Microsoft for version 93.0.926.0.

The following reliability improvements can be found in version 93.0.926.0:

The following changed behavior has been added to version 93.0.926.0:

Mat Diekhake is the editor of ConsumingTech.com. He has been inseparable from the internet since Web 2.0 in 2005, and by 2008 decided on a career in IT. With a never ebbing desire to cover technology, he spends most days consumed by Windows, Linux, and Android in particular. Though he has spent innumerable hours learning consumer software in general, formally and as an autodidact, and has personally authored over 10,000 articles since 2010. Microsoft awarded him numerous certificates resulting in him becoming a qualified Windows systems administrator (MSCA). Read Mathew's full biography. Mathew's social profiles: Twitter, Facebook, Instagram, LinkedIn, Github, Reddit.
« Edge Dev 93.0.916.1 Enables Chromium to Control if CECPQ2 is Enabled, More» Chrome 91.0.4472.114 Patches Four New Zero-Day Vulnerabilities